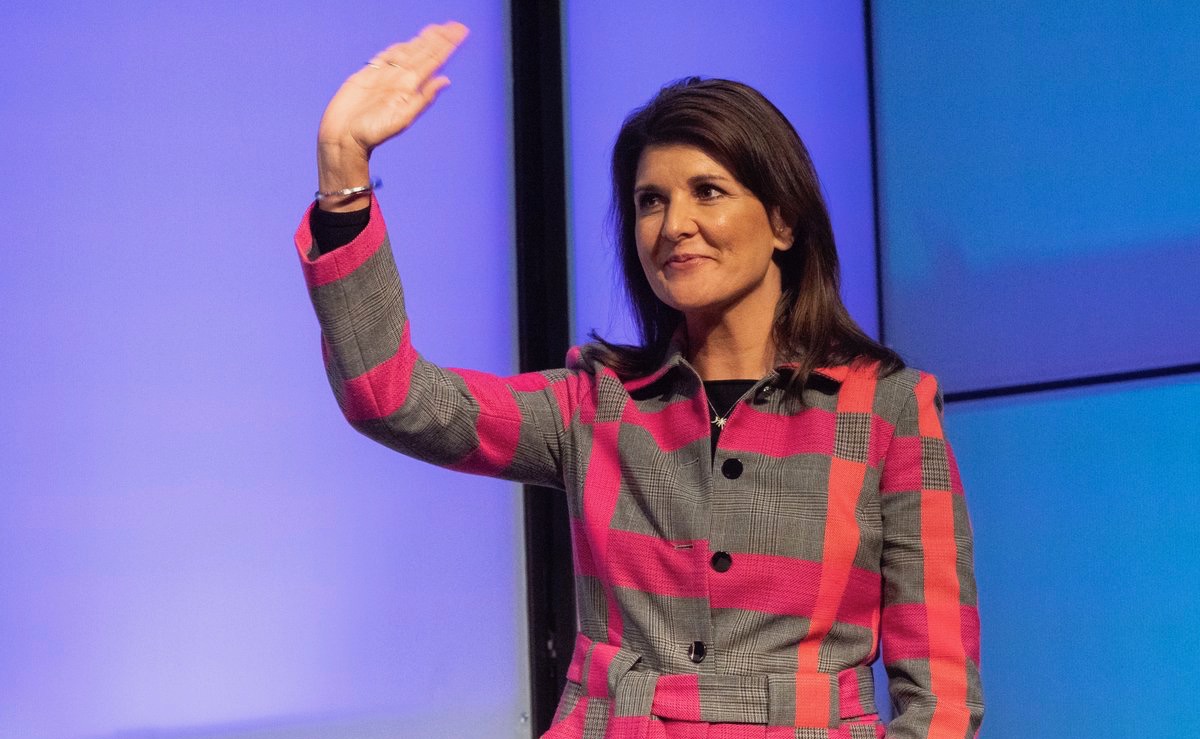 Former United Nations ambassador Nikki Haley resigned from the board of crony capitalist aerospace giant Boeing this week – roughly a year after she was offered a seat in apparent payback for official actions that benefited the company during her tenure as governor of South Carolina.

Specifically, Haley claims to be opposed to Boeing’s request for a bailout from U.S. taxpayers as it reels from the impact of the 2019-2020 coronavirus (known officially as 2019-nCoV or COVID-19) – and previous issues related to the safety of its planes.

The announcement of Haley’s resignation – which one again telegraphed her transparent national ambitions – was formally made in filings submitted by Boeing to the U.S. Securities and Exchange Commission (SEC).

Ambassador Haley informed the Company that, as a matter of philosophical principle, she does not believe that the Company should seek support from the Federal Government, and therefore decided to resign from the Board.

Wait a minute … as a “matter of philosophical principle,” Nikki Haley does not believe Boeing should seek support from the government?

Wow … given her history as a pro-Boeing crony capitalist, that statement is almost as brazen and opportunistic a flip-flop as the Confederate flag dance she jigged back in 2015.

In a letter submitted to the corporation chief executive officer David Calhoun dated March 16, 2020, Haley added that she could not support a bailout for Boeing that “prioritizes our company over others and relies on taxpayers to guarantee our financial position.”

“I have long held strong convictions that this is not the role of the government,” Haley wrote.

Again, that is some particularly rich hypocrisy … especially considering Haley signed legislation in 2013 awarding Boeing a whopping $120 million in taxpayer-funded subsidies.  The crony capitalist giant has received more than $1 billion in taxpayer-funded subsidies or guarantees from Palmetto State taxpayers since 2009 – including $400 million in up-front proceeds from government-issued bonds to build a manufacturing facility in North Charleston, S.C.

The company also received another $306 million in property tax breaks in connection with its taxpayer-funded incentives tab.

In addition to supporting these handouts, Haley frequently leveraged the influence of her office on behalf of Boeing.

For example, she was a steadfast and vocal (albeit hypocritical) opponent of unionization at Boeing’s South Carolina facility – frequently using her bully pulpit to campaign against organized labor’s efforts to gain a foothold in the Palmetto State.

Her efforts were successful, too, although the International Association of Machinists and Aerospace Workers (IAM) was eventually able to establish a small beachhead at the facility.

Boeing is struggling mightily. Even before the coronavirus hit – grinding global air travel to a halt – the company was already scaling back production of its 787 Dreamliner. And then there is the 737 Max fiasco – in which air safety regulators around the world grounded Boeing’s newest passenger jet after two fatal crashes that left a combined 346 people dead.

In addition to problems with the 737 Max (above), Dreamliners have also come under scrutiny for various production issues – including problems emanating from the North Charleston plant.

That is a staggering 77.3 percent decline from its highest point and a 69.7 percent drop-off within the last month.

As for the politics associated with Haley’s latest overt national machination, the reviews were mixed – although one of her longtime critics acknowledged its adeptness.

“Back in grade school we would have called such a move ‘slicker than snot,'” our intrepid D.C. Operative noted. “I had gross friends. Still, it’s a spectacular political move.”

One of Haley’s female political rivals also credited her for making a “very smart play.”

Not everyone was impressed, though.

A national operative with South Carolina connections blasted the move as “incredibly selfish theater” and said Haley was making political hay at the expense of Boeing employees and their families.

“What do you tell the tens of thousands of families who either work directly for Boeing or in support companies?” the operative told us. “They will be destroyed.  I know, government should not pick winners or loser.  But this is not about a big company.  This is about those families.  And (she) said, Let them eat cake!”

Our view? Say what you will about Haley – and we’ve said plenty about her inherent dishonesty and chronic hypocrisy – but a time when no one in the world is paying attention to political maneuvering (either with regard to 2020 or 2024), she has once again figured out a way to command the stage.

And so far, the national press is completely ignoring her hypocrisy on this issue – as are the local papers in her native South Carolina. According to reporter John McDermott of The (Charleston, S.C.) Post and Courier, Haley apparently just happened to be “in office” at the time Boeing got rich off Palmetto State taxpayers.

“While she was in office in 2013, Boeing announced a $1 billion expansion that came with $120 million in economic incentives from the state,” McDermott reported.

‘Death Isn’t The Only Thing That Quantifies This’: Lowcountry Reporter Hospitalized With COVID-19

Coronavirus: South Carolina Schools Shuttered Through The End Of April