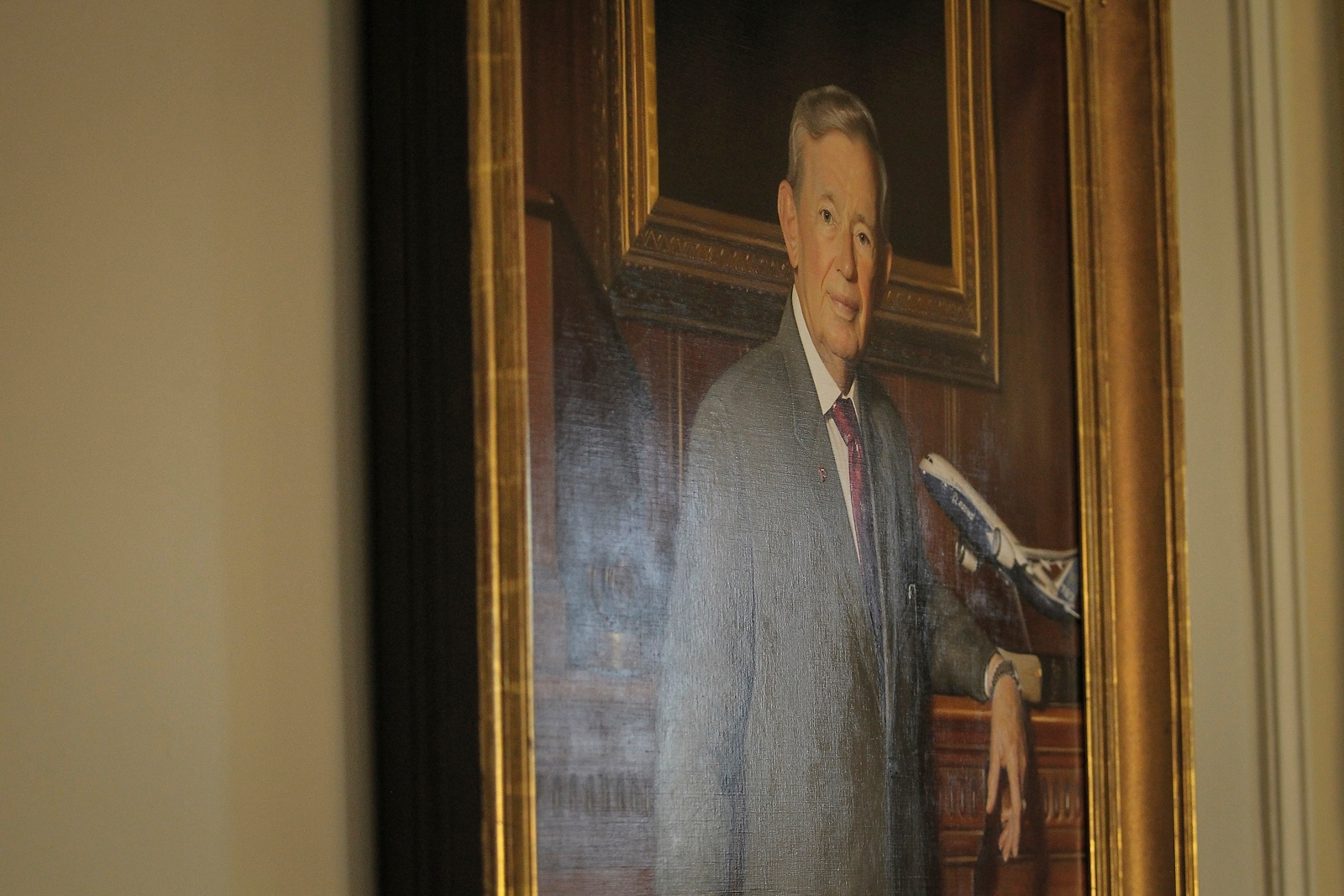 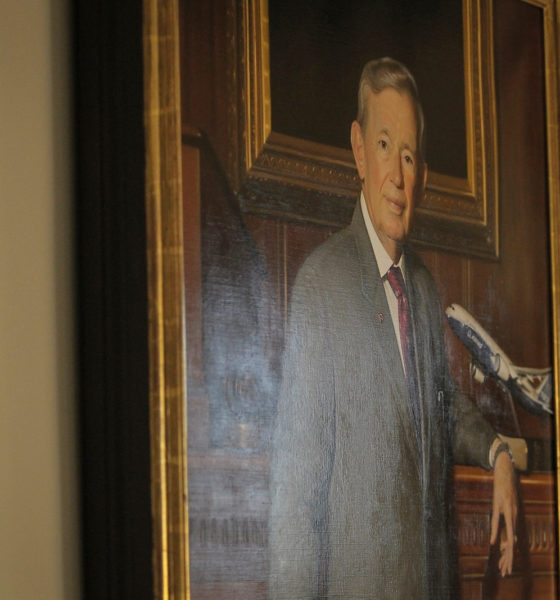 Intimates of influential South Carolina Senate finance committee chairman Hugh Leatherman have a humorous anecdote they like to share whenever the topic of conversation turns to his plans to retire from the S.C. General Assembly. The punch line? Leatherman has no plans to retire.

“The funerals are bigger when you die in office,” the 89-year-old legislative leader is fond of saying, according to these sources.

Accordingly, speculation regarding the end of Leatherman’s lengthy reign as the most powerful lawmaker in Palmetto State government has always been just that … speculation.

Leatherman – a “former” Democrat – was first elected to the S.C. Senate in 1980. He has been there ever since, amassing unrivaled institutional influence and accumulating unprecedented political power over the intervening decades (especially when it comes to steering appropriations within the state’s $30 billion annual budget). At one point or another, Leatherman has been the Senate’s president, its majority leader and its budget chairman – often holding two of these three offices simultaneously.

Has the native of Lincoln county, North Carolina – who turns 90 tomorrow – used this power for good? No, not really. In fact, he is arguably the most aggressive defender of a failed status quo which has held the Palmetto State for multiple decades on multiple fronts.

“Reformers have been waiting on him to die for a long time,” one S.C. State House lobbyist told me recently.

Whoa … harsh, but not inaccurate.


On taxes, spending, education, infrastructure … you name it … Leatherman has consistently placed bureaucratic interests (and special interests) ahead of the best interests of South Carolina citizens and taxpayers. Which is why his recent assertion that he wanted to leave the Palmetto State ” better than I found it” rang so hollow to this author.

Clearly, South Carolina is not better off thanks to Leatherman’s “leadership,” which has been geared exclusively around growing state government at the expense of the private sector (well, notwithstanding market-distorting “crony capitalist” deals) ever since the GOP took control of the legislature in 2001. Still, I must acknowledge a grudging respect for this career politician – inasmuch as it relates to his skill in ruthlessly amassing and maintaining power.

After four decades in office, though, Leatherman’s reign may finally be winding down – although he still has three years left on his most recent term in office, which he won last November against token opposition.

Why renew the speculation, then?

According to my sources, Leatherman underwent a medical procedure recently – although these sources did not have any details as to what sort of procedure it was (or what the outcome of it was).

“At ninety, any procedure is a big deal,” my source said.

Regular readers of this news outlet will recall health issues have dogged Leatherman for more than a decade. In December 2014, the diminutive ex-Democrat collapsed at a museum opening in Florence, S.C. and nearly died.  Six years before that he had some sort of seizure at a restaurant in Columbia, S.C.

Certainly I do not wish ill health on anyone … and as much as I have criticized Leatherman over the years, I genuinely hope he is okay. People who wish death or suffering on others – for any reason – are part of the problem in politics, irrespective of their ideological orientation.

But it wasn’t just another health issue involving Leatherman that has set tongues a-wagging at the S.C. State House. According to multiple sources, the aging politician is returning campaign contributions sent to his 2024 reelection account. I received a call on Monday morning related to a group of donors who apparently received returned checks from Leatherman earlier this month – which these donors viewed as curious considering the contributions were not linked to any pressing issue currently before state government.

“They were typical bundles,” a source told me.

Shortly thereafter, a Midlands, S.C. businessman who backed Leatherman’s reelection bid in 2016 – the last time he was credibly challenged – told me that he, too, had received a returned check.

All of these sources said the checks were returned without explanation – accompanied by a brief letter from Leatherman thanking them for their support.

A quick check of Leatherman’s latest campaign finance filings with the S.C. State Ethics Commission (SCSEC) was instructive. According to his latest report – filed over the weekend – his campaign took in only $3,000 during the quarter ending March 31, 2021. Such a low amount is not necessarily surprising when you consider Leatherman was just reelected last fall and (assuming he runs again) will not see his name appear on the ballot again for another three-and-a-half years. However, Leatherman raised nearly $30,000 during the equivalent quarter four years ago … and was obviously not returning checks en masse during that election cycle.


Sources close to the legislative leader have been telling me with increasing frequency of late that Leatherman is tired – having expended nearly all of his political capital to advance a questionable bond bill. This legislation – which I and other taxpayer advocates oppose – would subsidize the ongoing construction of a government-run port terminal in Charleston, S.C. that bears Leatherman’s name.

The terminal – owned and operated by the scandal-scarred, results-challenged S.C. Ports Authority (SCPA) – is behind schedule and over budget, which now that I think of it makes it a fitting tribute to Leatherman’s legacy. According to our sources on the Charleston waterfront, additional cost overruns are likely as the terminal allegedly has structural issues that must be resolved. Oh, and there are also problems with organized labor looming on the horizon, too.

In other words, it has been one headache after another for Leatherman lately …

Still, the fact that the state’s longtime political “Godfather” is returning checks to donors is a surprising move.

“Weird he would signal that so soon,” one Senate insider told me this week, referring to Leatherman effectively announcing his intention not to seek another term.

Make no mistake: The void that would be created in the event Leatherman were to leave the Senate (however that happened) would be immense – and unlikely to be filled by just one person. Like him or not, the man is an institution in Palmetto politics – and you don’t just “replace” institutions, you try to straddle the event horizon accompanying their collapse and gradually adapt to the new reality created by their absence.

Stay tuned: I intend to keep a close eye on these developments … and all the attendant jockeying.

UPDATE: According to my State House sources, Senate staffers announced this afternoon that Leatherman was “resting” in Florence, S.C. as his committee began the work of debating provisos in the state budget.