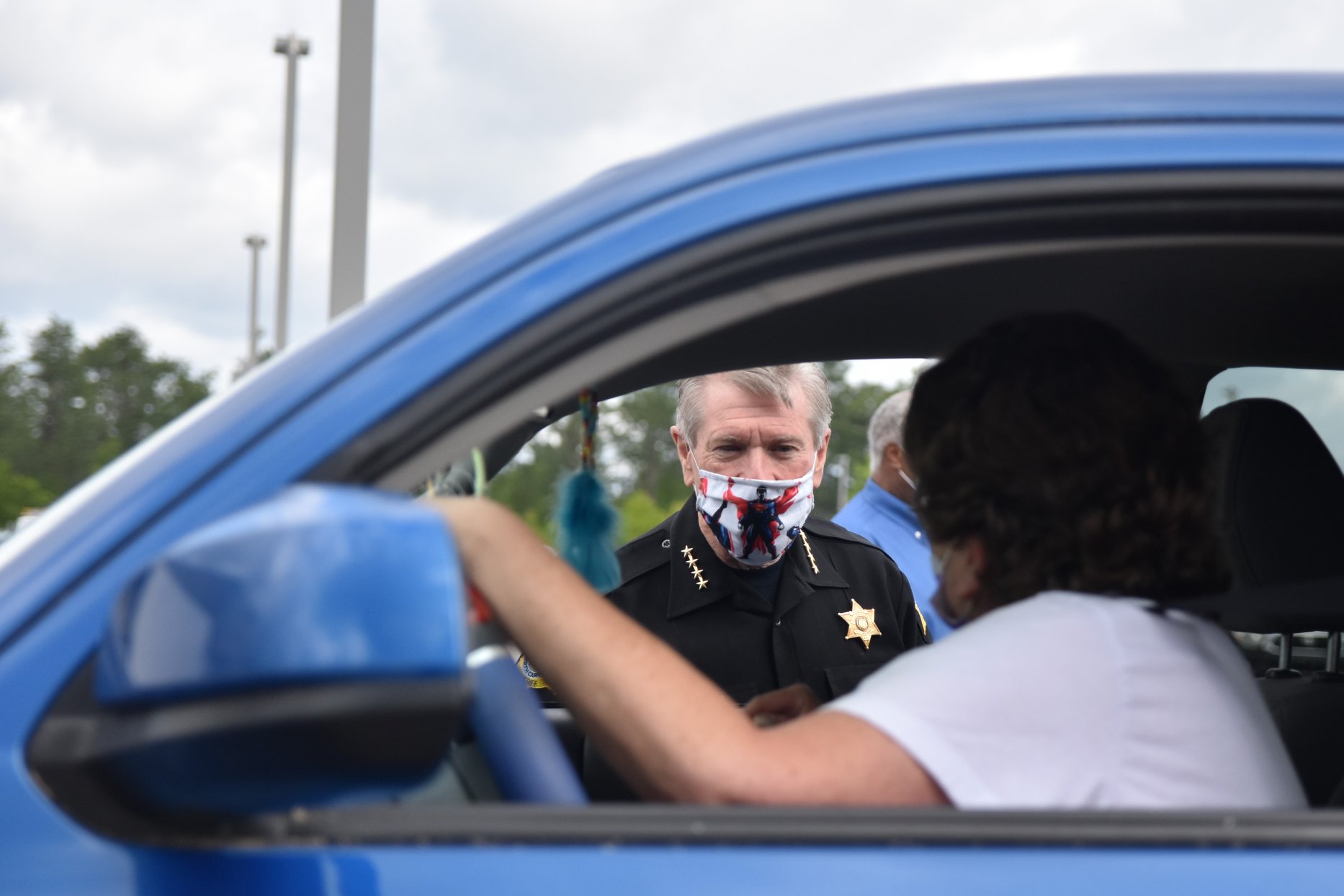 While The (Columbia, S.C.) State newspaper has endorsed Kirkman Finlay in the race for South Carolina House District 75 (the only district won by Hillary Clinton in 2016 that is currently occupied by a Republican), the paper’s newsroom has continued its all-out assault on the GOP incumbent.

The latest broadside? A story claiming Finlay fabricated an endorsement from Richland county sheriff Leon Lott – one of the most prominent, popular Democratic politicians in the Midlands region of the state.

Lott allowed his picture to be used in the mailing, we are told, but did not furnish the Finlay campaign quote. Accordingly, the mailing instead quotes Finlay – who referred to his fifteen-year “great working relationship” with the sheriff.

“When Richland County needs help with public safety issues, he knows who to call,” Finlay said in the mail piece.

Democrats have assailed the mailing as a “fraud on the public.”

Last time we checked, the fraud was being perpetrated in the other direction … (see here, here, here and here, for examples).

In fact, we are told that even after being provided with evidence (.pdf) that one of the core Democratic attacks against Finlay was demonstrably false – The State has refused to issue a correction or retraction.

Nor has the paper investigated how Finlay’s opponent obtained some of the information he has been using in his disingenuous broadsides against the incumbent.

But all of this buries the lede …

Lott confirmed to The State that he is remaining “neutral” in the race for this Columbia, S.C. district, an enclave of common sense centrism in what has become a notoriously corrupt and incompetent county …

That strikes us as the real story …

Why would the most influential Democrat in Richland county refrain from endorsing Finlay’s Democratic opponent?

One possible reason is that the Democratic nominee in this race – attorney Rhodes Bailey – is paid by taxpayers to try and get criminals out of jail after Lott and his officers go to the trouble of arresting them (and after the local solicitor goes to the trouble of charging them).


Oh, and thanks to South Carolina’s increasingly left-of-center judiciary, Bailey is getting plenty of help as he works tirelessly to put lawbreakers back on the streets.

By contrast, Finlay has fought ever since he was elected to hold judges accountable for how their rulings impact public safety.

“Certain judges need to understand their job is to protect citizens, not to be lenient on criminals,” Finlay said back in 2013. “Everyone deserves a second chance, but not unlimited and unsupervised chances.”

More importantly, Finlay has worked within the community at the grassroots level to try and address the core issues that fuel elevated lawlessness. And has done so using his own money, not taxpayer dollars.

Make no mistake: Violence is elevating faster than ever in the Palmetto State … especially in this district.

So while Lott is not lending his imprimatur to Finlay in this race, it is critically important to note that he is also not backing his Democratic opponent.

That, frankly, speaks volumes to us as to which candidate would support law enforcement in its bid to protect the citizens of this district during a period of peak uncertainty about public safety.

And which candidate wouldn’t …