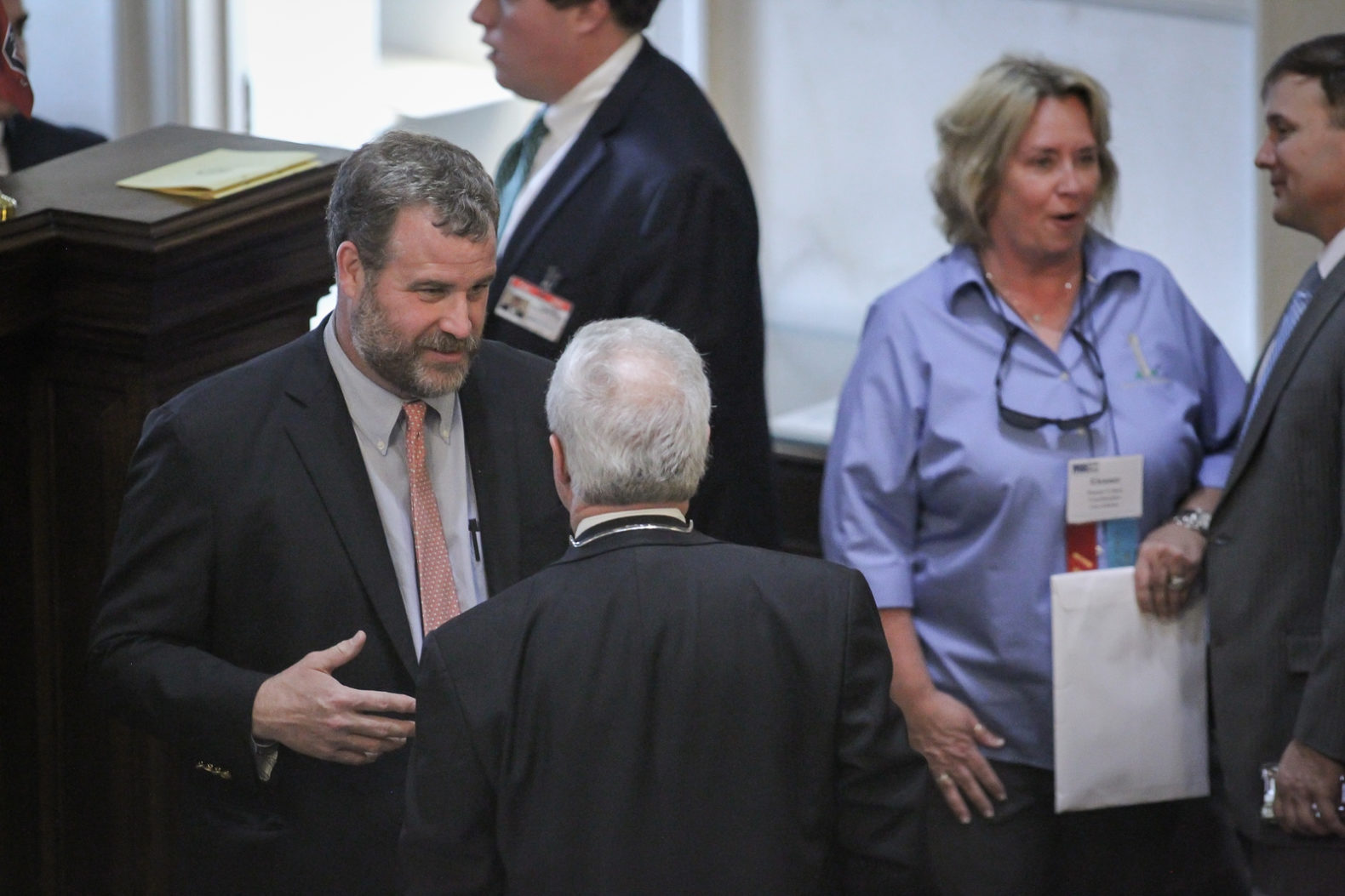 The funny thing about the race for South Carolina House District 75 (.pdf) is that Democrats should be running away with this election. Seriously … this downtown Columbia, S.C. district is the only GOP-controlled seat in the entire Palmetto State legislature that was claimed by Hillary Clinton in 2016.

Literally the only one …

Unfortunately for the perpetual minority party, though, the incumbent in this district – state representative Kirkman Finlay – has a mile-wide independent streak and a lengthy record of watching out for his constituents.

“Finlay is one of the few lawmakers at the S.C. State House who can be trusted to put the people he represents first,” we noted in a recent post. “Even if that means standing up to GOP leaders.”

You know … like he did last year in opposing a corporate giveaway to liberal billionaire David Tepper, owner of the National Football League (NFL)’s Carolina Panthers.

Just this week, The (Columbia, S.C.) State newspaper echoed our praise in its own endorsement of Finlay – touting his “proven ability to tackle tough legislative issues in an effective manner.”


“While Finlay, 50, rarely grabs headlines for his work in the State House, he has developed a reputation as a pragmatic lawmaker who looks to solve problems rather than exacerbate them,” the paper’s endorsement noted. “As our state continues to recover from the pandemic and the daunting challenges it will continue to pose, Finlay’s practical ‘I’m a workhorse, not a showhorse’ mindset will be needed more than ever.”

As part of his efforts to put his constituents first, Finlay recently went to bat for McEntire Produce – a “family-owned, fresh produce processor” located in lower Richland county. Specifically, he challenged a determination by the S.C. Department of Revenue (SCDOR) that the company was improperly applying a sales tax exemption to certain purchases related to its manufacturing operations.

According to Finlay’s Democratic opponent, though, the lawmaker “gave his buddy a special tax break.”

Actually, no … what Finlay did was support a budget proviso that blocked SCDOR from improperly collecting this tax before the appropriate state court had ruled on its legality.

Last September, the S.C. Administrative Law Court (SCALC) ruled that SCDOR had indeed improperly attempted to tax McEntire on dozens of items that were legally exempt from taxation.

So to recap: Finlay stood up for a business in his district that was being unfairly taxed. And was proven correct on the law.

How corrupt of him, right?

This aloof attack is the latest “swing and miss” by Democrats in their increasingly aggressive bid to take this seat. Earlier this month, we reported on a claim from Finlay’s opponent that the fourth-term lawmaker had sold his influence at the S.C. State House. The only problem? It turned out Finlay actually argued against the interests of a company that entered into a lease option on one of his properties.

Adding another layer of intrigue to the story? The wife of Finlay’s opponent is employed as an attorney by SCDOR – the agency embroiled in the tax dispute against McEntire Produce. We wonder … was she involved in leaking this information to her husband’s campaign?

If so, we have two words of free campaign advice for her: Aim better.

Once again, in the interests of full disclosure Finlay is a close, personal friend of our founding editor Will Folks. And his burger joint – Pawleys Front Porch – advertises on our website. So we are certainly not impartial when it comes to this race.

But it takes a special kind of stupid to attack a representative for standing up for a business in their district … or to attack an elected official for arguing against their own financial interests.