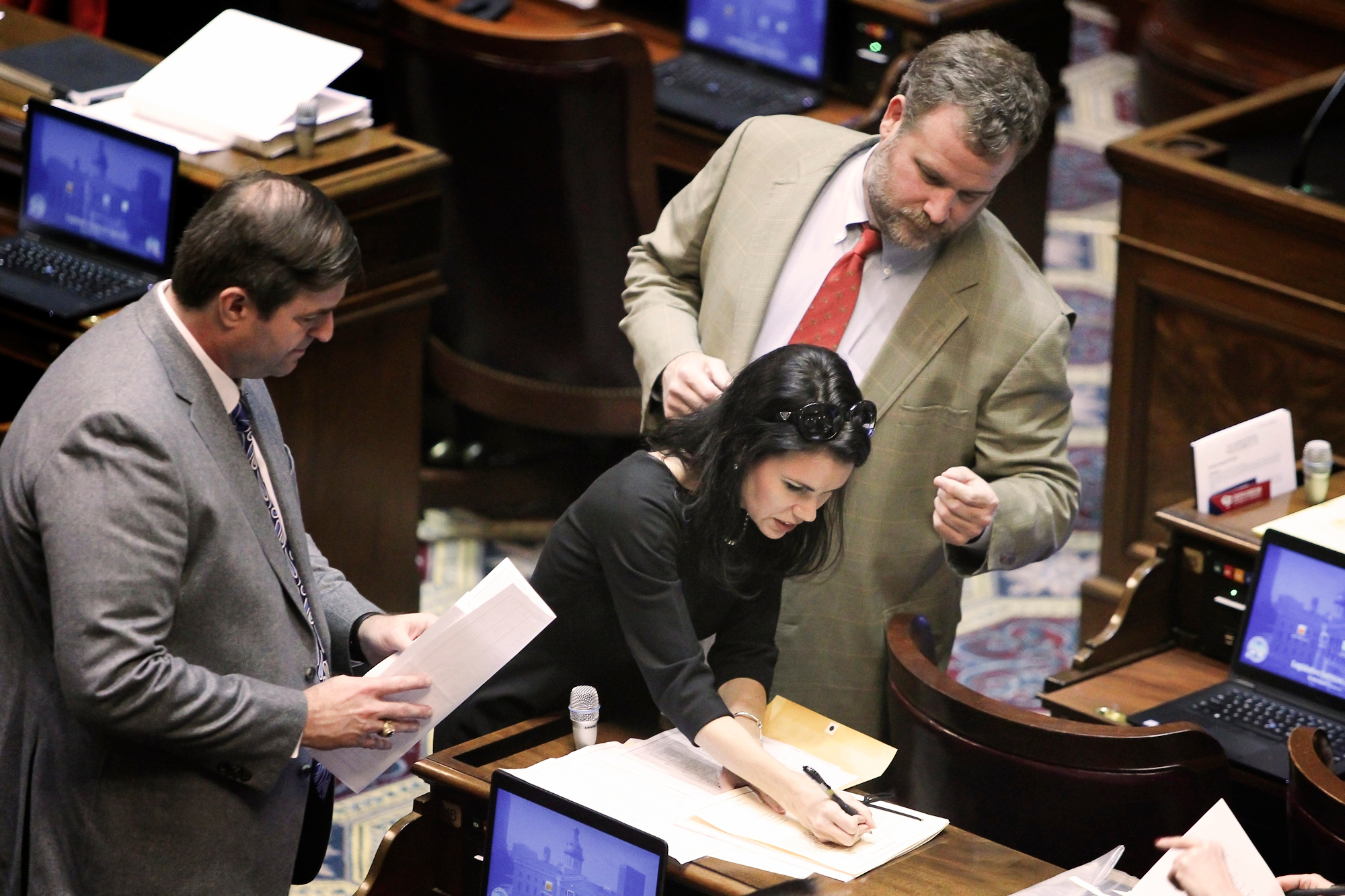 Seriously … how many strikes are we allowing these days?

These repetitive whiffs are particularly damaging to Democrats considering S.C. House District 75 (.pdf) is the only GOP-controlled seat in the entire Palmetto State legislature that was claimed by Hillary Clinton in 2016.

Which means capturing this seat should be a lay-up …

Of course, if at first (second and third) you don’t succeed, you can always slap shopworn lies on a couple of slick campaign mail pieces.

The claims made on these mail two pieces are indeed galling …

“A Florida company is paying Kirkman Finlay while he votes to sell South Carolina’s public utility,” one of the mail pieces alleged.

Another referred to this alleged scandal as an example of the Columbia, S.C. lawmaker receiving “Kirkman Kickbacks.”

That’s alliteratively brilliant … but unfortunately for Democrats desperate to capture this competitive Columbia, S.C. seat, alliteration is where the genius stopped.

As we reported earlier this month, these mailings – and their underlying earned media coverage – revolve around a business deal Finlay entered into back in 2017 with Florida-based NextEra Energy. At that time, the company purchased a $15,000 annual option to lease land owned by Finlay as a possible site for a solar farm.

Why is this relevant? Well, NextEra is the company that submitted the winning bid to purchase South Carolina’s spectacularly failed government-run utility, Santee Cooper.

You know, the failed bureaucracy that has to rely on state courts to enforce its anti-competitive, job-killing monopoly in certain parts of the state …

Finlay has been very involved in this debate … just not in the way Democrats are alleging.


Earlier this year, leaders in the S.C. General Assembly voted to defer action on NextEra’s $9.6 billion bid to purchase Santee Cooper – arguing governor Henry McMaster had failed to drive a sufficiently hard bargain with the company.

We agreed, arguing McMaster “clearly failed to negotiate the most compelling offers for the legislature to consider” – although in fairness no other utility came close to approaching NextEra’s offer (especially when it came to addressing Santee Cooper’s mountain of debt).

Here’s the thing, though: If Finlay was on the take for NextEra, he had a funny way of showing it.

Not only did the 50-year-old farmer/ small businessman push McMaster to negotiate a better deal, he also voted to preserve Santee Cooper’s option to “reform” itself – a path which (while illusory) represents the gravest threat to NextEra’s proposed purchase of the utility.

So instead of voting to sell the utility (as the mailer attacking him falsely claimed), Finlay instead voted not to sell it. And insisted the company wanting to purchase it to up the ante …

“Not only did Finlay push NextEra to come up with a better deal, he declined to shut down the primary alternative to its purchase plan (even though he could/ should have),” we noted in our original coverage of this issue.

In other words, Finlay acted in the best interests of taxpayers (and against the interests of the company looking to lease his land).

And Democrats think this is a valid line of attack?

Such poorly wagered broadsides have been par for the course in this race, but Democrats are having trouble getting any of them to stick given Finlay’s lengthy record of looking out for his constituents.

Finlay has even been endorsed by The (Columbia, S.C.) State newspaper – which cited his “proven ability to tackle tough legislative issues in an effective manner.”

“(Finlay) has developed a reputation as a pragmatic lawmaker who looks to solve problems rather than exacerbate them,” the paper’s endorsement noted. “As our state continues to recover from the pandemic and the daunting challenges it will continue to pose, Finlay’s practical ‘I’m a workhorse, not a showhorse’ mindset will be needed more than ever.”

Worth noting? The money for these false attacks appears to be coming from two primary sources: Out-of-state donors and attorneys. On the latest campaign finance disclosure reports filed with the S.C. State Ethics Commission (SCSEC), we counted more than 225 out-of-state contributions and more than 200 contributions from attorney flowing into the coffers of Finlay’s opponent.

No wonder there is, um, “frustration” building within Democratic circles over the conduct of this election.

Once again, as we acknowledge in all of our coverage of this race Finlay is a close, personal friend of our founding editor Will Folks. And his burger joint – Pawleys Front Porch – advertises on our website.

“We are certainly not impartial when it comes to this race,” we often note.

But with these ham-fisted attacks, Democrats are making it far too easy on us to defend our friend, who is one of the few truly independent voices at the S.C. State House.