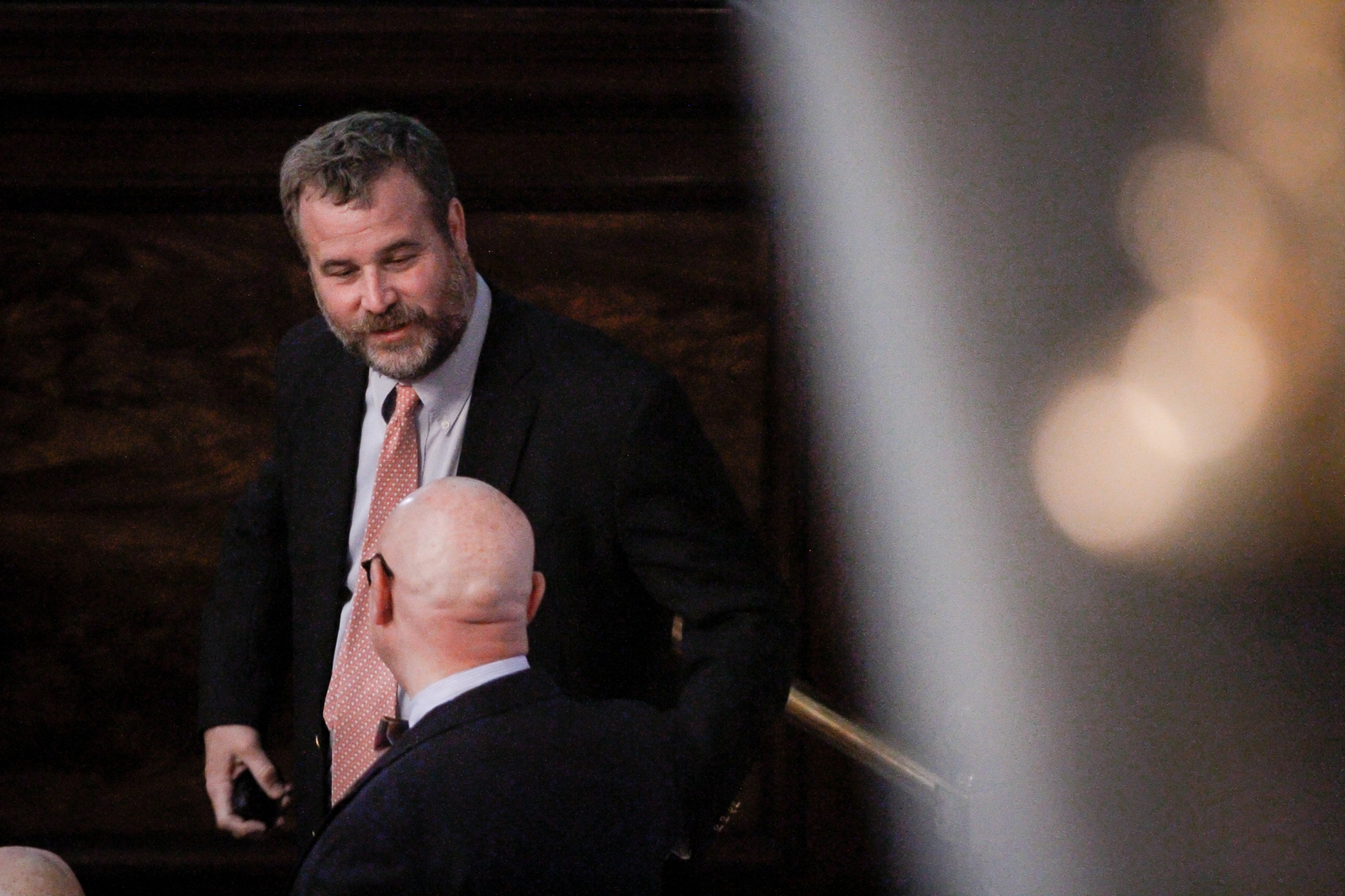 After their last attack fell flat, Democrats going after South Carolina state representative Kirkman Finlay in one of the Palmetto State’s few competitive legislative districts went on the offensive again over the weekend. Only this time, they didn’t just come up empty – their attack backfired.

According to reporter Maayan Schechter of The (Columbia, S.C.) State newspaper, Finlay’s Democratic challenger for S.C. House District 75 (.pdf) alleged that “ethical questions” were raised by a business deal the fourth-term state lawmaker entered into back in 2017 with NextEra Energy.

More on that deal in a moment …

“Kirkman Finlay is putting himself first at the State House,” his Democratic opponent claimed in a new television advertisement, citing a $15,000 annual option purchased by NextEra to lease land owned by Finlay as a possible site for a solar farm.

This deal was entered into three years ago – before NextEra had even registered lobbyists to work in South Carolina, let alone submitted a deal for the Palmetto State’s debt-addled, chronically mismanaged, scandal-scarred government-run utility.

Nonetheless, Democrats are up in arms over what they refer to as “a clear conflict of interest.”

“Kirkman Finlay’s financial ties to NextEra and this undisclosed conflict of interest are hazardous to South Carolina and compromise any potential sale of Santee Cooper,” Finlay’s opponent said in a follow-up interview with Schechter. “Whether or not you’re in favor of a sale, you can’t trust him to get 100 percent on the dollar from NextEra if he’s in their pocket at the same time.”

Unlike some lawmakers who decline to reveal the sources of their income, Finlay’s deal was disclosed on his economic interests … which, ironically, is the reason Democrats became aware of it in the first place.

More importantly, voters can trust Finlay to push for 100 percent on the dollar from NextEra – because that is exactly what he did.

Earlier this year, leaders in the S.C. General Assembly voted to defer action on NextEra’s $9.6 billion bid to purchase Santee Cooper – arguing governor Henry McMaster had failed to drive a sufficiently hard bargain with the company.

We agreed, arguing McMaster “clearly failed to negotiate the most compelling offers for the legislature to consider” – although in fairness to the governor, no other utility came even close to approaching NextEra’s offer (especially when it came to addressing Santee Cooper’s mountain of debt).

Finlay not only pushed McMaster to negotiate a better deal, though, he voted to preserve Santee Cooper’s option to “reform” itself – a path which (while chimerical) represents the gravest threat to NextEra’s proposed purchase of the utility.

Not only did Finlay push NextEra to come up with a better deal, he declined to shut down the primary alternative to its purchase plan (even though he could/ should have).

“Isn’t that the discharge of my duty?” Finlay asked Schechter rhetorically. “The argument is by making them pay more, I’m helping them? My opponent’s logic is flawed. What we are doing is attempting to get the best price and deal for the ratepayer.”

Yet this is supposed to be indicative of corrupt behavior?

So let’s see if we have this straight: Finlay – one of the leading advocates for income transparency at the S.C. State House – not only followed all of the applicable ethics rules in reporting this business deal, but when it came time to cast votes related to the company that purchased a lease option on his land, he specifically acted in the best interests of taxpayers (and against the interests of the company looking to lease his land).

Oh, and when a bill related to solar farms came up in the legislature two-and-a-half years ago, Finlay recused himself.

Still, Democrats said it was “shocking” that Finlay failed to “see any problem” with his actions.

Perhaps that’s because there is no problem …

Again, unless you believe following ethics laws and acting in the best interests of taxpayers is problematic behavior.

In the interests of full disclosure, Finlay is a personal friend of our founding editor Will Folks. And his burger joint – Pawleys Front Porch – advertises on our website. Clearly, we would be lying if we said we were not inclined to give him the benefit of the doubt.

But credibility dictates calling things like we see them – and if Finlay had failed to disclose income and proceeded to act in a manner benefitting an interest that was paying him, you better believe we would be calling him out for it.

Unfortunately for his Democratic rivals, though, that is not what happened. In fact, it is precisely the opposite of what happened, which further underscores our belief that Finlay is one of the few lawmakers at the S.C. State House who can be trusted to put the people he represents first.

Even if that means standing up to GOP leaders like he did last year in opposing a corporate giveaway to liberal billionaire David Tepper, owner of the National Football League (NFL)’s Carolina Panthers …

Donald Trump Not ‘Out Of The Woods’ With Covid-19