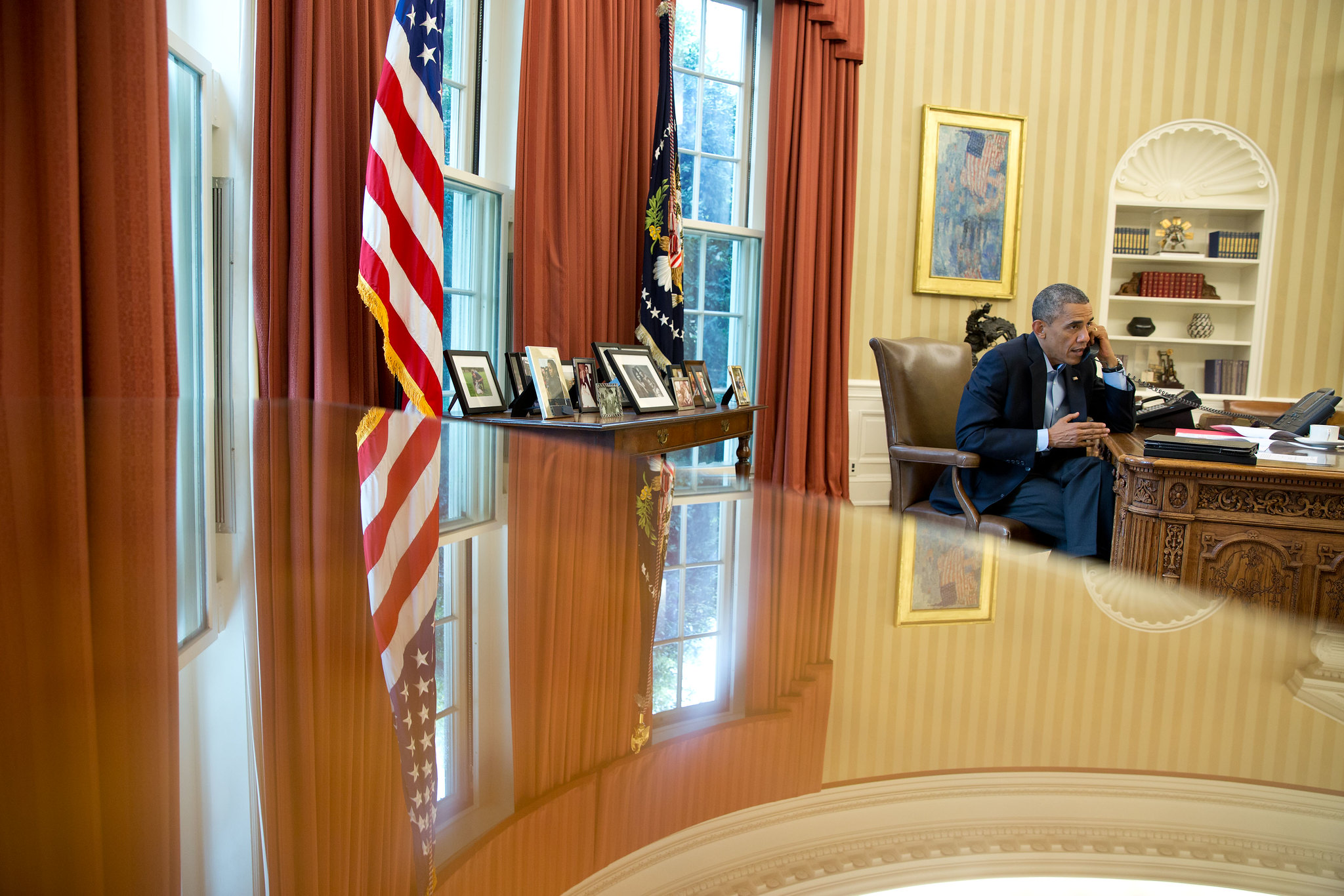 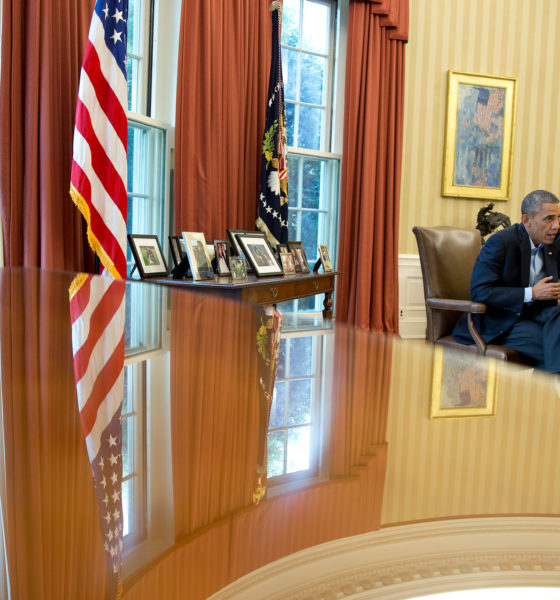 Whatever You Think Of Donald Trump, The New Allegations Against His Predecessor Are Serious

Barack Obama, Joe Biden have some serious explaining to do …

This news outlet hasn’t been in the business of defending U.S. president Donald Trump for some time. As far as we are concerned, when Trump bailed on his promises to protect American taxpayers, we bailed on him. And while we believe the country’s forty-fifth president is preferable to the alternative this November, we are not interested in choosing between the lesser of two evils.

We want – and deserve – something better than a binary equation yielding similarly unsatisfying outcomes.

We deserve – at the very least – a real choice. And there are growing numbers of Americans who feel the same way.

Anyway, irrespective of our views on Trump we were incredibly troubled by the latest revelations regarding his predecessor, former U.S. president Barack Obama. These allegations go to the very heart of our democratic institutions and as a result we believe they ought be investigated fully.

What revelations are we referring to?

Last week, the U.S. Department of Justice (Justice.gov) announced it was dropping its criminal case against former U.S. national security advisor Michael Flynn – a retired lieutenant general and early supporter of Trump’s presidential campaign. Flynn resigned his post in the Trump administration back in February of 2017 after it was revealed he had engaged in allegedly improper conversations a Russian ambassador. These conversations were believed to be in violation of the Logan Act – a 1799 law which bans unauthorized individuals from negotiating with foreign governments on behalf of the United States.

In December of 2017, Flynn (above) pleaded guilty to lying to agents of the Federal Bureau of Investigation (FBI). He was on the verge of being sentenced in connection with this plea in 2018 before he decided to ditch his attorneys and attempt to withdraw the plea.

Now the charges against him have been dropped altogether …

Why? Because according to a filing (.pdf) from Justice, “newly discovered and disclosed information” has determined the initial FBI interrogation of Flynn was not “conducted with a legitimate investigative basis” and was not part of a “justifiably predicated investigation.”

Ordinarily, such a development would not strike us as that big of a deal. In hyper-partisan Washington, D.C. – where everything is a scandal – such stories get placed inside a CNN versus Fox News outrage portal, in which Beltway ideologues leverage the latest developments as fodder for their nightly agenda-driven, money-raising mouth-foaming.

In times of unprecedented hardship, why should real people bother to listen?

To the radical left, the decision not to prosecute Flynn is a travesty – the latest example of Trump protecting his cronies at the expense of judicial integrity. To the far right, the underlying rationale for dropping the charge has exposed something much more sinister – an attempted coup d’état initiated by key figures in the Obama administration.

Perhaps even Obama himself …

At the very least, the drama has uncovered an effort by Obama officials to disrupt Trump’s transition into office while simultaneously providing cover for the “Russian meddling” investigation that followed.

According to a well-organized piece written by Mollie Hemingway for The Federalist, at this meeting Obama “gave guidance to key officials who would be tasked with protecting his administration’s utilization of secretly funded Clinton campaign research, which alleged Trump was involved in a treasonous plot to collude with Russia.” The objective of this guidance was to keep this research “from being discovered” and to keep the investigation it spawned from being “stopped by the incoming administration.”

By “research,” Hemingway is referring to the since-discredited Steele dossier – which was prepared by British spy Christopher Steele at the behest of #NeverTrump “Republican” operatives and, later, the presidential campaign of Democratic presidential nominee Hillary Clinton.

The dossier included the infamous allegation – first raised five days after this oval office meeting – that Trump engaged in “perverted sexual acts” with multiple prostitutes at the Ritz-Carlton hotel in Moscow.  These acts – alleged to have included “golden showers” (urination for sexual gratification) – were said to have been part of an “arranged/ monitored” Russian intelligence operation aimed at exploiting “Trump’s personal obsessions and sexual perversion.”

These allegations were used by the FBI to obtain warrants from the Foreign International Surveillance Act (FISA) court – which were in turn used to spy on Trump’s 2016 presidential campaign.

One of the most damning aspects of Hemingway’s report is a timeline which, according to her, evidences “a clear pattern of behavior from the federal officials running the collusion operation against the Trump campaign.”

Some of these leaks were based on false information about Trump and his allies. Other leaks were fabricated (literal #FakeNews) and fed to the press for the sole purpose of achieving tactical and strategic objectives of the plot – which included forcing Flynn to resign as national security advisor (which he did) and forcing new U.S. attorney general Jeff Sessions to recuse himself from any involvement in the “Russian meddling” inquiry (which he did).

Was the mainstream media a willing accomplice in this plot? Absolutely.

Which is sad … but not surprising.

“This stunning operation was not just a typical battle between political foes, nor merely an example of media bias against political enemies,” Hemingway concluded. “Instead, this entire operation was a deliberate and direct attack on the foundation of American governance.”

Seizing upon the new documentation included in the Justice department report, Hemingway called on members of congress to summon Obama and Biden to testify before them.

“It is long past time for lawmakers in Congress who are actually interested in oversight of the federal government and the media to demand answers about what really happened in that meeting from every single participant, including Obama and Biden,” she wrote.

So far, there is no appetite in the Republican-controlled Senate for summoning Obama and/ or Biden – even though the chamber’s judiciary committee has an open investigation into the origins of the “Russian meddling” investigation.

Worth remembering? It was Graham’s top ally in the U.S. Senate – the late senator John McCain – who played a key role in spreading around the Steele dossier. Also worth recalling? Graham was himself a staunch #NeverTrumper at the time – having yet to initiate his flip-flop into his current role as an “ally” of the administration.

While Graham declined to commit to questioning Obama, U.S. attorney John H. Durham is reportedly moving forward at “full throttle” with his own criminal inquiry into the conduct of various Obama administration officials at the heart of the “Russian meddling” probe.

Good … we look forward to seeing what Durham uncovers.

Again, though, as far as we are concerned none of this has anything to do with Trump, Obama, Biden or the armies of partisan/ ideological hacks in Washington, D.C. who reflexively support or oppose these figureheads based on the prevailing tribal herd-think.

It is not about them. Instead, it is about holding ostensibly trustworthy institutions accountable for their fundamental untrustworthiness, namely the American media and the so-called “national security” establishment.

We have probably passed a point in American history where we expect honesty from either of those institutions (which is another commentary for another day), but that does not mean we should permit either of them to engage in such dangerous duplicity against our democratically elected leaders.