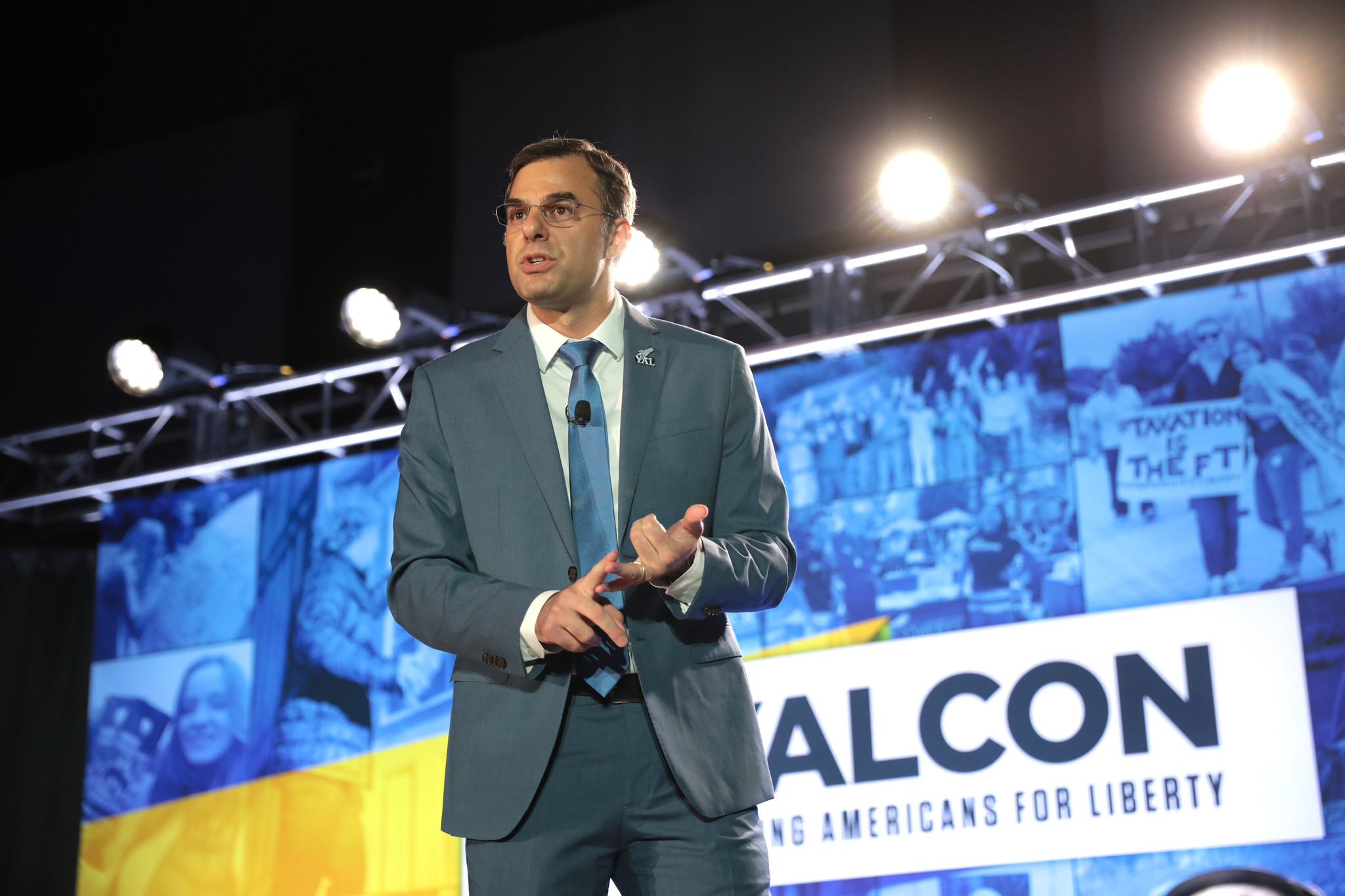 This news outlet has frequently pointed out the existence of a wide open road to the White House for a credible, independent presidential candidate. As of this writing, however, no one has taken that road – resulting in the forfeiture of the idea marketplace to paid division stokers whose sole purpose is to amplify and escalate petty bickering between the leaders of the two major parties.

Packaging this pablum for mass consumption …

Meanwhile these “leaders” – including U.S. president Donald Trump – have charted an increasingly reckless and unsustainable fiscal course for our nation (with Trump doing so despite explicit promises to the contrary made during his 2016 presidential bid).

Trump failed to live up to his promises to slash government spending and cut taxes for the middle class … becoming the poster politician for the party establishment he ostensibly overcame in the 2016 primary election.

Anyway, now that the coronavirus pandemic has placed an unprecedented strain on our economy, the fiscal excesses of previous years have added explosive power to a ticking time bomb. And in addition to pushing our financial system to its breaking point, the national response to the virus has exacerbated already pernicious threats to individual liberty.

Don’t get us wrong: People absolutely needed (and still need) financial help in the wake of all the virus-related shutdowns. And there were legitimate public health issues associated with some of these shutdowns (although in hindsight we are not entirely sure what good any of them accomplished).

But as we noted in one of our first editorials assessing the impact of the virus in late March, “business as usual” (or for that matter “politics as usual”) simply cannot continue in the United States once this threat is stabilized.

Because our country cannot afford either …

“When the dust settles from all of this, a long-overdue reassessment of what American taxpayers should – and should not – be responsible for subsidizing must be undertaken,” we wrote in our editorial on March 22. “Same goes for the delivery methods responsible for administering core functions (i.e. broken bureaucracies versus market-based methods). Because necessary functions are clearly being shortchanged and unnecessary functions are clearly being funded exorbitantly – not to mention the rampant incompetence and inefficiency in how both are administered out of Washington D.C.”

“The subsidization of non-core functions – and inefficiency in administering core functions – was already unfortunate,” we added. “But in the trying days, months and years to come, it can no longer be tolerated.”

Is either major party going to undertake such a fundamental “reassessment” of government? Or uproot the failed approaches of the past? Of course not … if anything, they will use the crisis as an excuse to ramp up the same bureaucracy-expanding, dependency-inducing “bipartisan” policies that have gradually eroded prosperity in this nation for decades.

As has always been the case, their narrow constituencies will continue to drive them to narrow-minded “solutions” – with the two major parties and their activist media amplifiers stage-managing a steady stream of misplaced outrage.

In such an environment, the truth – or at the very least legitimate debate based on real issues, clear policies and measurable outcomes – doesn’t stand a chance.

Instead it’s all CNN versus Fox News propaganda …

Into this cacophonous, binary bloviation steps Justin Amash – a U.S. congressman from Michigan who declared his independence from the Republican party last July 4.

Amash, 40, of Grand Rapids, Michigan has represented his state’s third congressional district in the U.S. congress since January 2011. Prior to bailing on the GOP, he was the only Republican in the U.S. House to support the impeachment of Trump.

We did not agree with Amash on that particular vote, but we admired his principled stand – and defended him against his GOP attackers.

“When right or wrong is based on the tribe you belong to – not what you did (or failed to do) – truth suffers,” we noted at the time. “Accordingly, we support Amash 100 percent in advancing his position.”

More importantly, we have long-admired Amash’s consistent record of voting in defense of freedom and free markets – which is consistent with the voting record of former U.S. congressman Ron Paul.

Is there room for such a candidate on the American ideological spectrum, though? Yes …

According to the latest Gallup polling, 41 percent of Americans identified as independents in 2019 – of which 17 percent leaned Democratic, 14 percent leaned Republican and 10 percent did not lean toward either party.

The growth of this “middle party” isn’t a fad, either …

“The percentage of political independents has been 40 percent or higher in eight of the past nine years – all but the 2016 presidential election year — peaking at 43 percent in 2014,” noted Jeffrey Jones for Gallup. “Before 2011, the proportion of independents had never reached the 40 percent level.”

Can Amash tap into this mile-wide pool of potential support? And to the extent he does … which major party candidate would his bid most imperil? Trump? Or former vice president Joe Biden, the Democratic nominee-in-waiting?

Political strategist Liz Mair recently opined in The New York Times that Amash “will become a headache for both parties – one that many Americans feel they have fully earned.”

Ultimately, Mair concluded “to the extent that anyone needs to be worrying about Amash costing someone an election, it’s probably more the Trump team than Democrats.”

Recent polling from Rasmussen would seem to bear out Mair’s contention, with twelve percent of Republicans saying they are “very likely” to vote for a third party candidate in a Trump versus Biden election compared to only four percent of Democrats and 10 percent of unaffiliated voters.

Obviously, Amash is not a blank slate. In the event his candidacy were to gain traction, he has some glaring vulnerabilities which opponents at points all along the partisan spectrum could exploit. In his 2010 campaign for the the U.S. House in Michigan, for example, he was bashed by critics for profiting from the sale of tools manufactured in China. These allegations were recycled in 2019 when Amash supported the impeachment effort against Trump.

Given the starring role China has played in the coronavirus crisis – and the growing (and not altogether unfounded) campaign to pin the onus for the virus’ spread on Chinese leaders – such ties could prove lethal to Amash’s aspirations.

Ultimately, though, if we get to a point in time when Amash’s Chinese ties are being discussed in wide circulation … odds are he will have already succeeded in positioning himself as an attractive alternative to the two status quo septuagenarians he is campaigning against.

Which we believe is a good thing …

“Like so many pro-freedom, pro-free market citizens … we are still waiting for a candidate to emerge who consistently represents our views,” we wrote last January.  “We haven’t seen them yet, but if we do we will be sure to let our readers know.”

SC Woman Killed By Alligator Said ‘I Guess I Won’t Do This Again’ In Calm Voice During Attack, Report Says