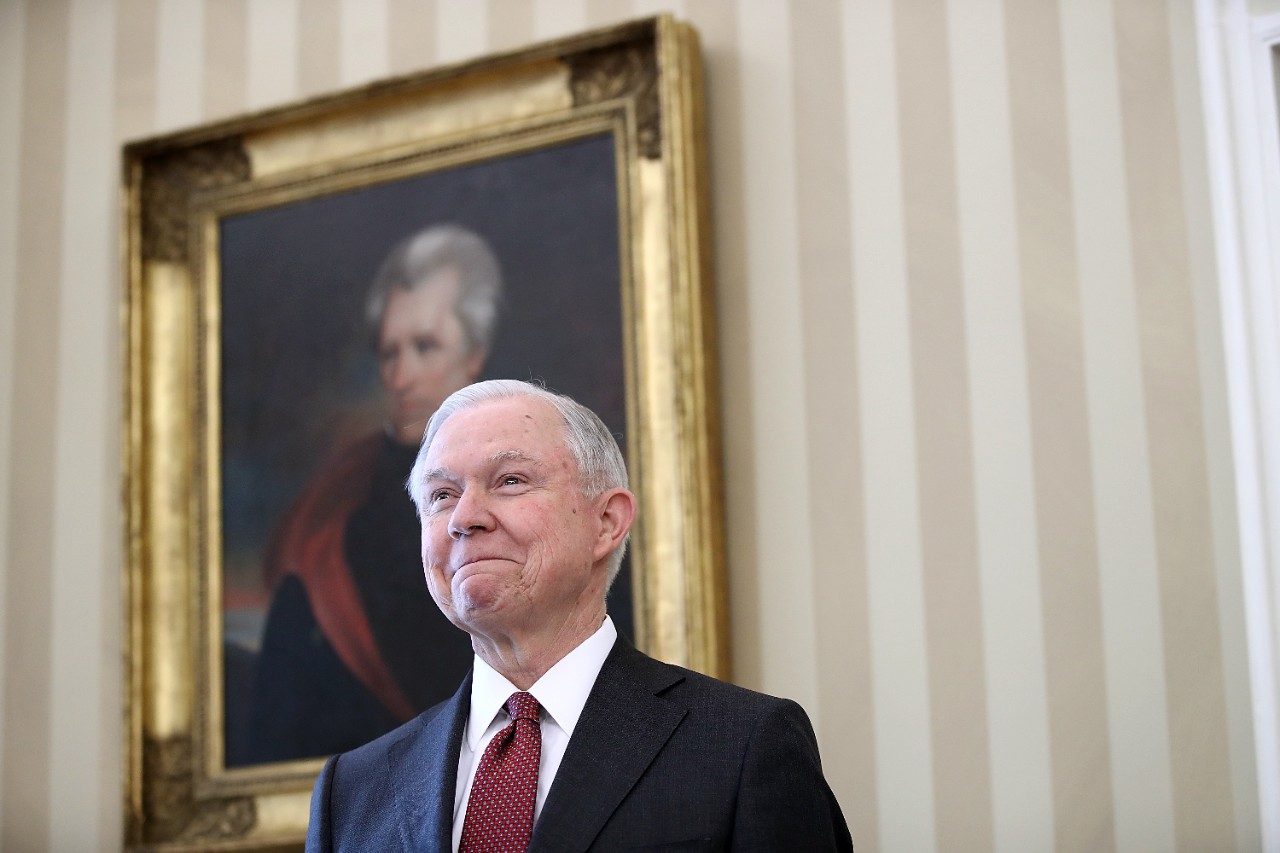 WISE MOVE … BUT WILL IT BE ENOUGH?

To be clear: The theory that Russia somehow hijacked the 2016 presidential election jumped the shark a long time ago.  It endures today because some people want to delegitimize democracy – here and abroad.  And because a clique of liberal financiers and neoconservative warmongers want to start World War III.

Don’t be fooled, though …

Having said that, the revelation that U.S. attorney general Jeff Sessions failed to acknowledge a pair of 2016 meetings with Russian ambassador Sergey Kislyak during sworn testimony before the U.S. Senate earlier this year is a big deal.

To hear the far left and its mainstream media mouthpieces tell the story, it’s the biggest scandal to hit Washington, D.C. since Watergate.  According to them, Sessions perjured himself and should resign his office immediately.

“For the good of the country,” U.S. Senate minority leader Charles Schumer said.

The ensuing cacophony has already forced Sessions to recuse himself from any U.S. Department of Justice (USDOJ) investigation related to the 2016 election.

“I have recused myself in the matters that deal with the Trump campaign,” he said at a press conference in Washington, D.C. on Thursday afternoon.

What’s the truth, though?

According to Sessions, his meetings with Kislyak took place in his capacity as a United States Senator – and had nothing to do with his role as a surrogate for the campaign of then-GOP presidential nominee Donald Trump.

In fact one of the meetings took place in his U.S. Senate office – lending credence to Sessions’ contention that he was speaking with Kislyak as a representative of the American government, not a surrogate on a political campaign.

The record of Sessions’ questioning would seem to confirm this interpretation.

Sessions was asked by uber-liberal U.S. Senator Al Franken of Minnesota what he would do “if there is any evidence that anyone affiliated with the Trump campaign communicated with the Russian government in the course of this campaign.”

“I did not have communication with the Russians,” he said, specifically referencing his role as a Trump surrogate – which is what Franken asked when he referred to “anyone affiliated with the Trump campaign.”

A follow-up question from U.S. Senator Patrick Leahy of Vermont affirmed this interpretation, with Sessions being asked if he had “had contact with anyone connected to any part of the Russian government about the 2016 election.”

Sessions responded in the negative.

In hindsight, Sessions clearly should have disclosed his conversations with Kislyak, discussed the capacity in which he had them and (to the extent he felt comfortable) divulged the general substance of those chats.

His failure to do so – whatever the reason – has created a major firestorm for the Trump administration.

But to suggest Sessions somehow perjured himself – or worse, that he was somehow part of a global “election rigging conspiracy” that he is now trying to cover up … well, that’s every bit as insane as the underlying “election rigging” theory itself.

This website has plenty of issues with Sessions.  In fact we believe he is behind the Trump administration’s schizophrenic approach to the issue of marijuana legalization.