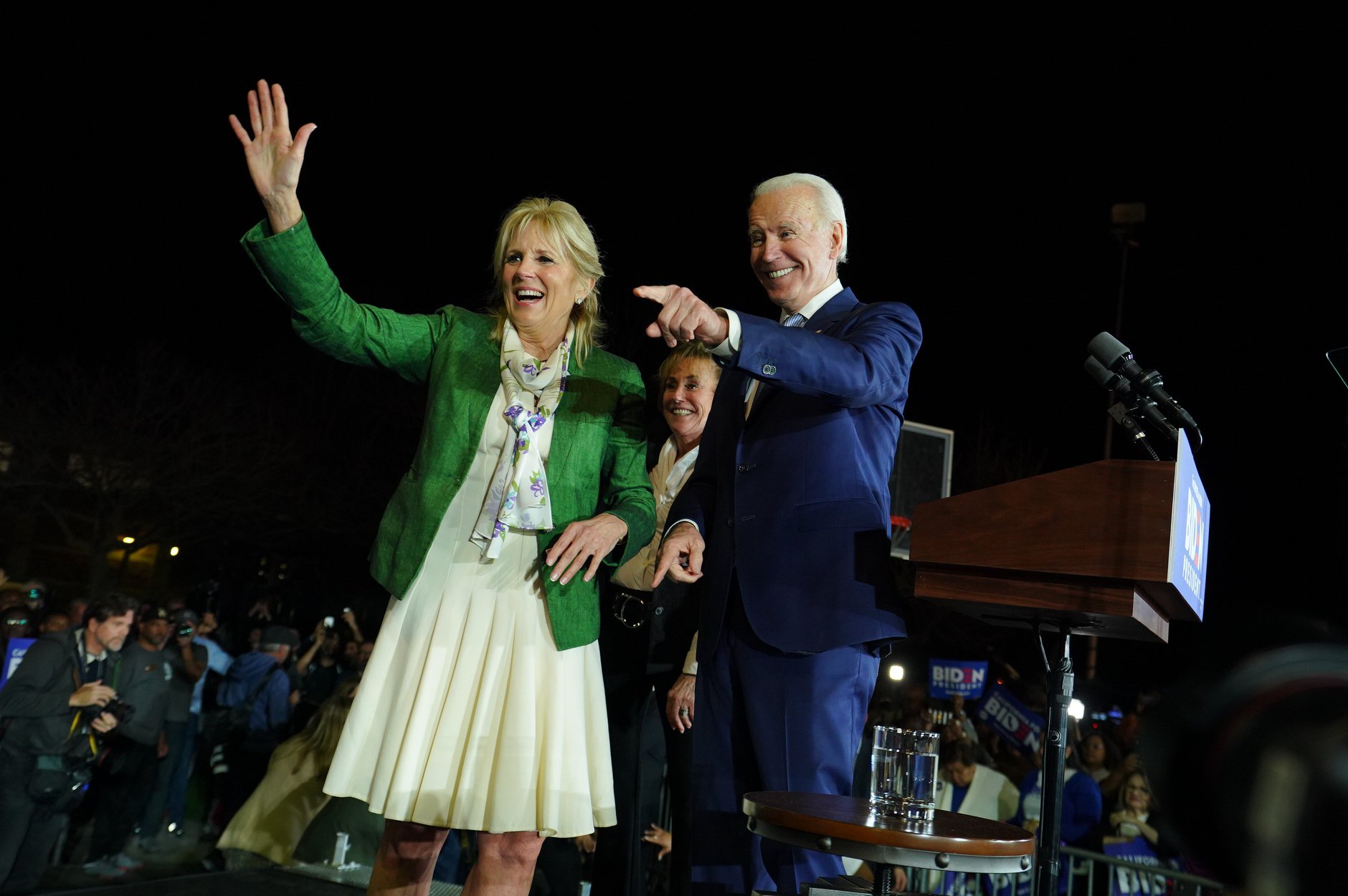 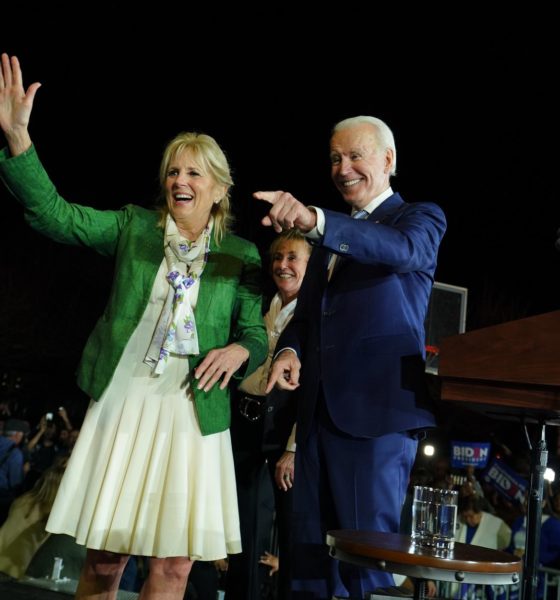 This is why people don’t trust the media …

Honestly, there have been a lot more important things happening in the world lately …

First, the particulars: According to Tara Reade, a former Biden staffer, the career politician sexually assaulted her in a basement office in the U.S. Capitol in early 1993 while she was working for the then-U.S. senator from Delaware. Reade claimed Biden – who had allegedly summoned her to the office to bring him a gym bag – pushed her up against a wall, groped her and penetrated her with his fingers.

“He was whispering to me and trying to kiss me at the same time, and he was saying, ‘Do you want to go somewhere else?'” Reade recalled in an interview with reporter Alexandra Jaffe of The Associated Press. “I remember wanting to say stop, but I don’t know if I said it out loud or if I just thought it. I was kind of frozen up.”

Reade – in her early twenties at the time (above) – said she pulled away from the then-50-year-old Biden, who became upset.

“Come on, man, I heard you liked me,” he allegedly told her.

“1993 was the year I was sexually harassed and assaulted by Joe Biden, my then boss,” Reade tweeted last week prior to her story breaking in wide circulation. “The smears and mistruths about me will not take my dignity or change what happened.”

Will her allegation change the trajectory of the 2020 presidential election?

Biden’s campaign has already survived allegations of inappropriate touching. A year ago, a former Democratic state lawmaker in Nevada – Lucy Flores – accused him of placing his hands on her shoulders from behind, smelling her hair and planting “a big slow kiss on the back of my head” prior to a 2014 campaign stop.

“He made me feel uneasy, gross, and confused,” Flores later recalled.

Numerous other stories of Biden’s “handsiness” – and videos of his creepy hair-smelling habit – soon emerged to buttress Flores’ claims.

“It is no secret in Washington that Biden has touched numerous women inappropriately in public,” Vox political editor Laura McGann noted last spring. “It’s just never been treated as a serious issue by the mainstream press.”

Reade claimed to have raised sexual harassment concerns with multiple members of Biden’s staff – but she never reported the incident to law enforcement. Until now, that is. Last Thursday, she filed an incident report with the Washington, D.C. metropolitan police detailing the alleged 1993 assault.

“What is clear about this claim: it is untrue,” his spokeswoman Kate Bedingfield said. “This absolutely did not happen.”

As we have often noted, sexual assault allegations are often incredibly difficult to process. In many cases, there are no witnesses – leading to the classic “he said, she said” conundrum. Also the clear line between consent – and lack thereof – is also often blurred, often yielding outcomes inconsistent with the facts.

Even worse, many assaults are never reported … or if they are reported, victims often refuse to cooperate with investigators (or change their stories expressly to avoid having to pursue criminal charges). Moreover, these crimes are so disturbing and harrowingly personal that the disclosure of details to the public can force victims to re-live the trauma they endured – which is often among the reasons they decline to see the process through.

“One of the most odious crimes we can think of – a crime that our justice system absolutely has to get right – is regularly ‘gotten wrong,'” we noted last fall in reporting on an alleged sexual assault. “With tragic, life-altering consequences.”

It is not just our justice system that struggles to get sexual assault allegations right, either. As we noted above, the media treatment of the Biden scandal is instructive.

The most damning assessment came from Branko Marcetic of Jacobin Mag, who bluntly noted that “the media had a formula for reporting sexual misconduct … (until) Joe Biden was accused.”

And while Marcetic decried Trump as “an odious figure who deserves scorn and criticism,” he ripped the media for applying “demonstrably different standards … to a sexual assault allegation against the man many see as his best-placed rival.”

Marcetic also contrasted the media treatment received by Biden with similar allegations leveled in the past against U.S. supreme court justice Brett Kavanaugh.

“I agree outlets should be thorough, get the reporting right, have respect for due process of the accused,” Marcetic added. “But where was this concern with Kavanaugh and Trump? Were those allegations mishandled because the existence of an accusation was reported on the day it came to light?”

Meanwhile Dan McLaughlin of National Review contrasted the specific coverage The New York Times gave to the Biden and Kavanuagh allegations. The gist of his well-documented analysis? That the paper buried the directly sourced Biden story and trumpeted the anonymous Kavanaugh allegations – and then twisted itself into embarrassing contortions in attempting to explain the clear double standard it applied to the two politicians.

“It is simply impossible to read the interview and the Times coverage of the two cases and come away believing that the Times acted in good faith or, frankly, that it even expects anyone to believe its explanations,” McLaughlin wrote.

We intended this column to focus on the potential impact of these allegations on Biden’s electability. Specifically, we wanted to discuss whether they – along with his leftward ideological lurching, dubious mental fitness and unique exposure to the “Ukrainian meddling” scandal – added to the obstacles he will face in beating Trump this November.

But the more we dug into the reporting (or lack thereof) on this story, we quickly realized the heart of the matter was not the allegations themselves or their potential political impact – but what the media coverage of the saga reveals about the current state of journalism in the United States.

We understand media outlets have differing conceptions of what justice is. And we understand there is considerable variance in the extent to which different outlets advance these conceptions in their “news” coverage. That’s fine. That is what the marketplace of ideas is all about. But demonstrable double standards such as those outlined above serve no one … and must be called out for precisely what they are: Shameless partisan hackery.

Bottom line? Crap like this is why no one trusts the mainstream press.

Certainly media outlets are free to engage in such hackery should they choose to do so, but doing so further erodes the public’s already borderline nonexistent faith in journalism. As for this news outlet, we will continue trying to hold the individuals and institutions we cover accountable using the same standards – and hope our readers will use our open microphone to call us out if they ever believe we have fallen short of those standards.