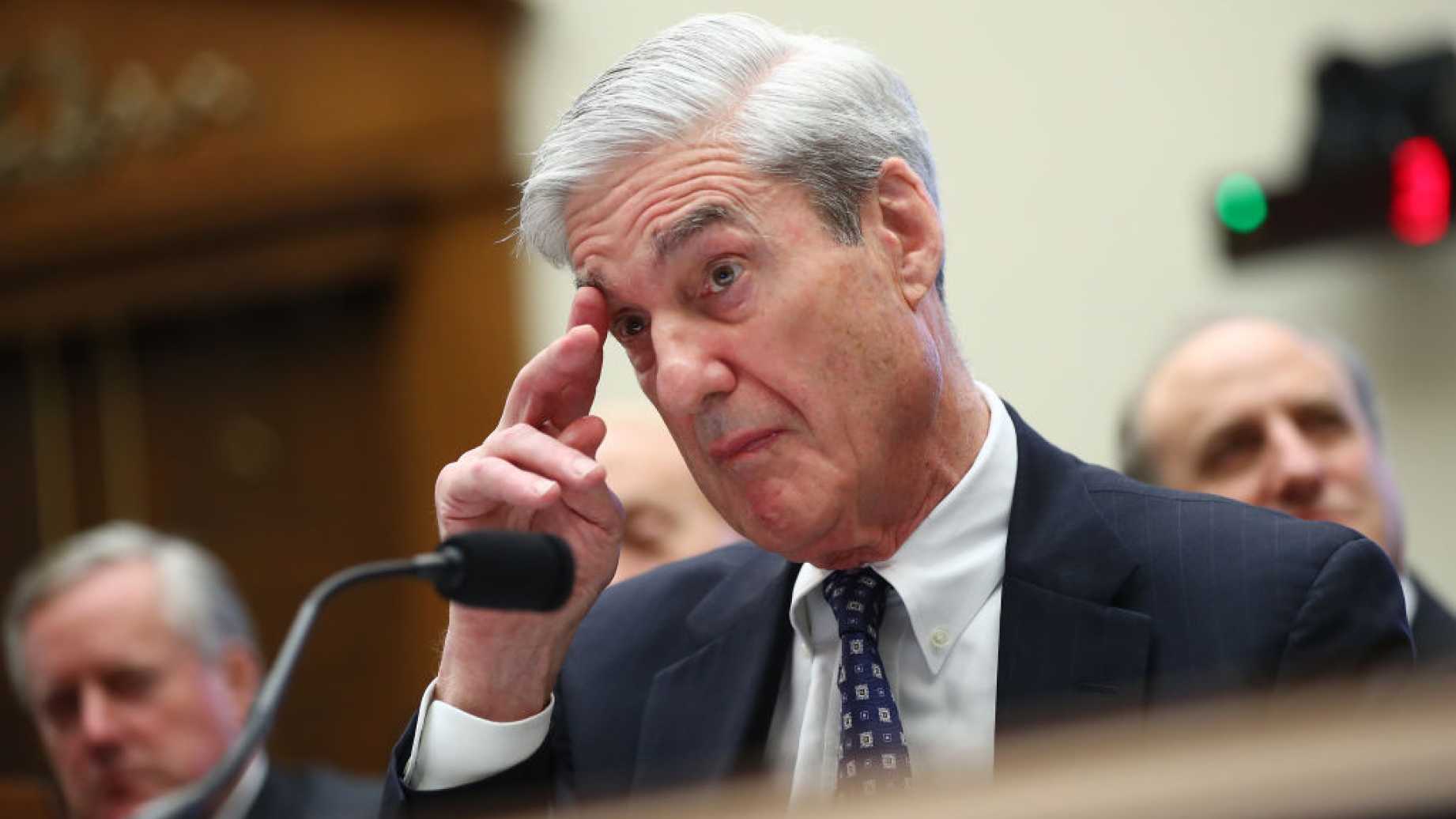 Two months after his headline-grabbing press conference, ex-U.S. special counsel Robert Mueller – whose recently concluded investigation of president Donald Trump has led to calls for the latter’s impeachment – stood before members of the U.S. House judiciary committee this week to provide testimony related to that inquiry.

It did not go well for him …

Mueller’s much-anticipated appearance – which Democrats had hoped would be a disaster for the president – instead wound up being a disaster for Mueller, whose performance was widely panned.

“A stammering, stuttering mess,” a headline from The New York Post blared.

Mueller “oscillated between steadfastness and mumbling, his microphone at points failing him as he struggled to be heard above the din of spectators and photographers,” Post reporters Nikki Schwab and Ebony Bowden noted.

Honestly, though, it wasn’t much better for Mueller when his microphone was working.

“Mueller’s answers to questions were often fumbling and imprecise,” Zach Beauchamp wrote for Vox. “His answers were clipped and uninformative, and at times actively confusing.”

The former director of the Federal Bureau of Investigation (FBI) was also evasive. According to NBC, Mueller “deflected or declined to answer questions 198 times” during his testimony.

The only time Mueller evoked any sort of positive response? When Republican congressmen – eager for airtime on Fox News – badgered him.

Not surprisingly, Trump (above) was ebullient.

“So we had a very good day today – the Republican Party, our country,” Trump told reporters at the White House. “There was no defense of what Robert Mueller was trying to defend, in all fairness to Robert Mueller, whether his performance was a bad one or a good one. I think everybody understands that.”

But Trump left no doubt he thought Mueller fared poorly, an assessment even his harshest critics will have a hard time disputing.

“His performance was obviously not very good,” Trump added. “He had a lot of problems but, what he showed more than anything else, was that this whole thing has been three years of embarrassment and waste of time for our country.”

Mueller’s weak showing significantly dampens momentum for impeachment – a question that has divided Democrats all year.

So far, U.S. speaker Nancy Pelosi has resisted a push from her liberal base to impeach Trump. Pelosi and many “moderate” Democrats believe they have electoral math on their side heading into the 2020 general election and that impeaching Trump could conceivably damage them more than him.

That theory was lent capable reinforcement on Wednesday as Mueller’s testimony backfired badly on the party.

“The Democrats lost so BIG today,” Trump tweeted. “Their party is in shambles right now.”

For a president to be removed from office, two-thirds of senators present in the chamber must concur with the articles of impeachment.

The Democrats only real “win” from the hearing? The fact that Mueller – in a roundabout and completely unconvincing way – seemed to confirm that Trump’s behavior in connection with his inquiry met the so-called “three-pronged test” for obstruction of justice. In other words, Trump allegedly committed an obstructive act, did so in connection with an official inquiry and did so with corrupt intent.

That could create problems for him down the road … but Democrats clearly fumbled their opportunity to make that point on Wednesday.

Just In Time For The Immigration Debate!