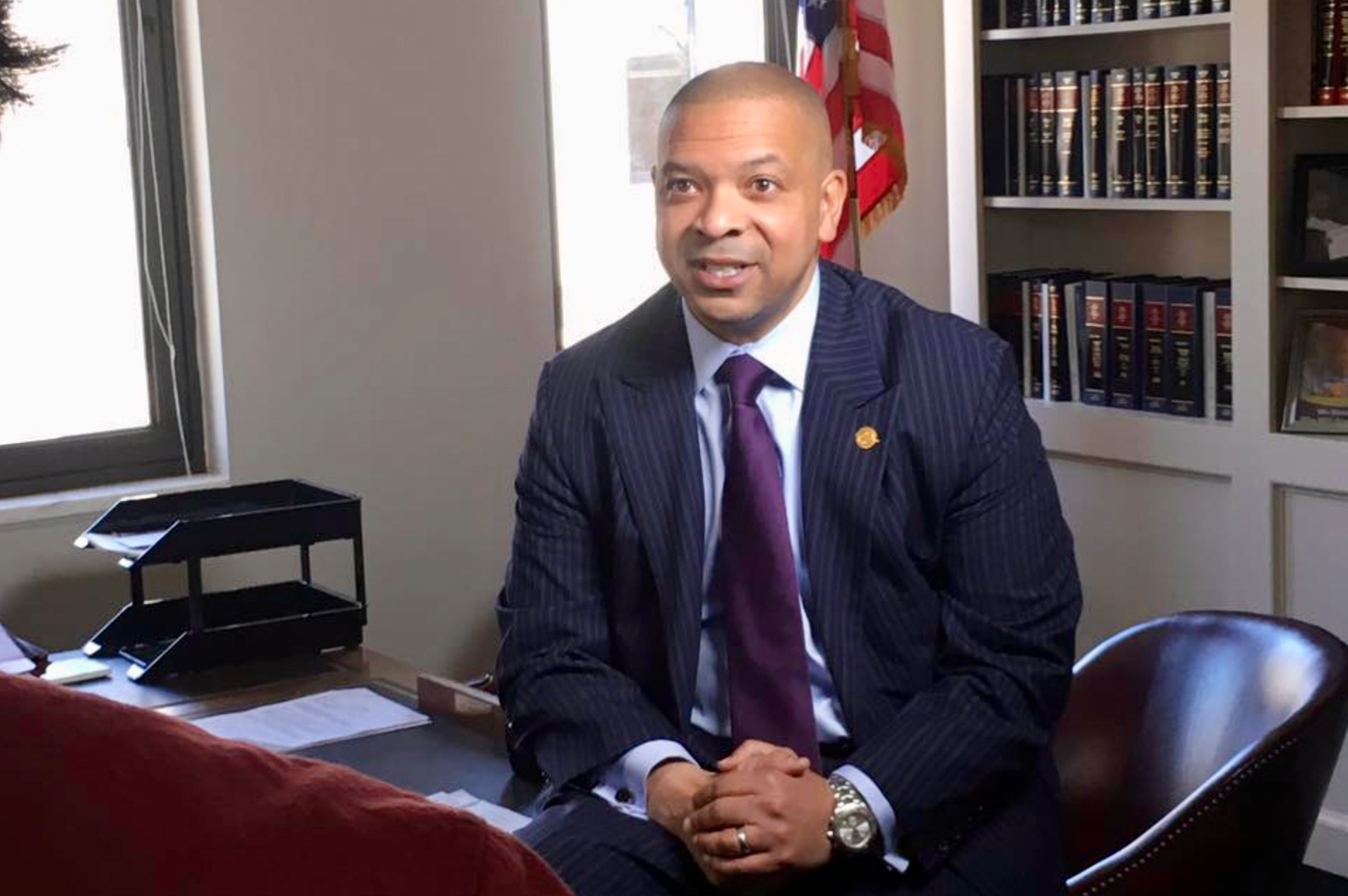 A South Carolina state senator is playing the race card in the aftermath of the botched confirmation of North Charleston, S.C. police chief Reggie Burgess to become the next director of the S.C. Department of Public Safety (SCDPS) – one of two failed confirmations sustained by governor Henry McMaster last week.

State senator Marlon Kimpson told his hometown paper, The (Charleston, S.C.) Post and Courier, that an anonymous letter sent to McMaster’s office vowed resignations en masse in the department in the event Burgess were confirmed.

Burgess and Kimpson are both black.

“We must root out the vestiges of racism in our state government and I think this is just another example of a nominee being treated unfairly,” Kimpson said.

That is an excellent question … especially considering outgoing SCDPS director Leroy Smith (who is also black) was accused of reverse racism – a.k.a. racism – related to staffing decisions made at the agency during his controversial tenure.

This alleged “reverse discrimination” was cited by the author of the anonymous letter to McMaster, according to Post and Courier reporter Seanna Adcox.

Burgess was expected to be a shoo-in for this post – even after issues arose with undisclosed tax liens during his first legislative hearing earlier this month. At this pivotal moment, though, we are told several Upstate senators with ties to an influential GOP donor informed McMaster’s administration that they were withholding their support for Burgess – prompting him to withdraw his name from consideration.

Were any of these lawmakers motivated by racism?

This news outlet has found absolutely no evidence to support Kimpson’s invocation of the race card – which is played often in Columbia, S.C. when a black nominee comes up short (irrespective of the facts of the case). In fact, one of the lawmakers whom we were told was against Burgess’ nomination went on the record with us last week saying he was ready to confirm him.

S.C. senator Shane Martin – chairman of the Senate committee on corrections and penology and a member of the chamber’s influential finance committee – told us he met with Burgess one-on-one and asked him several pointed questions regarding his views on the Second Amendment (which has emerged as quite the hot button issue of late in the Palmetto State).

“I was comfortable with his answers,” Martin told us, saying he and Burgess agreed that “lawful gun owners aren’t the problem.”

Martin told us his “only issue” with Burgess’ nomination was that he did not receive a heads up from McMaster’s office prior to it being announced publicly.

“I’m not looking for veto power just a courtesy call,” Martin told us. “It would have been nice to have known about it before I started getting calls from state troopers.”

Martin has been pushing aggressively for additional resources for the S.C. Highway Patrol (SCHP) – a division of SCDPS. In making his case, Martin has been adamant that these funding increases must go toward addressing glaring shortages of troopers on South Carolina roadways.

(Via: S.C. Department of Public Safety)

As for internal politics at the agency, Martin told us it was up to the new director to handle his staff.

“I want somebody that can go in there and let colonels do their jobs, let the captains run their divisions and if they’re people who aren’t doing the job – get rid of them,” he said. “If they don’t have the right colonels – get new colonels.”

Burgess’ scuttled confirmation is particularly damaging for McMaster given the extensive criticism the governor received for leaving Smith at his post for the past three years. Smith was tapped for the job by former governor Nikki Haley back in 2011. His tenure was marred by soaring traffic fatalities, fewer troopers patrolling highways, issues with substandard equipment, lax training requirements and reports of abysmal morale at the agency.

In the spring of 2017, state lawmakers issued a damning report outlining Smith’s shortcomings, and that fall one veteran SCHP trooper resigned during a legislative hearing in protest of his poor leadership.

Our view on all of this? Based on everything we have seen, we believe Kimpson’s allegations of racism are unfounded … although we would certainly extend our microphone to him in the event he has anything he would like to offer in support of those claims. And obviously, we are willing to consider anything he puts forward.

As for SCDPS, we continue to believe its next director “must target resources where they are needed, apply even-handed internal justice and restore public confidence in this agency and its ability to perform its core law enforcement functions.” As for state lawmakers, we continue to believe they must “stop wasting money on non-essential appropriations and prioritize law enforcement spending as a core function of government.”