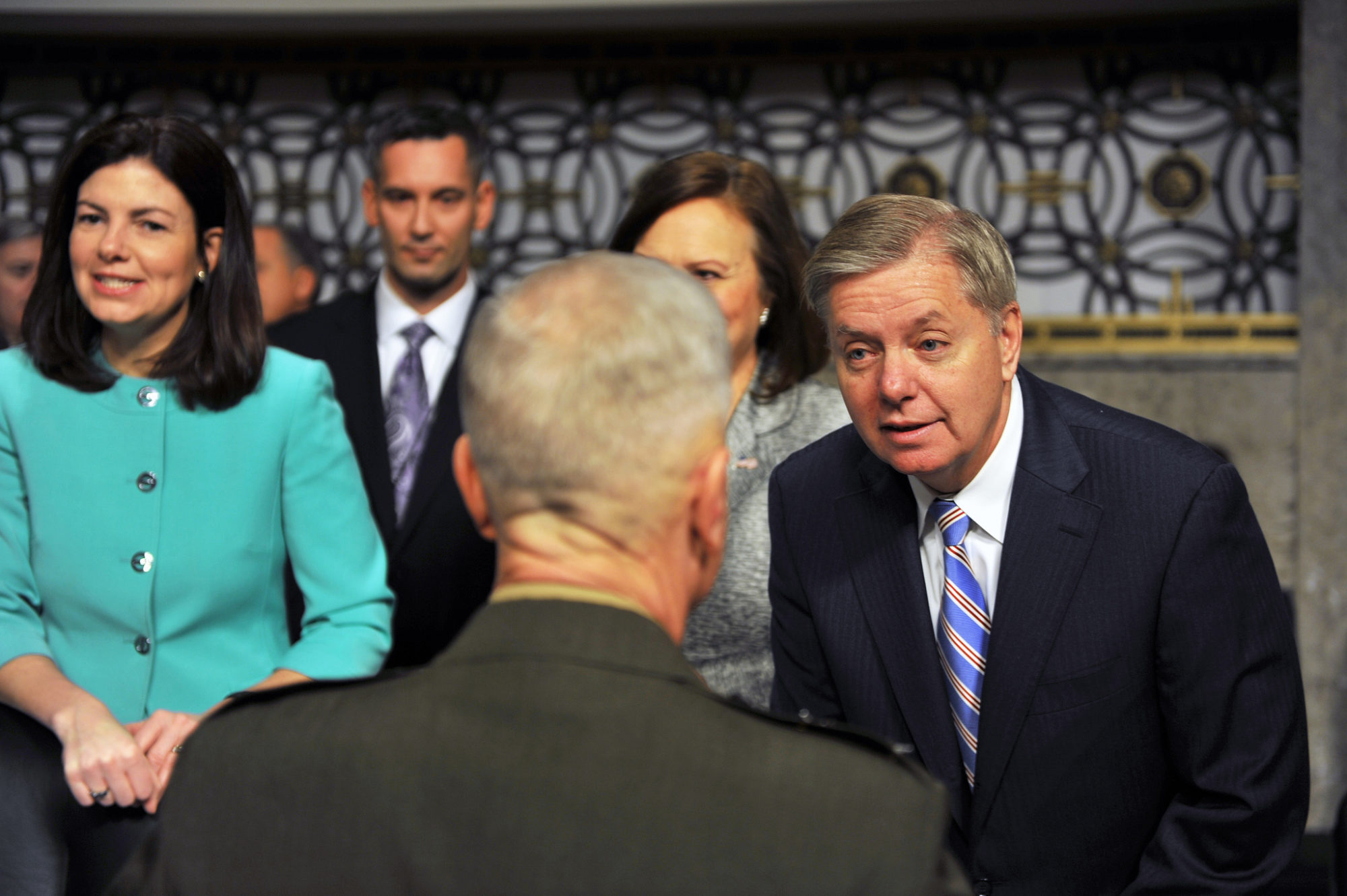 For awhile it seemed as though liberal “Republican” U.S. senator Lindsey Graham was angling for the position of secretary of state under Donald Trump – a guy he spent the better part of two years excoriating.

Graham – one of the many failed GOP establishment presidential candidates – was among the most vocal #NeverTrumpers during the 2016 election cycle.  In fact he went so far as to suggest he might vote for Democratic presidential nominee Hillary Clinton in the event Trump were to win the GOP nomination.  According to Graham, Trump was “not a reliable GOP conservative” (whatever the hell that means coming from him) and lacked “the judgment and temperament to serve as Commander-in-Chief.”

After Trump took office, Graham was one of the leading voices against the president’s proposed ban on immigration from several predominantly Muslim nations.

How times have changed …

Now Graham is Trump’s best buddy, although it appears the secretary of state job isn’t the position he was coveting as he spent all those months cozying up to the president.

According to our sources, Graham is making an aggressive late push to become Trump’s next national security advisor, a position currently occupied by H.R. McMaster – who is reportedly on his way out of the White House.

McMaster has held this job since last February.  That’s when Trump’s first choice for the position – retired U.S. Army lieutenant general Michael Flynn – was forced to resign after it was revealed he had lied to Trump and U.S. vice president Mike Pence about his contacts with Russian ambassador Sergey Kislyak.

Flynn has since been indicted for lying to agents of the Federal Bureau of Investigation (FBI), and speculation has swirled as to whether he is cooperating with an ongoing investigation into alleged “Russian meddling.”

(To read our thoughts on that probe, click here).

Biegun has previous experience in the office, having served as a senior staffer to former national security advisor Condoleezza Rice from 2001 to 2003.

Can Graham beat him out for the position?

It’s possible.  And the 62-year-old Central, S.C. native is reportedly working feverishly to make it happen – knowing full well that his days are numbered in the U.S. Senate.

Graham is highly unlikely to be elected again by the Palmetto State’s increasingly conservative GOP electorate.  He was exposed by Wikileaks last year as former U.S. president Barack Obama’s “best GOP ally.”  He’s also an amnesty pimp.  And a tax-hiker.  Not to mention a key driver of the progressive narrative in Washington, D.C.

Should Trump give the position to him in spite of all that?

Because as bad as he is on domestic issues, he’s even worse when it comes to foreign policy.

Graham is a rabid neoconservative whose judgment has been consistently horrendous for years (probably because he’s a pretend warrior, not a real one).  Additionally, Graham has aligned America with some incredibly dubious allies as part of our nation’s ongoing meddling in the Middle East – where he envisions perpetual war funded by U.S. taxpayers who can simply no longer afford it.

Or even come close to affording it …

Assuming Trump suffers a momentary lapse of reason and gives Graham the job, it could create another fundamental realignment of power in the Palmetto State.  South Carolina is one of 36 states in which the governor appoints a replacement senator on an interim basis until the next statewide election.  That means Henry McMaster, one of Graham’s longtime political allies, would get to name his replacement – at least on an interim basis.

Got something you’d like to say in response to one of our stories? Please feel free to submit your own guest column or letter to the editor via-email HERE. Got a tip for us? CLICK HERE. Got a technical question or a glitch to report? CLICK HERE. Want to support what we’re doing? SUBSCRIBE HERE.
Banner: Army National Guard