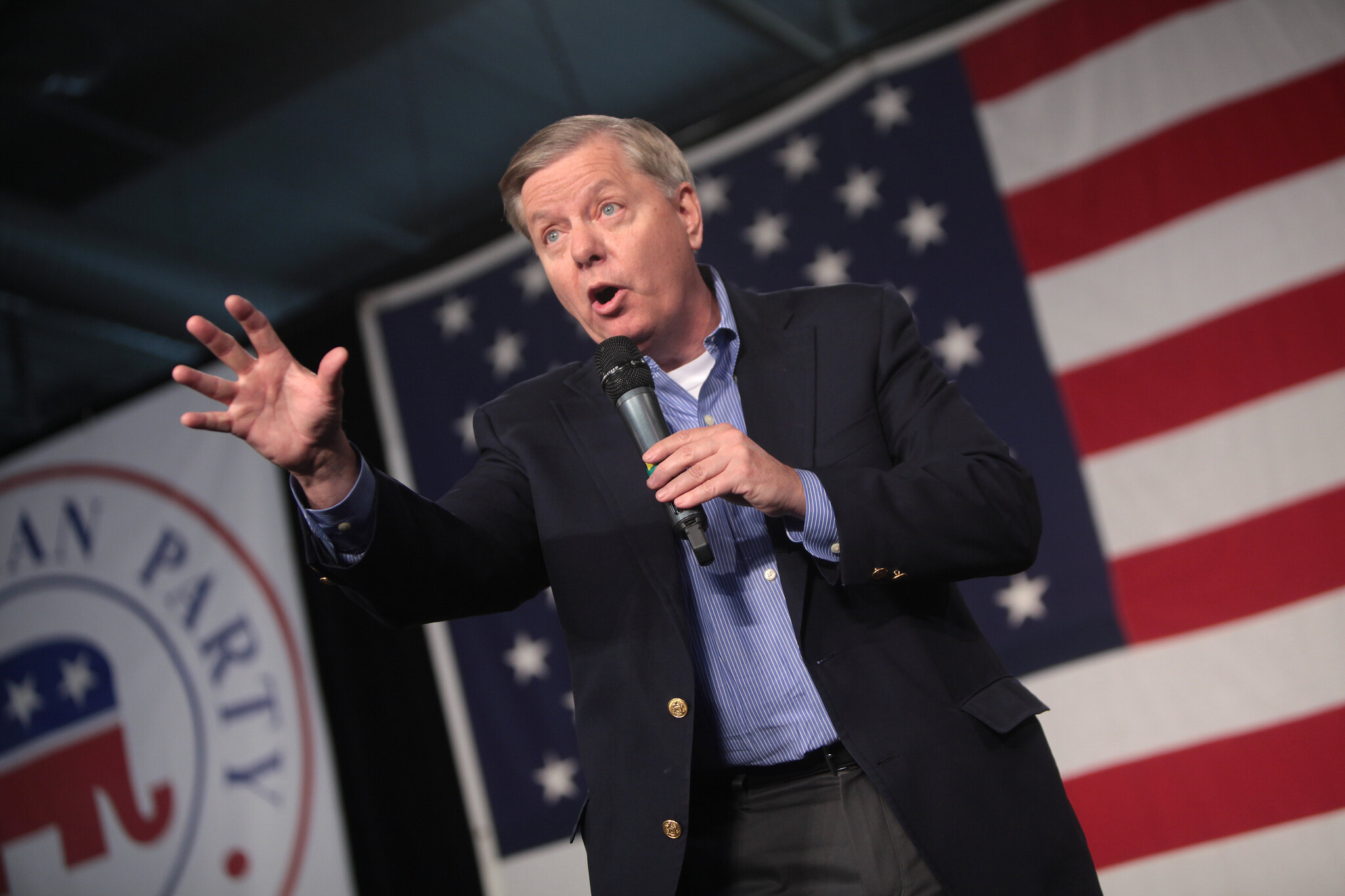 For a long time, U.S. senator Lindsey Graham of South Carolina was the most strident #NeverTrump Republican in America. During his aborted campaign against then-GOP presidential candidate Donald Trump in 2016, Graham excoriated the billionaire mogul as a “kook,” calling him “crazy” and “unfit for office,” among other choice comments.

“Come to South Carolina and I’ll beat his brains out,” Graham said of Trump in one 2015 interview.

After Trump won the GOP nomination – including a convincing win in South Carolina – Graham kept up his anti-Trump rhetoric.

“My party has gone batshit crazy,” he said in February 2016, refusing to endorse Trump in the 2016 general election.

“He’s a race-baiting, xenophobic, religious bigot,” Graham told CNN after Trump imposed a ban on travel from several predominantly Muslim countries. “He doesn’t represent my party. He doesn’t represent the values that the men and women who wear the uniform are fighting for.”

But in late 2017, Graham – realizing his 2020 reelection prospects were in serious trouble – began perfecting his latest and greatest flip-flop, going from Trump antagonist to Trump defender.

This flip-flop was finalized last fall when Graham became a fiery, red-faced defender of Trump’s centrist supreme court nominee, Brett Kavanaugh, after the latter came under attack from the far left over unproven sexual assault allegations. Graham masterfully exploited the Kavanaugh confirmation drama to rebrand himself with conservatives – even though it was his own sellout on the most critical GOP issue of them all (abortion) that forced Trump to nominate the middling judge in the first place.

But Graham pulled it off …

“His ‘alliance’ with Trump – sealed in hypocritical opportunism – is exclusively an exercise in self-preservation ahead of the 2020 election,” we wrote back in March.

The feint worked. Now that Graham has leveraged his support for Trump into an unassailable position ahead of his 2020 primary race (no credible GOP opponent is running against him and he brought in a record-breaking $3.29 million during the third quarter of this year), another shift is in the wind.

The only difference? This is a significantly faster-moving “reorientation,” one with potentially disastrous consequences for Trump.

As of last week, Graham was still carrying Trump’s water in the U.S. Senate – urging his colleagues to join him in sending a letter to U.S. House speaker Nancy Pelosi urging her not to pursue impeachment against the president because the Senate would not vote to convict him under any circumstances.

As the new week dawned, though, Graham appeared to be shifting his posture on impeachment.

Speaking to “Axios on HBO” on Sunday, Graham said he was open to supporting a conviction of Trump if evidence of a “quid pro quo” were to emerge in connection with the so-called “Ukrainian meddling” scandal.

“Show me something that is a crime,” Graham told host Jonathan Swan. “If you could show me that, you know, Trump actually was engaging in a quid pro quo outside the phone call, that would be very disturbing.”

Graham’s comment was viewed with particular interest in light of recent comments by Trump chief of staff Mick Mulvaney seeming to support the contention that such a quid pro quo was contemplated.

“In the span of a week, he went from organizing a letter to Pelosi saying the Senate would never convict to describing the (relatively low bar) that would merit conviction,” one Graham critic in South Carolina told us, adding that the senator “feels the tide turning” on impeachment.

Is it, though? Perhaps …

Whichever direction the impeachment tide is turning, though, it is important to remember Graham’s leftward-leaning ideological orientation has not changed. And never will.

Graham was famously referred to by Democrats as former U.S. president Barack Obama’s “best GOP ally” – the only Republican in the entire congress to back Obama’s tax on carbon.  He’s also an amnesty pimp and an unrepentant tax-hiker – not to mention a key driver of the progressive narrative in Washington, D.C.

“Trump ally?” Please. That was clearly just a survival tactic …

And now that Graham’s survival is ensured, he is pivoting back to where he was in the first place.