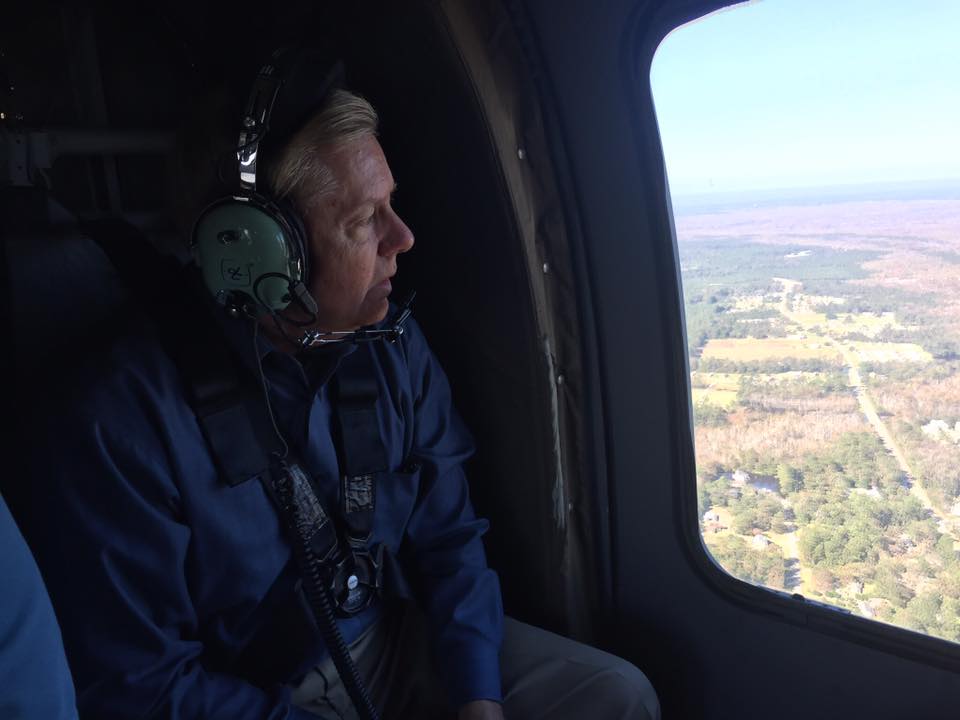 No wonder this guy was labeled Obama’s “best GOP ally.”

Graham said this week that he would lead a pair of congressional investigations into alleged Russian involvement in the #DNCLeaks scandal – which exposed collusion between the Clinton campaign, the Democratic party and the mainstream media to derail the populist insurgency of independent socialist U.S. Senator Bernie Sanders.

The Kremlin has steadfastly denied these hacking allegations – and thus far the American government has produced no evidence to support them.  Nonetheless, Obama’s administration threatened to launch a cyberattack against Russia in retaliation for the breaches – although one week after that threat was made the United States was rocked by a cyberattack.

In addition to announcing his investigations, Graham said this week that U.S. president-elect Donald Trump should adopt “a real tough tone with Russia, because if he doesn’t, you’re going to allow Russia to begin to break apart alliances.”

Really, Lindsey?  Is that what this is about?

Because last time we checked the “tough tone” with Russia was less about alliances and more about needlessly provoking World War III.

Remember, Graham is a wholly owned subsidiary of the U.S. military-industrial complex.  He wants to wage war everywhere, all the time … and he doesn’t care how much blood/ treasure will be wasted in the process.

Trump’s foreign policy – as expressed during his campaign – is a repudiation of Graham’s neoconservative imperialism (which oh by the way was roundly rejected by GOP primary voters).