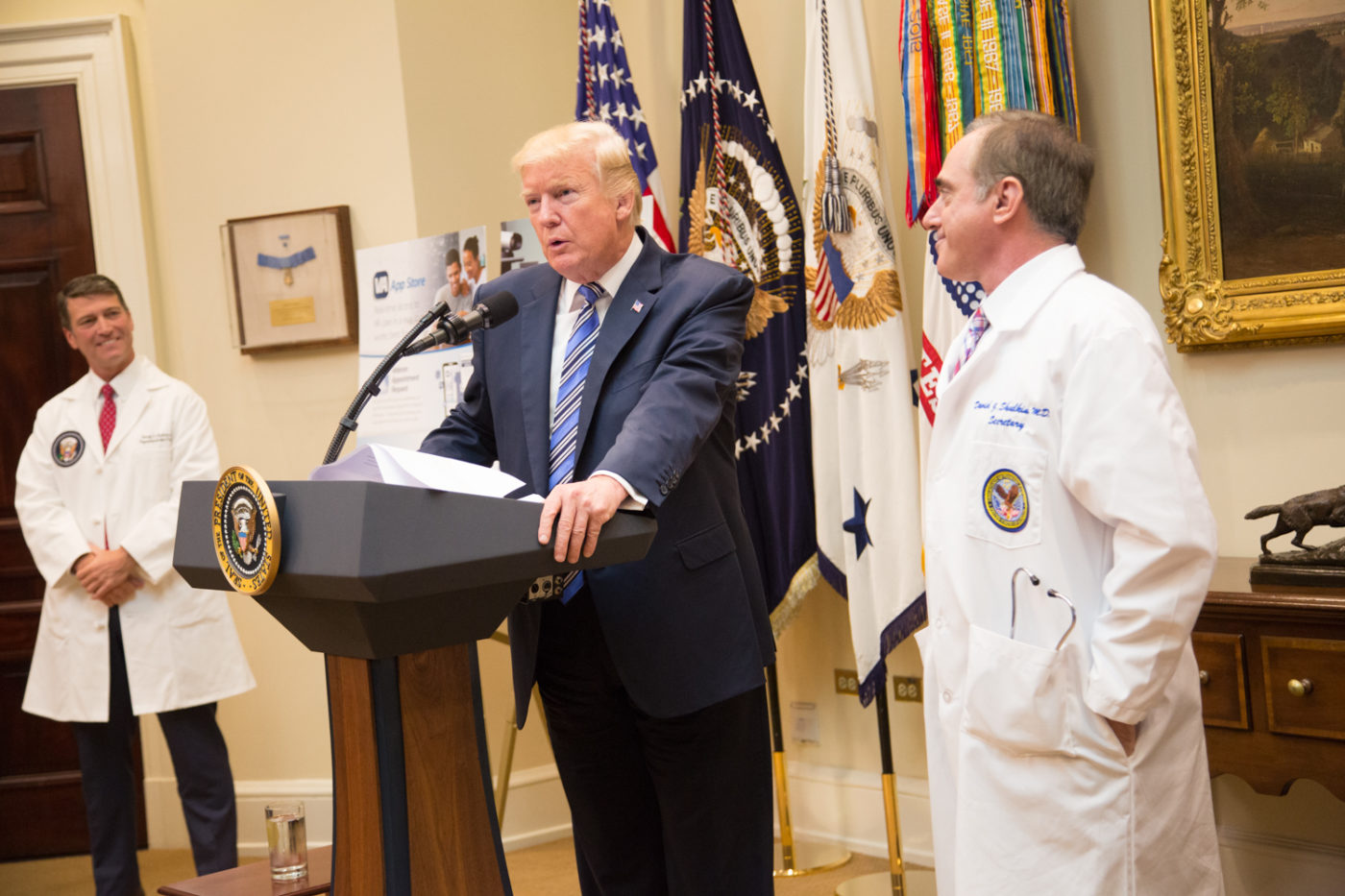 Why?  We wanted to send a message to the two-party establishment in Washington, D.C. (a.k.a. #TeamPurple) that business as usual was no longer going to cut it.

In addition to endorsing Trump, we’ve also been been harshly critical of those trying to take him out … as well as those “Republicans” who have refused to advance his agenda.

We’re not “all in” though.  By any means.  We’ve been unafraid to criticize Trump when we felt he deserved it … specifically calling out the rabid (and ongoing) inconsistency his administration has demonstrated since taking office in January (see here and here).

Such inconsistency has been tremendously disappointing considering the single-minded purpose Trump espoused upon taking office.

According to InfoWars – a site that routinely strains the bounds of credulity with its claims – Trump is being drugged by actors loyal to the “Deep State” (a.k.a. Dark State).

Deep state operatives are putting sedatives in President Trump’s food and drink to make him more pliable and disoriented, according to multiple White House sources.

Insiders close to Trump noticed his slurred speech and sleepiness over the past several months, which are strikingly similar to changes observed in former Presidents John F. Kennedy and Ronald Reagan, both of whom were sedated.

Specifically, Trump ally Roger Stone told the outlet the recent departure of the president’s decades-long bodyguard, Keith Schiller, has made it easy for the Deep Staters to “incapacitate” the commander-in-chief.

“With a loyalist like Schiller no longer standing next to the president, incapacitating him would be relatively easy,” Stone said.

Not only that, the website alleges that the drugging of Trump is taking place as a precursor to a forthcoming coup d’état.

Do we believe this?  No.

Would it matter at this point if it were true?  Probably not.

With each day that goes by, it is becoming abundantly clear that the populism embodied by the campaign of Trump (and to some extent, Bernie Sanders) has been successfully snuffed out by the two-party establishment that tried its best to foist a Bush v. Clinton rematch on the country.