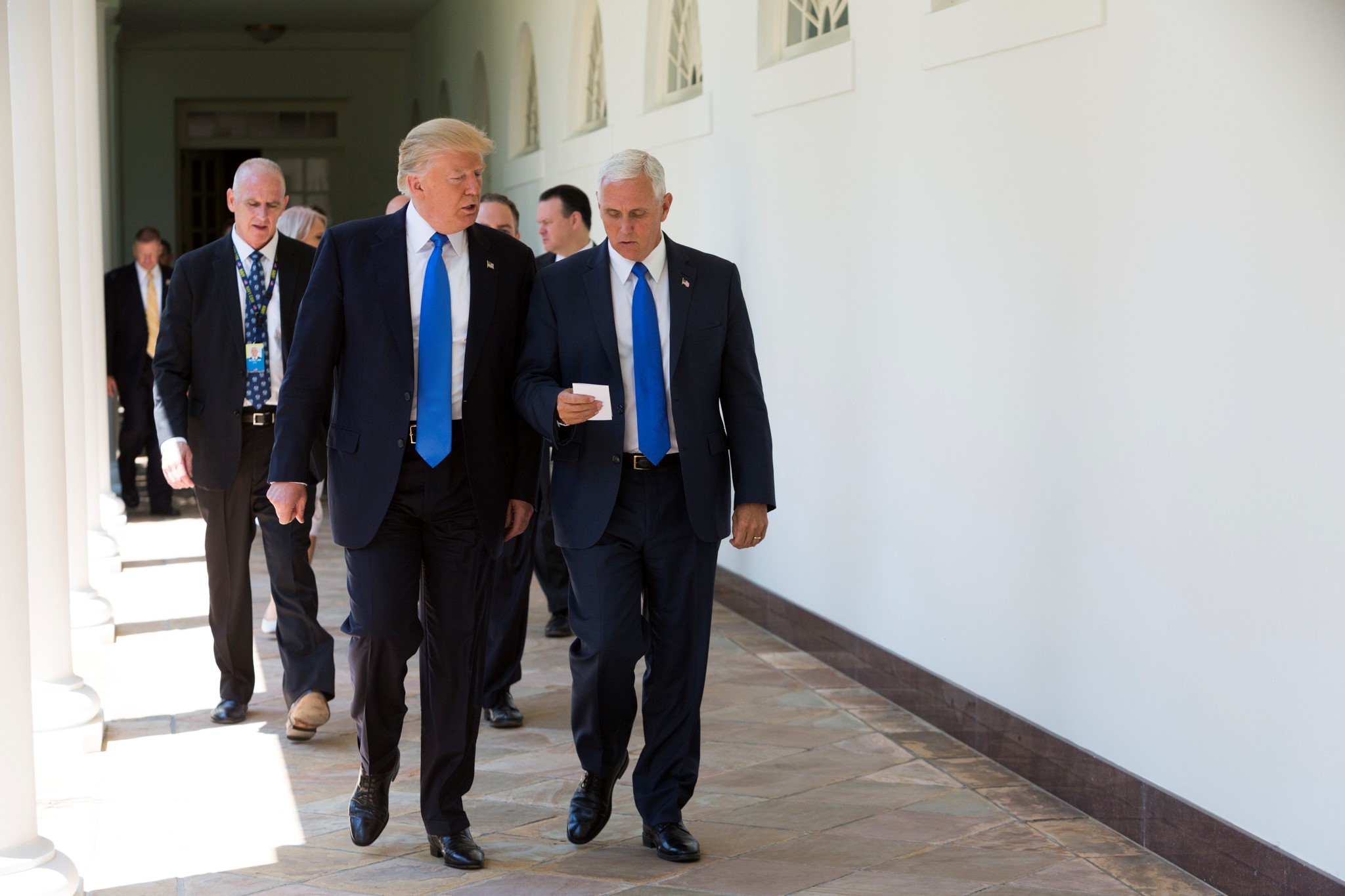 We wrote a piece earlier this week addressing the increasingly dysfunctional administration of U.S. president Donald Trump – and how we’re beginning to believe at least some of the blame for this dysfunction falls squarely on Trump’s shoulders.

The 39,000-foot view of our post was as follows: Trump stormed into office on a populist wave, vowing to “drain the swamp” and turn the tables on the Washington, D.C. establishment.  That’s why we endorsed him (twice).  Unfortunately, his efforts to appease members of the “Republican” party – appointing them to key posts within his administration and accommodating them on Capitol Hill – have completely backfired.

And frankly, Trump should have known nothing was going to happen if he went this route.

As we noted in prior posts, the GOP has been trying to cut Trump off at the knees dating back to August of 2015.  Why should now be any different?

“As a result of his failed GOP appeasement, America’s 45th president now finds himself in the unenviable position of having to fight against both parties with one hand tied behind his back,” we wrote in our column.

Yet Trump still doesn’t seem to grasp how untenable his situation is – or staff his administration accordingly.

“We thought we had elected a businessman to turn things around … so why is Trump governing like a politician?” we asked.

This week Trump’s new communications director – ostensibly hired to plug leaks within his administration – poured lighter fluid on an already blazing dumpster fire at 1600 Pennsylvania.  Or should we call it a “Trumpster fire.”

In doing so, he revealed a big part of the problem within our nation’s capital … a surfeit of hyper-egos incessantly stoked by petty indignities and obsessing over the latest talking head television interview or venomous tweet.

Seriously … we’ve seen nursery room fights in which the belligerents displayed greater maturity and self-control.  And Trump’s White House appears to be ground zero for the worst of it.

In a place that ought to be filled with humble public servants dedicated to improving the lot of the average American citizen, we instead have thin-skinned, vindictive narcissists – consumed with amassing power and prestige for themselves within the odious Beltway echo chamber.

People who lose their minds at the slightest of slights … like the man now responsible for delivering Trump’s message to the world.

In an expletive-laced rant to reporter Ryan Lizza at The New Yorker, new White House communications director Anthony Scaramucci (below) unloaded on his new co-workers in the West Wing – those on the ideological right and left. 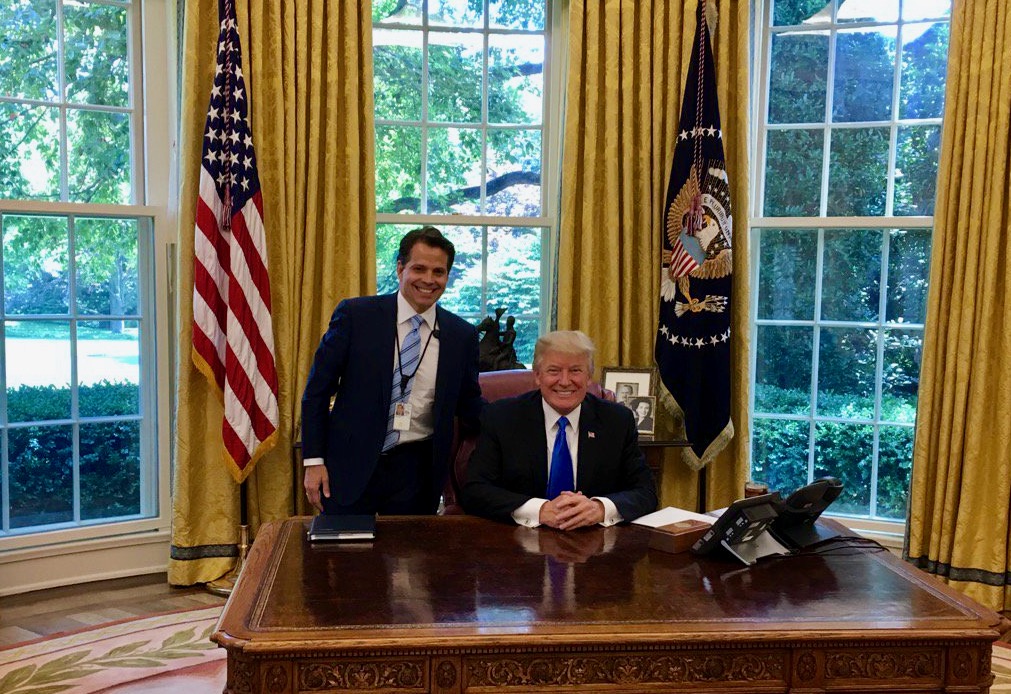 According to Lizza, Scaramucci’s rant originated with a tweet the reporter had posted noting the latter’s invitation to a dinner with Trump, his wife Melania Trump, Fox News host Sean Hannity and network executive Bill Shine.

The tweet, Lizza contends, “was evidence that his rivals in the West Wing, particularly Reince Priebus, the White House chief of staff, were plotting against him.”

That made him angry …

“I’ve asked people not to leak things for a period of time and give me a honeymoon period,” Scaramucci told Lizza. “They won’t do it.”

Lizza noted at the outset of his story that Scaramucci “initiated the call” and “did not ask for the conversation to be off the record or on background.”

In other words, he was “on the record” – as any public official should expect to be when placing a call like this to a reporter.  Having said that, in such situations we – and most reporters – invariably extend professional courtesy to our sources and allow them to speak their minds without turning around and trying to embarrass them in public.

Scaramucci certainly thought he was being extended such courtesy …

I made a mistake in trusting in a reporter. It won’t happen again.

In his comments to Lizza, Scaramucci spoke of Priebus in the most unflattering of terms.  He also accused him of committing a felony by leaking Scaramucci’s confidential income disclosure forms to the media.

“Reince is a fucking paranoid schizophrenic, a paranoiac,” he said.

As for the rest of the White House staff, Scaramucci told Lizza he was going to “fucking kill all the leakers” and “eliminate everyone in the comms team” and that he had “digital fingerprints on everything they’ve done through the F.B.I. and the fucking Department of Justice.”

He also asked the reporter to give up his source for the dinner leak because “you’re an American citizen, this is a major catastrophe for the American country. So I’m asking you as an American patriot to give me a sense of who leaked it.” 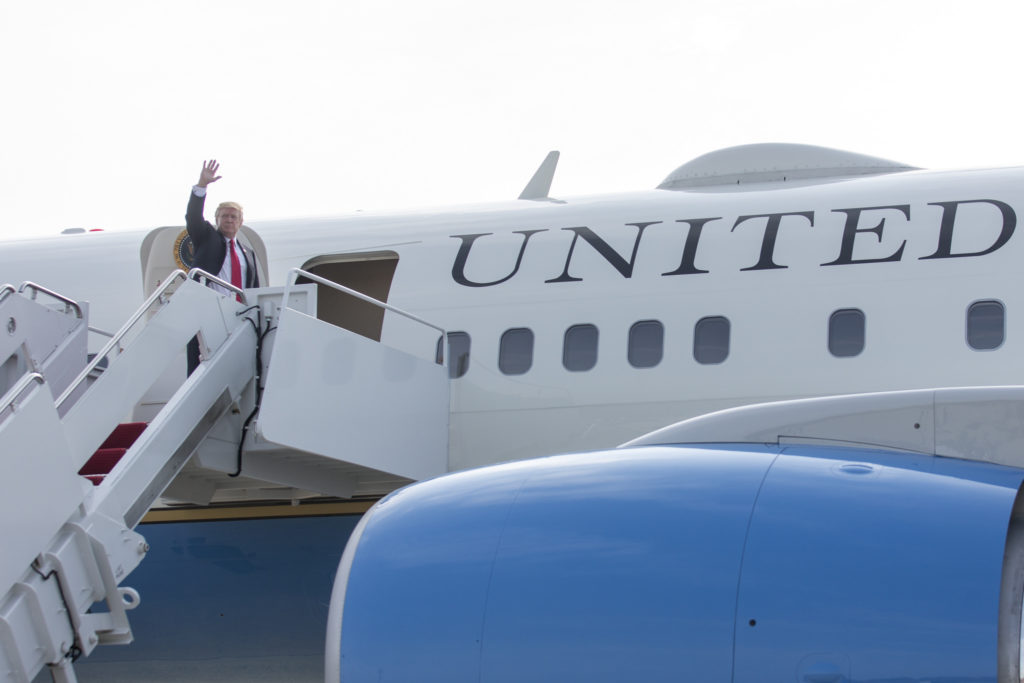 To his credit, Lizza declined to reveal his source.  To his discredit, though, he took a conversation that was clearly intended to remain private and broadcast it to the world.  That may gain him some immediate attention (and some love from his friends at CNN), but it’s probably unlikely to inspire much in the way of confidence from those who trust him with sensitive information.

Unscrupulous scribes aside, though, the real story here is the ongoing inability of Trump to assemble a cohesive team of capable advisors who are committed to advancing the ideals upon which he campaigned.  Surrounded by a hopelessly divided, disconcerted assemblage of partisans and self-promoters, Trump’s “swamp-drainers” are either creatures of the quagmire they are supposed to be fighting – or impetuous, scheming operators like Scaramucci who view the leak of participants at a dinner meeting as a valid excuse for completely losing their minds (on a phone call with Trump’s biggest enemy, no less).

Either way, these are not the sort of people likely to credibly advance an agenda … and the blame for that ultimately falls on the man who appointed them.

Trump inspired broad swaths of this nation by vowing to put their interests first … for the first time in a long time.  And those promises carried him to an unlikely electoral victory over the vehement opposition of both the “Republican” and Democratic parties.  It’s time for him to realize that the path of GOP accommodation and the indulgence of petty insider power struggles is not helping him advance our interests.

A new direction – and an entirely new breed of leaders to see it through – is desperately needed if Trump is to fulfill the promises he made to the American people.  It’s as simple as that.

Rent’s Due: And It’s Higher Than Ever

Another Way To Address Leaks