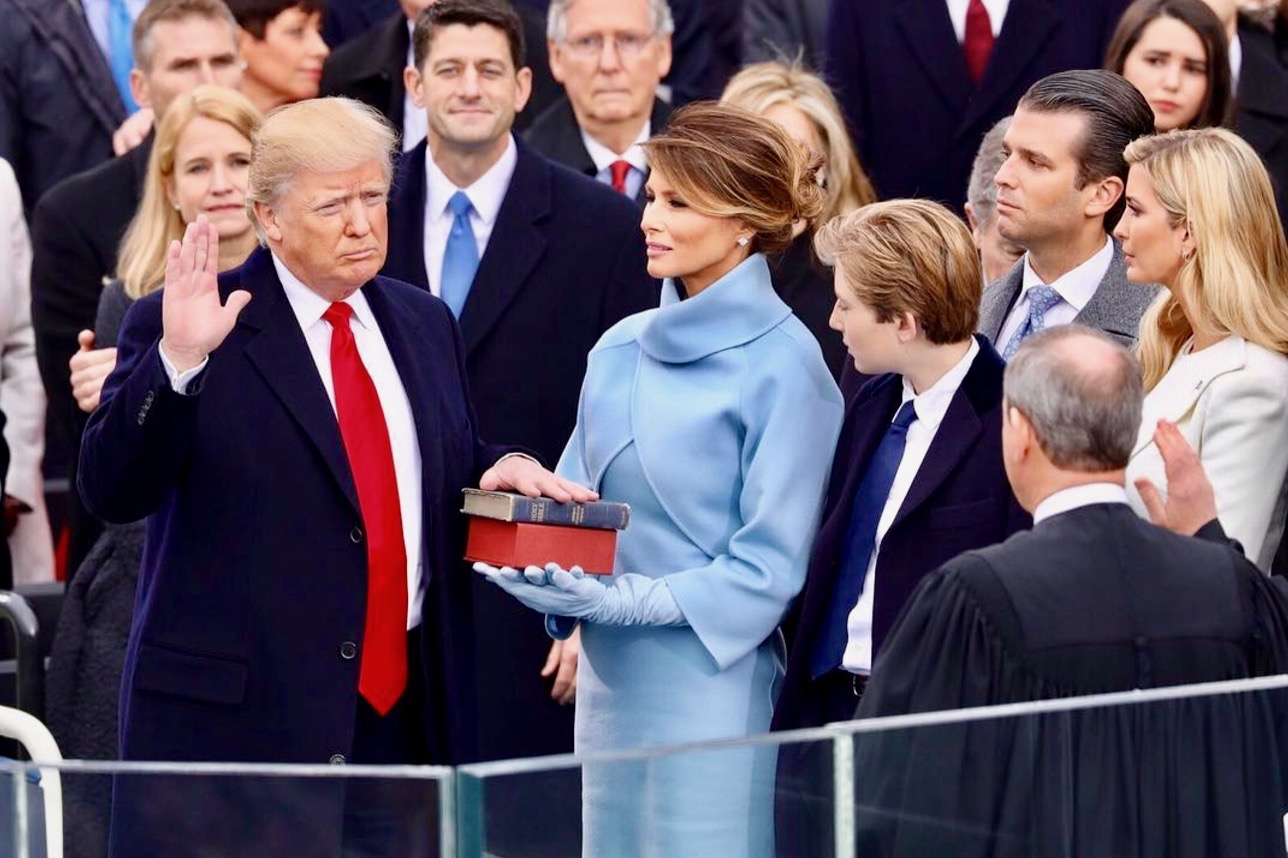 Donald Trump stormed the gates of the nation’s capital on Friday – taking the oath of office as the 45th president of the United States and unleashing a torrent of righteous, populist indignation on a city he said had profited off of the people it was supposed to be protecting.

Trump’s address – which you can read for yourself here – was far bolder and more aggressive than we imagined.

And we loved every word of it …

“This American carnage stops right here and stops right now,” Trump said, referring to the pervasive poverty and joblessness that have become the new normal under the regimes of both Democratic president Barack Obama and Republican president George W. Bush.

“For too long, a small group in our nation’s capital has reaped the rewards of government while the people have borne the cost,” Trump said.  “Washington flourished, but the people did not share in its wealth.  Politicians prospered, but the jobs left and the factories closed.  The establishment protected itself but not the citizens of our country.  Their victories have not been your victories.  Their triumphs have not been your triumphs, and while they celebrated in our nation’s capital, there was little to celebrate for struggling families all across our land.”

According to a Morning Consult/ POLITICO poll, 75 percent of registered voters said they wanted to hear Trump talk about “bringing manufacturing back from other countries, and keeping manufacturing jobs in the U.S.”

The new president didn’t disappoint – hammering away at the issue which was ultimately responsible for his upset victory over Hillary Clinton last November. 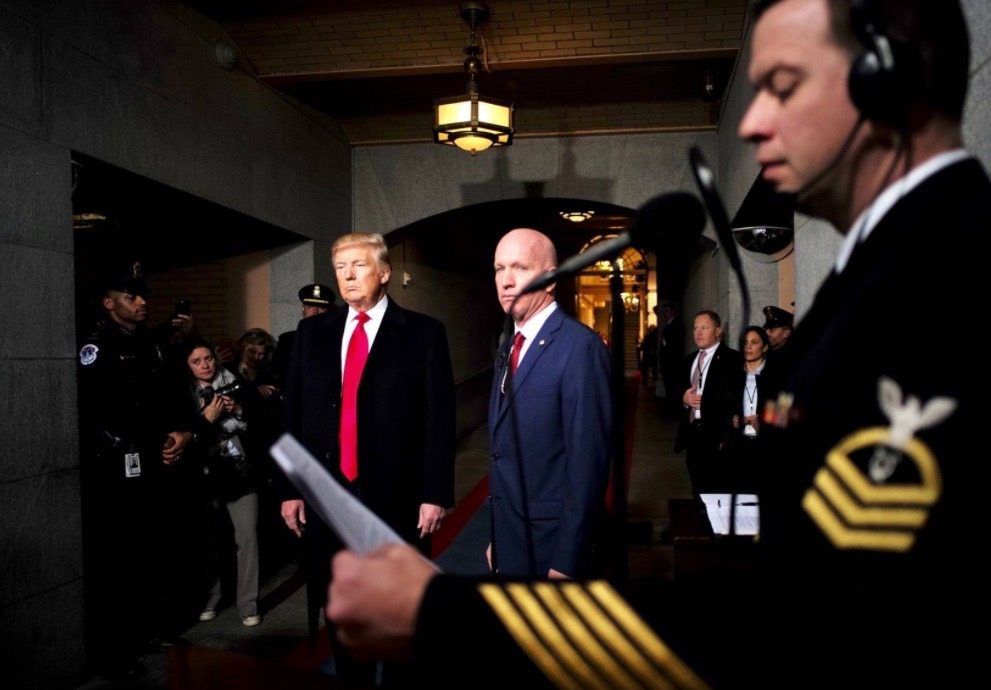 “One by one, the factories shuttered and left our shores with not even a thought about the millions and millions of American workers that were left behind,” he said.  “The wealth of our middle class has been ripped from their homes and then redistributed all across the world. But that is the past and now we are looking only to the future.”

Trump said his election was “a new decree to be heard in every city, in every foreign capital and in every hall of power.”

Not surprisingly, Democrats cringed and Trump’s unapologetic reaffirmation of his central campaign themes.

“It was my hope that the grandeur of the inauguration events, celebrating the peaceful transfer of power, would inspire him to rise to the presidency and work to advance the interests of all Americans,” S.C. Democratic Party chairman Jaime Harrison said in a statement.  “Regrettably, his dark and divisive speech suggests this will not happen.”

Trump’s speech may have been brutally honest, but we didn’t find it to be divisive at all.  In fact on several occasions he made it abundantly clear that his “America First” vision was available to all people … and that “whether we are black or brown or white, we all bleed the same red blood of patriots.”

“Through our loyalty to our country, we will rediscover our loyalty to each other,” Trump said.  “When you open your heart to patriotism, there is no room for prejudice. The Bible tells us how good and pleasant it is when God’s people live together in unity.  We must speak our minds openly, debate our disagreements honestly, but always pursue solidarity. When America is united, America is totally unstoppable.”

Doesn’t sound divisive to us …

In addition to regularly defending him against his detractors, this website endorsed Trump twice during the 2016 presidential campaign – first because he vowed to overturn the corrupt GOP apple cart and second because he vowed to drain the corrupt Washington, D.C. swamp.  He’s already done the former, and if his inaugural address is any indication he seems intent on doing everything within his power to accomplish the latter.

We won’t always agree with Trump (and when we don’t we will continue to say so).  Obviously we are very optimistic that he is going to walk the walk on the bread and butter issues that matter to us (and to taxpayers), but we’re sure there will be times he will disappoint us.

And again, when that happens we will say so.

But he sure as hell didn’t disappoint us today.  In fact, his speech struck us as precisely the sort of plain-spoken talk that’s been missing in Washington, D.C. for a long, long time.