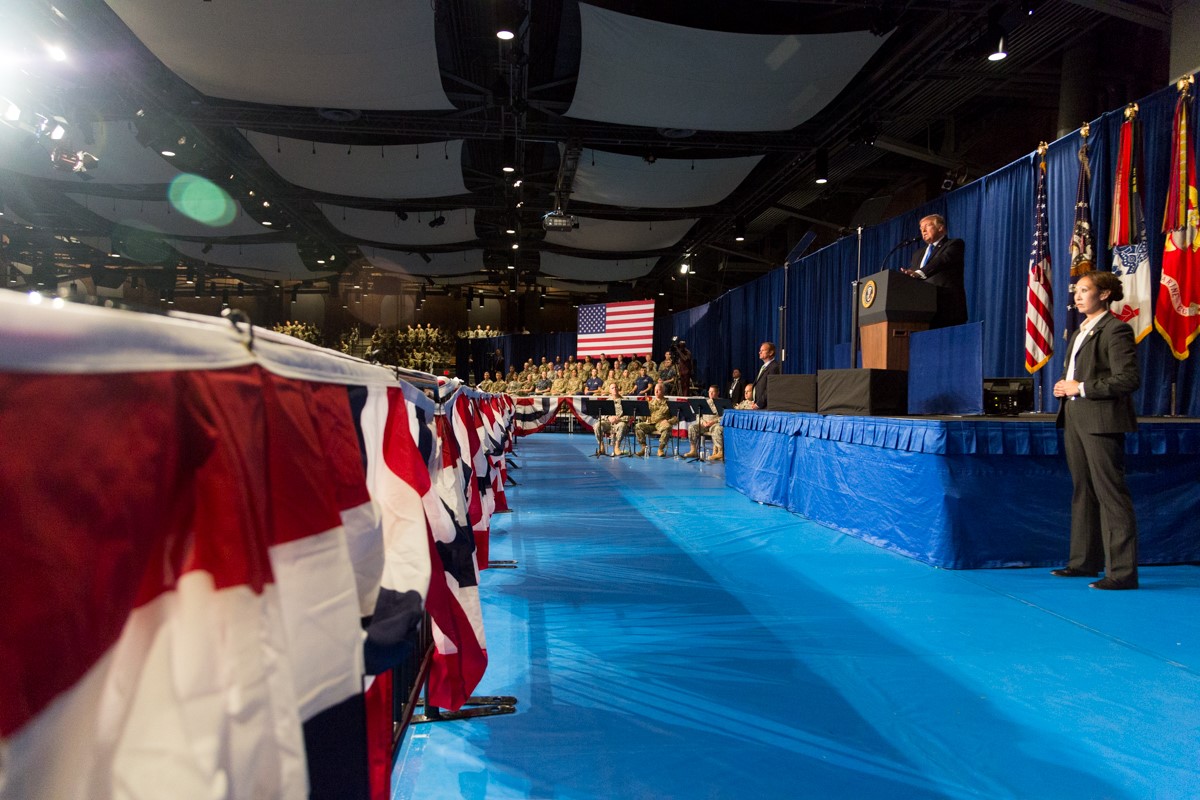 After “Republicans” caved to Democrats on the last big spending bill, U.S. president Donald Trump unexpectedly did the same thing this week.

Trump rebuked his own treasury secretary and GOP congressional leaders on Wednesday, unexpectedly agreeing to a three-month increase in the debt ceiling as part of a short-term spending agreement that, among other things, appropriates $8 billion in aid for Hurricane Harvey.

“The president listened to the arguments,” Schumer said after the meeting. “We think we made a very reasonable and strong argument. And, to his credit, he went with the better argument.”

Trump’s decision is significant – and not in a good way.  Under the deal cut in the Oval Office yesterday, the national debt will cross the $20 trillion threshold (currently it stands at $19.97 trillion).

That’s a major milestone, although clearly former presidents George W. Bush and Barack Obama bear the brunt of the blame for this unsustainable deficit spending.

“We had a very good meeting with Nancy Pelosi and Chuck Schumer,” Trump said. “We agreed to a three-month extension on debt ceiling, which they consider to be sacred – very important – always we’ll agree on debt ceiling automatically because of the importance of it.”

Trump’s base was enraged …

“(We) did not work so hard last year to elect majorities in the House and the Senate and get Trump elected in the White House to enact liberal policy priorities,” Jenny Beth Martin of the group Tea Party Patriots told The New York Times.

The one good thing to come out of Trump’s surprise deal with the Democrats?  It puts the onus on congressional “Republicans” to come up with a spending plan for 2018 that keeps their promises to voters.

“While it is disappointing that the status quo in Washington, D.C. is being perpetuated through December on the continuing resolution and debt ceiling, President Donald Trump has changed the playing field,” Rick Manning of Americans for Limited Government (ALG) noted.  “By extending the debate over the debt ceiling and government funding for another three months, this allows a more focused effort to get the GOP Congress to keep their promises on funding the wall, reining in government, cutting taxes and repealing Obamacare. This buys the American people the time they need to make their voices heard, and most importantly, it gives GOP legislators one last chance to get it right.”

That’s true … “Republicans” wanted a longer debt ceiling/ spending deal so that they wouldn’t have to keep coming back to address these nagging fiscal issues during the upcoming elections.