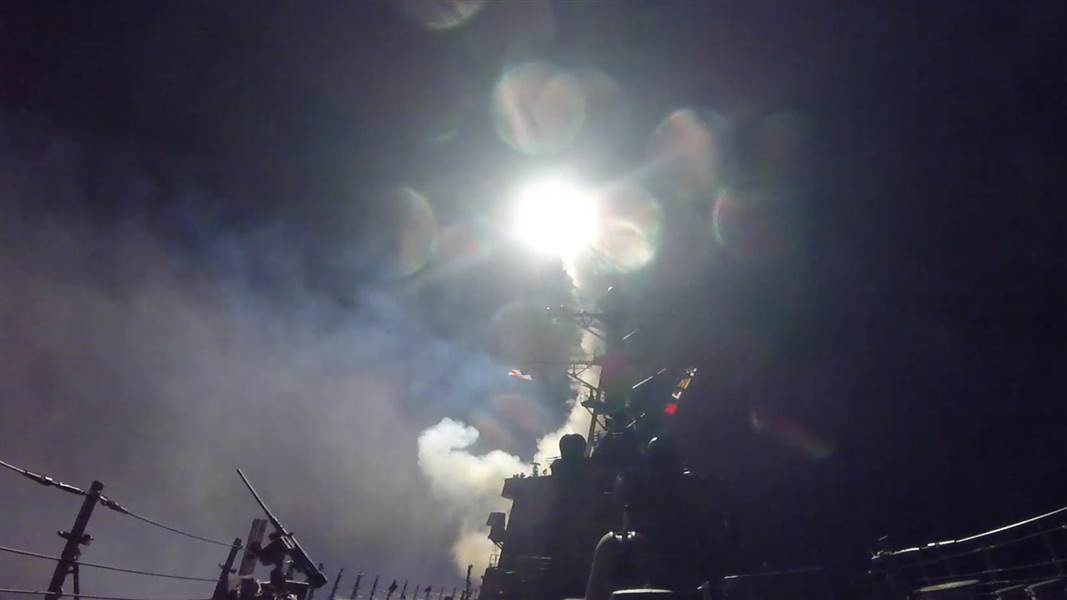 U.S. president Donald Trump – acting without congressional authorization and in direct contravention of his previously articulated beliefs – ordered an American missile strike on targets in Syria this week.

More attacks could be coming, too, as the new president appears to have undergone a complete reversal of his views on this conflict – which he once said America should “stay the hell out of.”

The U.S. missile strike – which Trump ordered from his winter White House in Mar-a-Lago, Florida – was intended as a response to a chemical weapons attack that killed seventy people in Idlib, Syria.  Trump clearly believes this attack was carried out by Syrian forces loyal to president Bashar al-Assad – even though previous attacks have been exposed as false flags.

“Assad choked out the lives of helpless men, women and children,” Trump said. “It is in this vital national security interest of the United States to prevent and deter the spread and use of deadly chemical weapons.”

Beyond the highly suspicious timing associated with this attack, we would challenge the president’s claim that there was any compelling national security interest served by his response.  And even if there was, that’s a case he should have made to the U.S. Congress – which possesses the authority under Article I of the Constitution to initiate military action.

Trump has no authority to unilaterally engage in this conflict.

Nevertheless, he did – citing the horrific images from last week’s sarin gas attack as his motivation.

“It was a slow and brutal death for so many,” he said. “Even beautiful babies were cruelly murdered at this very barbaric attack. No child of God should ever suffer such horror.”

That’s true … but again: How is this America’s problem? What national security interest is being served here? Where is the incontrovertible evidence confirming the origin of this chemical attack?  What is the military objective of the American “response?”  What is our exit strategy in the aftermath of this intervention?

And perhaps most importantly: How is this attack going to escalate the Syrian conflict and ratchet up a pointless proxy war with Russia?

Again, none of that happened.

We believe the 59 Tomahawk cruise missiles launched on Thursday at ostensibly “high value infrastructure targets” in Syria are only going to further destabilize the situation in Syria.  Furthermore, we believe the U.S. attack will ramp up a dangerous proxy war with Russia – which has been supporting the Assad regime in its fight against the Islamic State in Iraq and Syria (ISIS). 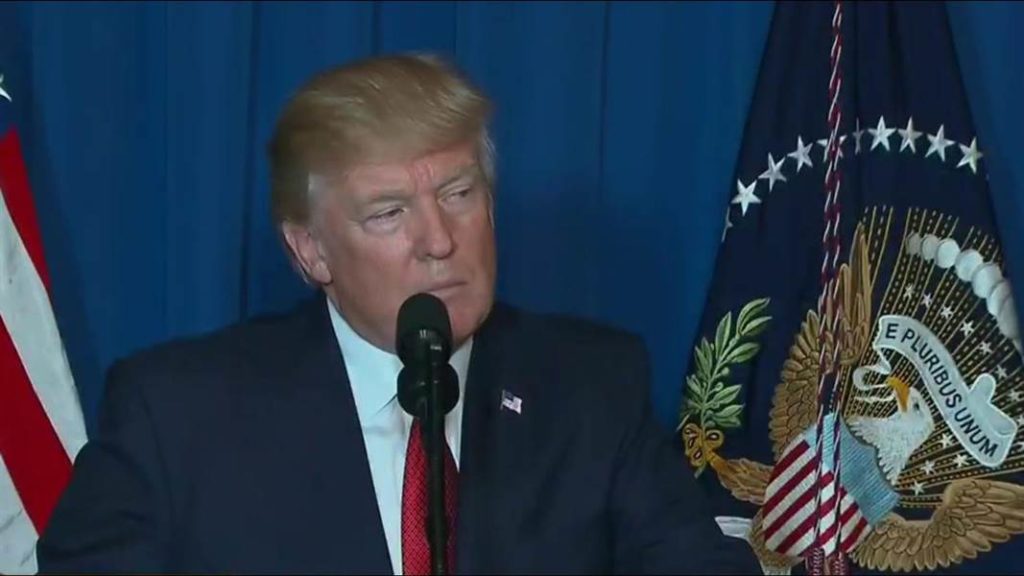 Russia immediately condemned the American attack and mocked its effectiveness – claiming that only 23 of the 59 missiles targeted at the Shayrat air field in western Syria hit their targets.  Not only that, Syrian eyewitnesses told ABC News that Assad’s forces “anticipated” the American attack and had already “evacuated personnel and equipment” ahead of the strike.

Trump ran a decidedly non-interventionist, “America First” campaign last year – which was among the reasons we endorsed him (twice).

Prior to that, he explicitly argued against former president Barack Obama’s ultimately abandoned Syrian policy – in which U.S. ground troops were supposed to have been sent in the aftermath of a chemical weapons attack in 2013

“We should stay the hell out of Syria,” Trump tweeted back in 2013, claiming Syrian rebels were “just as bad as the current regime.”

Unfortunately, Trump has been fooled into completely reversing his position solely on the basis of a curiously timed chemical weapons attack.

This attack – which Assad and Russia have flatly denied having any responsibility for – was launched almost immediately after two top Trump officials, secretary of state Rex Tillerson and U.S. ambassador Nikki Haley, announced the abandonment of America’s support for “regime change” in Syria.

Tillerson’s statements were amplified by Haley.

“You pick and choose your battles,” the ambassador said last week. “And when we’re looking at this, it’s about changing up priorities and our priority is no longer to sit and focus on getting Assad out.”

“War gods” like Lindsey Graham and John McCain – who have already succeeded in arming numerous radical Islamic terror organizations and pumping in tons of U.S. weapons into Syria – simply cannot abide a policy of non-intervention.

They want war – no matter the cost in American blood and treasure.

How much did this week’s attack cost taxpayers?  It’s not immediately clear.  Tomahawk missiles costs $832,000 apiece – meaning the weaponry used in this attack set taxpayers back roughly $50 million.  Obviously the planning and logistical costs associated with the attack are bound to cost far more than that.

The real cost, though?  The escalation of tensions in a region where America has absolutely no business engaging.