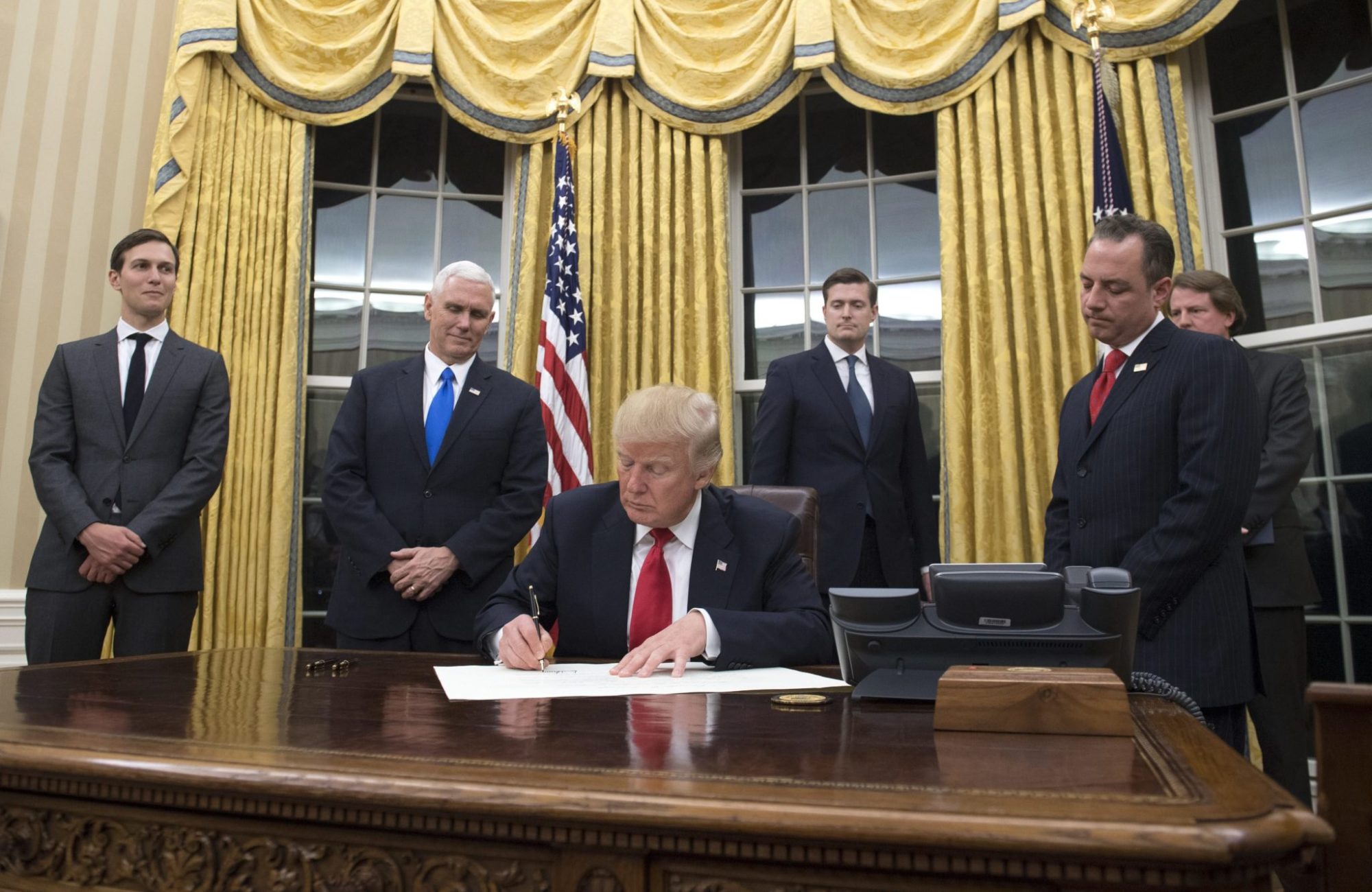 U.S. president Donald Trump made it abundantly clear during his 2016 presidential campaign that America was not going to be the world’s policeman – that the “neoconservative” strategy of warmongering (especially in the Middle East) had been a costly failure.

This week, though, a sarin gas attack in Syria prompted Trump to rethink his position.

“It crossed a lot of lines for me,” Trump said of the attack during a press conference with King Abdullah II of Jordan. “When you kill innocent children, innocent babies, little babies with a chemical gas that is so lethal that people were shocked to hear what gas it was, that crosses many lines beyond the red line. Many, many lines.”

The red line, of course, was a reference to former president Barack Obama’s ultimately abandoned Syrian policy – in which U.S. ground troops were supposed to have been sent in the aftermath of a chemical weapons attack in 2013.

That attack was later exposed as a false flag … but come on, what isn’t these days?

Nonetheless, Trump told reporters this week that the latest gas attack – which killed at least 70 people (including 20 children) – was “a consequence of the past administration’s weakness and irresolution” in Syria.  Not only that, Trump said footage and images from the attack had fundamentally changed his outlook on the situation in Syria as well as his views on its president, Bashar al-Assad.

“I do change. I am flexible. I am proud of that flexibility,” Trump said. “I will tell you that attack on children yesterday had a big impact on me.  Big impact.  It was a horrible, horrible thing.  I’ve been watching it and seeing it, and it does not get any worse than that.  I have that flexibility.  And it is very, very possible, and I will tell you it is already happened, that my attitude toward Syria and Assad has changed very much.”

Trump is correct on one count: It really doesn’t “get any worse” than the death of innocent children.  Of course American planes (and drones) kill innocent children on a regular basis, so it’s kind of curious and hypocritical to use such deaths as the pretext for a major policy shift.

“We’ve got a lot of killers,” he said back in February.  “What, do you think our country is so innocent?”

So far Trump hasn’t proposed any specific U.S. military action in Syria.  So it would be premature for us to get too bent out of shape regarding his comments.  But it’s clear change is in the air – and not the good kind of change, either.

Trump’s budget included a dramatic uptick in military spending.  Now it seems as though he’s looking for someplace to spend all that money.

Can taxpayers really afford such interventionist engagements, though? Seriously … can a nation that’s $20 trillion in debt really afford to undertake yet another costly misadventure in the Middle East?

Obviously the answer to both of those questions is “no.”  Again, though … we thought Trump knew that.

Sadly it appears we were mistaken.