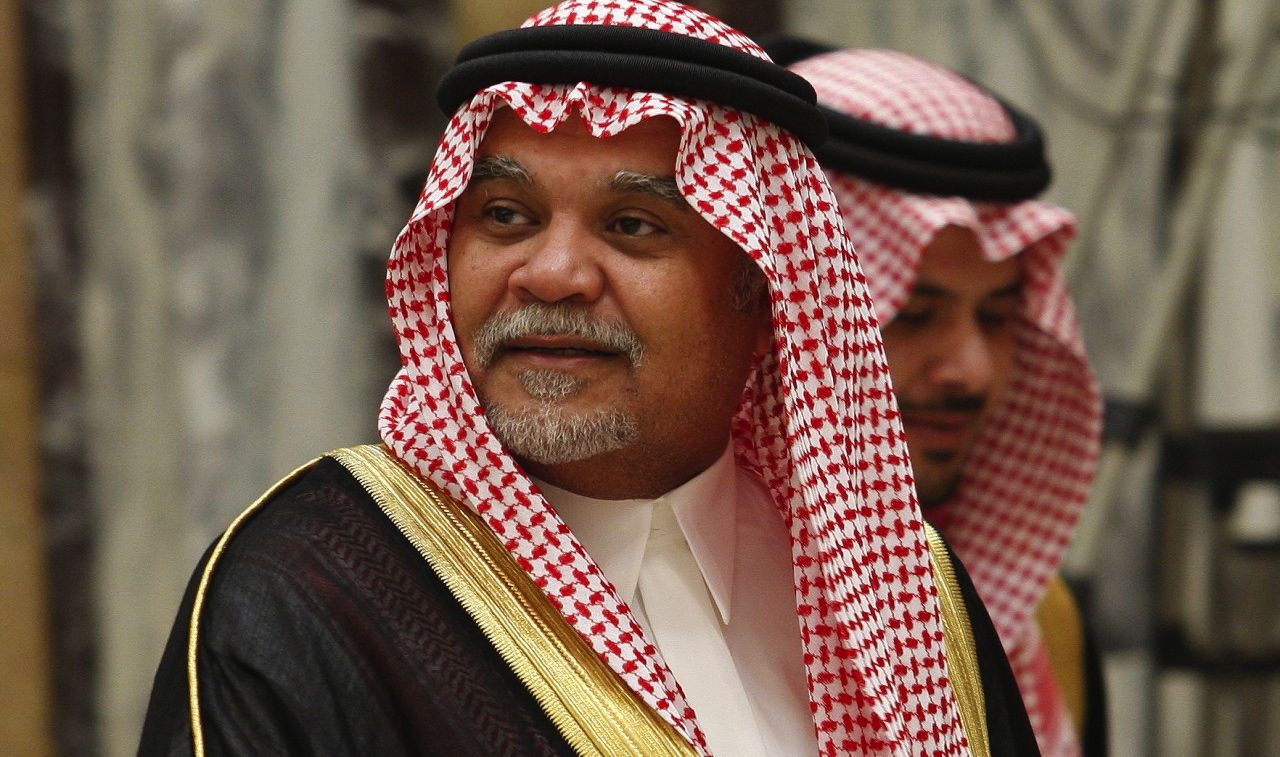 American “intelligence” maintains the regime of Syrian president Bashar al-Assad is responsible for the chemical weapons attack in Gouta which is about to elevate Syria’s civil war into a global conflict. In fact the United States government is so sure it is readying an attack against Syria’s military – even though it lacks the support of the American people, the U.S. Congress or some of its most important global allies to do so.

But did Syria really launch this attack?

“Many observers believe Bandar, with his close ties to Washington, has been at the very heart of the push for war by the U.S. against Assad,” the website MintPress News reports.

Here’s the key excerpt from the MPN report …

… from numerous interviews with doctors, Ghouta residents, rebel fighters and their families, a different picture emerges. Many believe that certain rebels received chemical weapons via the Saudi intelligence chief, Prince Bandar bin Sultan, and were responsible for carrying out the (deadly) gas attack.

“My son came to me two weeks ago asking what I thought the weapons were that he had been asked to carry,” said Abu Abdel-Moneim, the father of a rebel fighting to unseat Assad, who lives in Ghouta.

Abdel-Moneim said his son and 12 other rebels were killed inside of a tunnel used to store weapons provided by a Saudi militant, known as Abu Ayesha, who was leading a fighting battalion. The father described the weapons as having a “tube-like structure” while others were like a “huge gas bottle.”

Ghouta townspeople said the rebels were using mosques and private houses to sleep while storing their weapons in tunnels.

Obviously America being drawn into foreign conflicts on the basis of false information would be nothing new. And if you don’t believe us former president George W. Bush has some yummy “Yellowcake” you can eat.

But hey … let’s just take our government’s word for it, right?

Bottom line: It doesn’t matter whether the Syrians or the Saudis are responsible for this attack. Either way, America has no business getting involved in this struggle – on either side.

ISIS On The Ropes

The interviewing reporter has copies of checks directly from Saudi backers to the rebel fighters as well….

We don’t want to touch this hornet’s nest with a 10 foot pole.

It’s getting to be that the US is the big dumb kid on the block that all the smaller ones use to fight for them…and the MIC loves that shit.

And thus begins the conspiracy theories…
The UN investigators found the debris of the rockets used to launch the attack.

Let me guess, it was one of those “homemade” rockets the rebels use?

Most of them are “homemade” in Iraq, China, N Korea and every once in a while here in the good ol’US of A…

So they’ve been attributed to Assad by your understanding?

Yes, by a number of means, the missiles were known to have been fired from Assad held areas by delivery systems Assad is known to possess using an agent that Assad’s forces are know to have in their inventory. All of those bits of info were developed by US intelligence (all can be confirmed via open sources)

“General Idris has become increasingly engaged with soliciting aid from Western nations since his initial request of specialized training and non-lethal material support from the United States in February 2013.[7] On April 30, 2013 the United States began deliveries of ready-to-eat rations and Warrior Aid and Litter Kits (WALK) to the Free Syrian Army under the oversight of General Idris, in what was the first U.S. delivery of tangible aid to Syria’s armed opposition.[8] General Idris has issued letters and statements to Secretary of State John Kerry, President Barack Obama, and the United Nations Security Council to encourage international intervention and support in the ongoing Syrian civil war.[9][10][11][12][13][14] In a June 8, 2013 interview with the New York Times, Idris outlined that continued international support for the Free Syrian Army, including “game-changing weapons,” were required as a precondition for his attendance at planned negotiations with Bashar al-Assad in Geneva.”

You can see that we’ve been angling to remove the Assad regime obviously, this reminds me too much like the “2nd” Gulf of Tonkin incident(which never happened) that allowed full entry into Vietnam iin my mind. It’s all too convenient.

Overheard at the White House — Joe whispering into Barry’s ear, “This is a big f****ng deal!”

Interesting.. It appears that the Saudis are backing the rebels — but which rebels? Probably about 10%-15% of the rebels are Wahabi/Al Qaeda aligned, sworn enemies of the Saudi royals..

So, candidate Obama says Bush should have gotten international support. Now, president Obama says the US should show leadership in the world by moving ahead alone to punish Syria for its use of chemical weapons. How many more times is he going to flip-flop??

Biden said he would lead an impeachment effort against Bush if he didn’t get congressional approval before invading Iran. That vid should be on YouTube.

Chemical attacks? How lame,and ineffective.Let the USA do the killing for you!

And in other news…Hillary Clinton recieved $500,000 in jewelry from the Saudi King.

They gave the Bushes even more.

Well it isn’t like the US ignores chemical weapon usage, ethnic cleansing, and other forms of extreme violence and oppression when it suits them to, right?

Them A-rabs sure have some funny royal titles.

Price Bandar bin Sultan is a pearl of great prince.

The CIA gave ethane (methyl alkyl – H3C), or something very like it, to Iraq for making asphalt and to add to their rocket fuel for making their small, short range missiles go farther in the war against Iran. Instead they used it as a bonding agent to make poison gas. H3C is a highly useful chemical which can even help some sea life to glow and is a major bonding ingredient in Cymbalta. It may cause enkephalostrapesis or “brain lighting.” The gift was made in the US by a specific process which was traceable. That’s why we knew Saddam had Gas WMDs. In the two and a half months that the UN stalled, before we invaded Iraq in Gulf War Deux, the WMDs were removed to Syria, where they are today. We haven’t known where they stashed it until it was used. Trouble is, the only thing we know for sure is that our stupid policies helped them to make it. But we don’t know who used it. There is a lot of stupid invested in that traceable “gift.” But blowing it up still wouldn’t keep it from being traced. Is that why some senators are eager to do something for the sake of doing something?

Seems info is coming out that the rebels did it with chemical weapons supplied by the Saudis. Which of course makes TBG wonder where the Saudis acquired them…

Perhaps from the world’s all-time greatest stockpiler of “WMD’s”.

A little WWII history (that seems relevant to today) that TBG only recently became aware of :

Fascinating bit of history. I knew Churchill was responsible for gassing the Arabs, so I find it fascinating that he worked so hard to scrub the presence of mustard gas from the whole affair.

The obvious hypocrisy being both the UK and US were signers to the Geneva protocol at the time forbidding the use of chemical weapons.