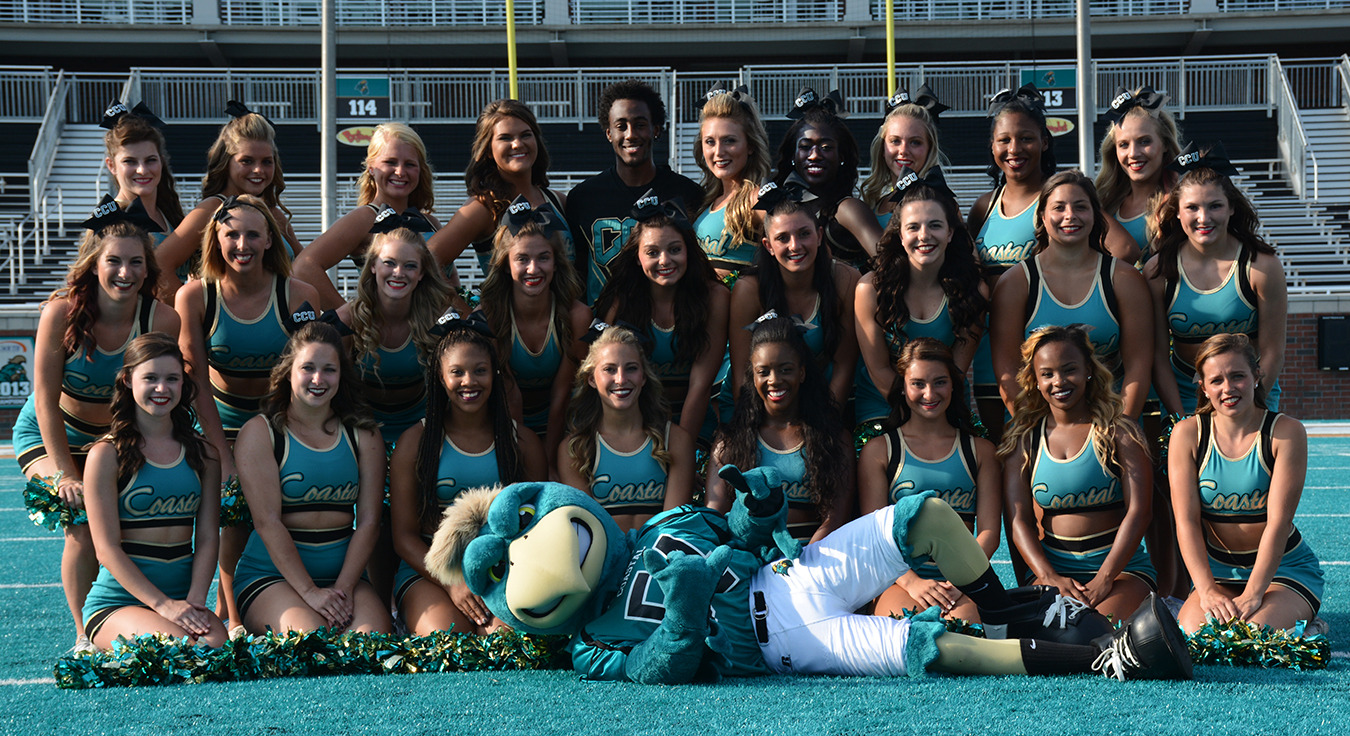 BUT SHOULD THEY BE?

Details of a yet-to-be-completed investigation of the Coastal Carolina University cheerleading squad have been leaked to multiple media outlets … and they are salacious to say the least.

The drama began a month ago when CCU’s president, David A. Decenzo, received an anonymous letter from a “concerned parent” alleging a host of improprieties involving team members.

There is a rampant use of alcohol, drugs, binge drinking, using fake ID’s, being busted by cops at parties for underage drinking, stripping at the male strip clubs, prostitution, the girls that are stripping try recruit new girls when they join the cheerleading team to strip at the strip club, veterans of the team provide alcohol to underage teammates, bullying is done by veterans of the team.

According to the letter, several CCU cheerleaders worked at Thee Doll House strip club as dancers – and further alleged that they “prostitute themselves out” at the club.

“They try to recruit other cheerleaders to strip at the club and escort by bragging and flaunting the large amounts of cash money they make and gift they are given,” the letter continued.

Are the allegations true?

According to the school, yes … which is why the entire cheerleading team was suspended last week.

CCU campus police investigator Michelyn Pylilo launched an internal investigation into the anonymous complaint and determined “some of the allegations are true.”

Specifically, Pylilo purports to have obtained evidence indicating several cheerleaders used the legal website SeekingArrangement.com to set up dates with “sugar daddies” – receiving payments ranging from $150 to $1500 for these encounters. 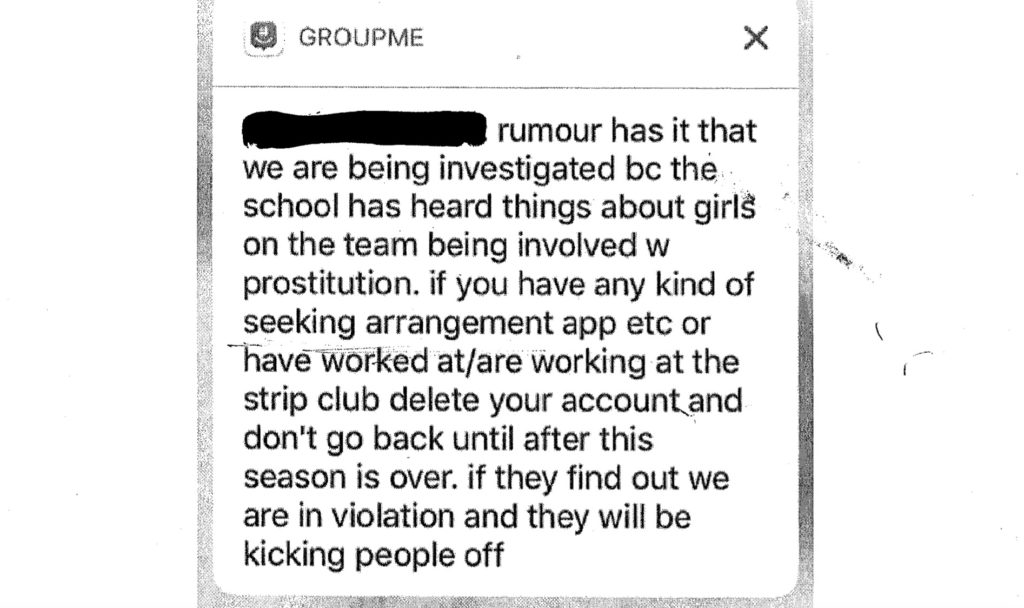 CCU’s investigation is ongoing, but at this point no evidence has been obtained indicating that any cheerleader was paid to perform sex acts.  Accordingly, there is no criminal investigation currently underway.

To be clear: This website’s views on escorting and prostitution differ dramatically from most mainstream media outlets.  We have consistently supported the legalization of such activity, arguing that restrictions against it infring upon individual liberty as well as one’s right to engage in the free market.

“If people want to make money by having sex with other people, what business is that of the government?” we wrote a few years back in one of our many posts supporting the decriminalization of the industry.

Having said that, there’s no evidence to suggest that’s what happened here.

Lawrence added she was “shocked and saddened to see these girls become victims of these baseless claims from an anonymous source.”

“Even more disheartening is that these girls were not permitted due process in their own defense to show just how outlandish and ridiculous these allegations truly are,” Lawrence’s statement continued.