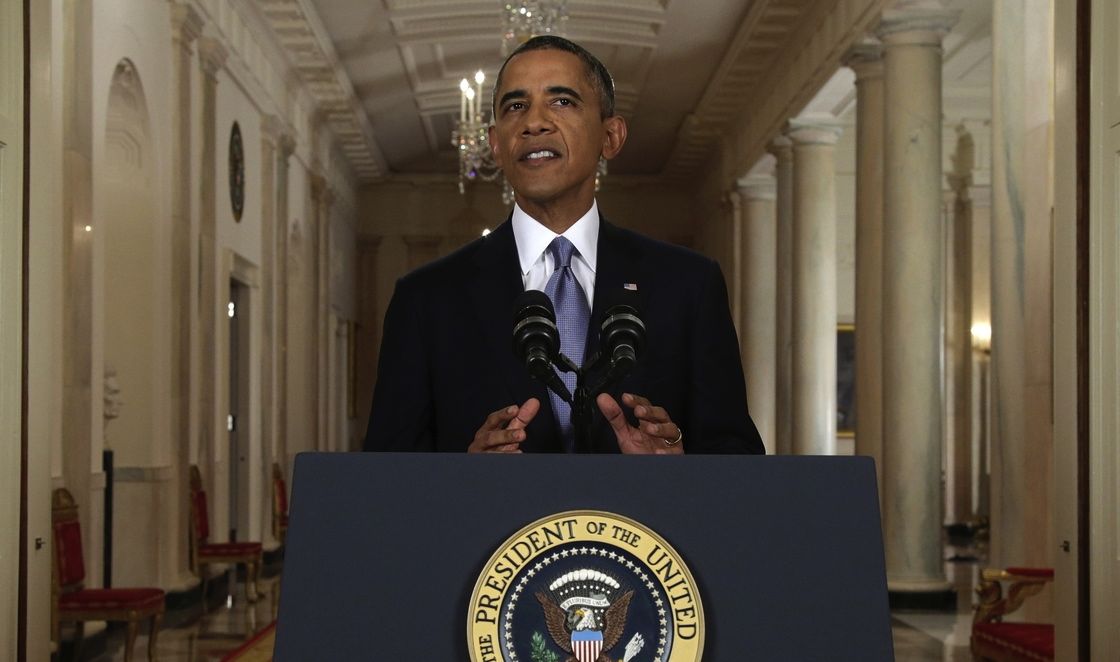 Dogged by overwhelming public opposition to American military intervention in Syria – and staring down the certain defeat of a congressional resolution authorizing him to strike  – U.S. President Barack Obama retreated on Tuesday evening.

In a nationally televised address from the East Room of the White House, Obama seized on a last-minute proposal offered by Russian leader Vladimir Putin that would facilitate the transfer of Syria’s cache of chemical weapons to international monitors.

“Over the last few days we’ve seen some encouraging signs,” Obama said, adding that the Russian deal “has the potential to remove the threat of chemical weapons without the use of force.”

But is this really about a “deal?” Or is Obama’s decision to press the “pause” button on a congressional vote he was destined to lose more about saving face?

“Everybody was looking for an off ramp,” U.S. Rep. Buck McKeon (R-California) said, “because they knew they didn’t have the votes. Putin dangled the hook and they bit. Now that they’re on the hook he started pulling.”

Obama and his “neoconservative” allies – most notably U.S. Sen. Lindsey Graham – tried to force America into a war we have absolutely no business fighting and were roundly rebuked for it by the American people.