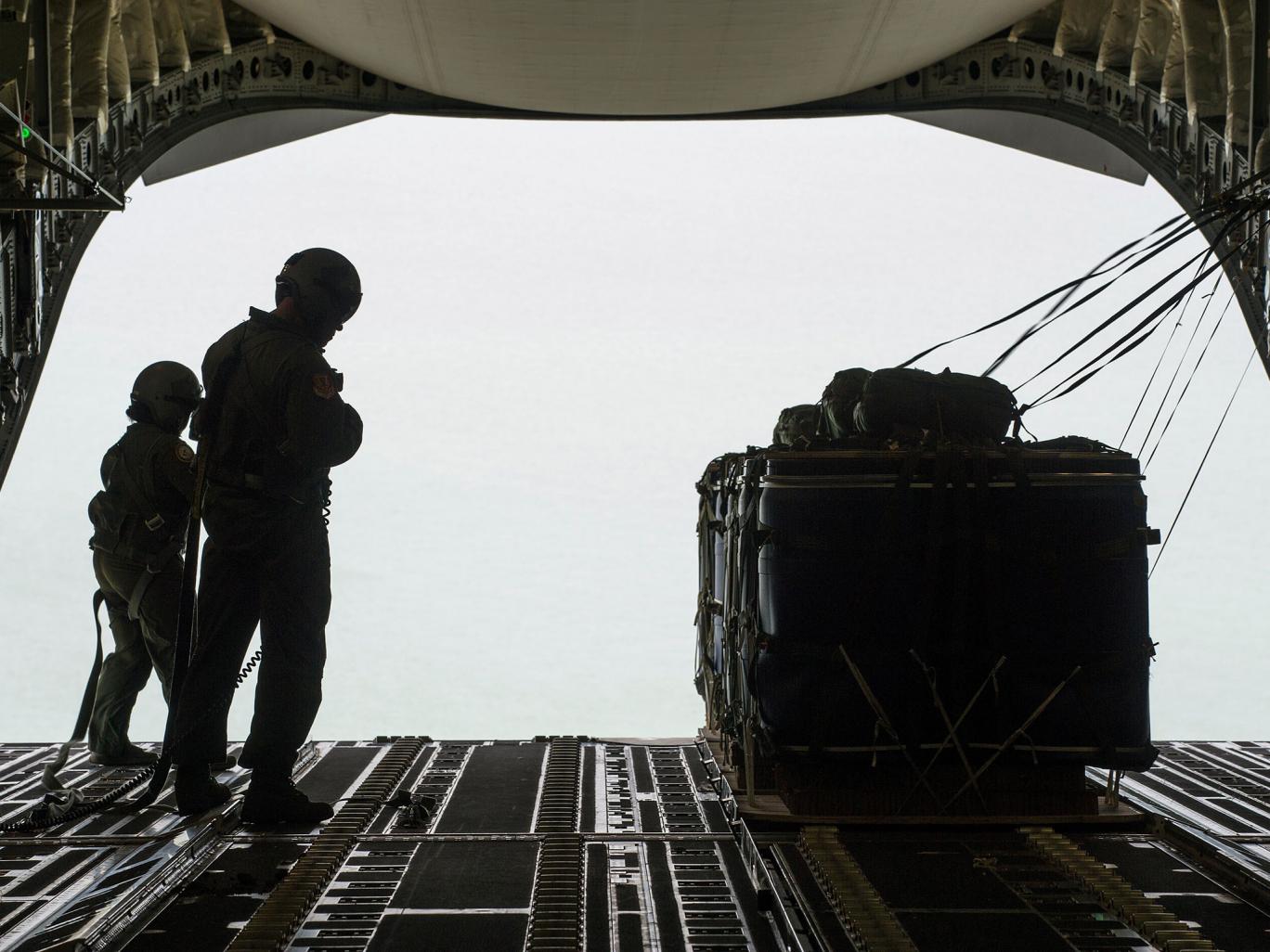 Where to start with this whole Syria debacle …

Well, let’s go back a couple years when fiscally liberally warmongers like U.S. Senator John McCain and Lindsey Graham were desperate to invade the country with American troops (because that strategy has been so successful).

How desperate?  Um … yeah.  This desperate.

Thankfully, there was no invasion … but Graham and McCain were successful in supporting a bunch of radical Islamic terror organizations.  And pumping in tons of U.S. weapons.

And not surprisingly, it didn’t take long for things to escalate further …

America’s goal in Syria?  To take out president Bashar al-Assad, who is a major thorn in the side of our “partners in peace” down in Saudi Arabia.  In fact, it is widely believed (if not reported by the U.S. press) that Saudi Arabia was really responsible for at least some of the chemical weapons attacks in Syria that have been pinned on the Assad regime.

America has repeatedly stated that it has been attacking the Islamic State of Iraq and Syria (its latest manufactured enemy) in this conflict.  But is that really what our planes and “advisors” have been up to?

Now that Russia has gotten involved in the Syrian War, it is becoming abundantly clear that the administration of Barack Obama – which loves to use ISIS for fear-mongering here at home – isn’t exactly going all-out against “the enemy.”

In fact the Russians are waging an aggressive air campaign against ISIS, targeting dozens of installations housing the terrorist network’s military infrastructure.

Wait … isn’t this the stuff American planes are supposed to be hitting?

“The Obama administration claims that it has been bombing ISIS positions in Syria for over a year.  So why in the world do these targets still exist?” commentator Michael Snyder wrote this week. “Was the U.S. military incapable of finding these installations? That doesn’t seem likely. So why weren’t they destroyed long ago? Did the Obama administration not want them destroyed for some reason?

“All pallets (were) successfully recovered by friendly forces,” a U.S. official told CNN.

“This is essentially the equivalent of poking the Russians directly in the eyes,” Snyder wrote.  “Much of this ammunition will end up in the hands of those that the Russians are attempting to bomb into oblivion, and so to Russia it appears that we are attempting to make their job much harder.  And of course the truth is that there aren’t really any “moderate rebels” in Syria at all.  Nearly all of the groups that are fighting are made up primarily of radical jihadists and/or hired mercenaries.”

So … what exactly is our government doing?

Good question.  Because it sure looks to us as though our tax dollars are arming radical Islamic forces – likely including ISIS fighters – who will in turn wage a proxy war against the Russians.