ORGANIZATION “ALL SHRILL, NO SUBSTANCE”

For years, the S.C. Policy Council was among the more influential voices in the Palmetto political universe.  Under the leadership of former president Ed McMullen (who is now a top advisor to U.S. president-elect Donald Trump) the group churned out reams of substantive research and engaged in consistent, conservative legislative advocacy – its efforts providing a needed check to the increasingly left-leaning ideological bent of the S.C. General Assembly.

When McMullen left, though … things changed.

The group engaged in a costly (and ultimately failed) bid to compete with this website in the new media marketplace – draining resources away from its core policy mission.

Still, it continued to have an impact … at least for a little while.

Back in 2014, the Policy Council led charge against then-S.C. Speaker of the House Bobby Harrell – who resigned his powerful post after pleading guilty to six ethics violations.

We were supportive of those efforts … assailing Harrell on a near-daily basis and clamoring for additional indictments in the case.

Who could have predicted the twists and turns this investigation would take, though?

Until this week’s broad, multi-count indictment against S.C. Rep. Jimmy Merrill, Harrell was the only elected official ensnared by the ongoing investigation into alleged corruption within the S.C. General Assembly.

Now it appears as though multiple indictments are looming.

Harrell was a frequent target of the Policy Council’s current president, Ashley Landess – and it was her letter to S.C. attorney general Alan Wilson that initiated the prosecution against Harrell.

Of course the investigation into Harrell uncovered numerous other examples of alleged self-dealing at the State House – including allegations of misconduct by several of Landess’ top legislative allies (not to mention Wilson’s obstructionism in connection with the probe of these allegations).

“The hunters became the hunted,” one Palmetto political observer told us.

“They never considered the investigation would be expanded,” a source familiar with the ongoing probe told us.

It has, though … and now the one-time crusaders for accountability are nowhere to be found. 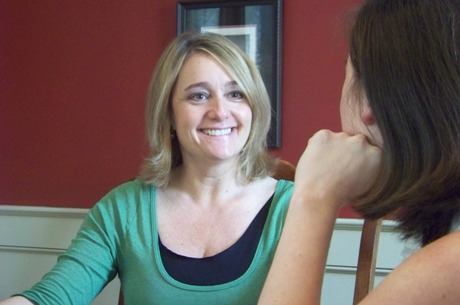 In fact, as another session of the S.C. General Assembly prepares to convene, lawmakers are publicly fretting the Policy Council’s lost credibility – and regretting how far it has strayed from its original mission of substantive research and legislative advocacy.

According to S.C. Senator Katrina Shealy – one of the more aggressive reformers in the legislature – the organization has lost its way.

“They are too busy witch-hunting to do the job they are supposed to be doing,” Shealy said. “They are needlessly antagonistic against all members – even those who are inclined to help them – but the real problem is they just aren’t doing the heavy lifting on real issues anymore.  It’s all shrill, no substance from them.”

Numerous other lawmakers echoed Shealy’s criticism – adding that the organization has betrayed its allies in several key budget battles.

“They have zero loyalty,” one lawmaker told us. “None.  Unless of course you are among those about to be indicted for doing all of the corrupt things they say they stand against.”

For once, we are with the legislature on something – and not just because the Policy Council once tried to move in on our territory (we’ve learned to embrace competition).

The bottom line is Landess’ failure to consistently oppose self-serving behavior among members of the S.C. General Assembly (and other elected officials) has stained the legacy of this once-proud organization.  More critically, the Policy Council’s retreat from real research and legislative advocacy has created a gaping void (one lawmakers have filled with unsustainable spending and unconstitutional borrowing).

“I hope your story will say we need someone to start a real think tank,” one lawmaker told us.

Landess’ group still occasionally hits the mark, but its conflicted response to the ongoing anti-corruption investigation and general withdrawal from credible advocacy has left it largely discredited.