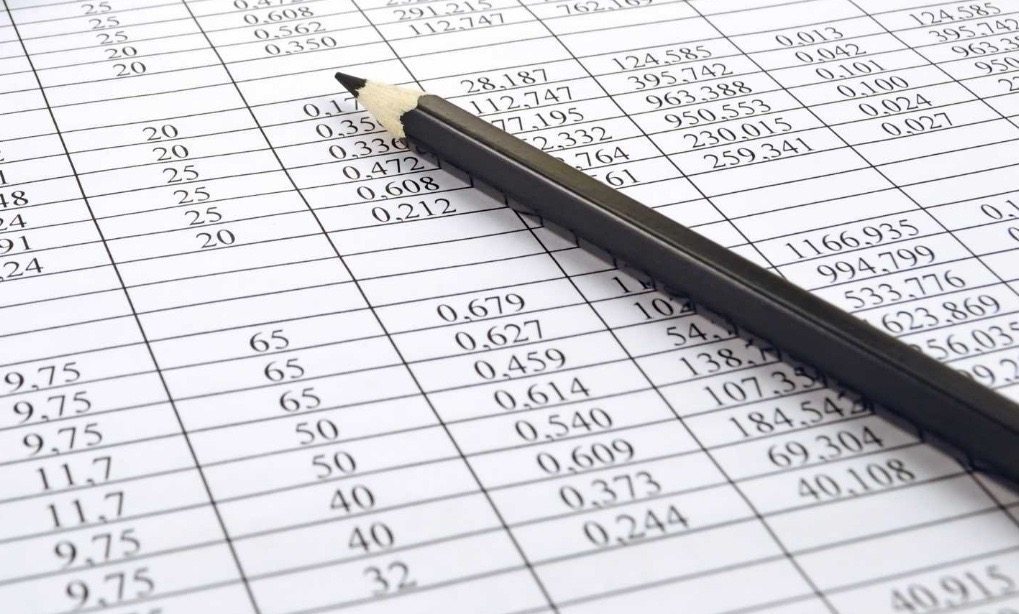 There’s a big story in The (Columbia, S.C.) State this Memorial Day weekend decrying the dearth of leadership in the Palmetto State. In fact the article – written by “reporters” Cassie Cope, Sammy Fretwell and Jamie Self – is entitled “How SC’s leaders have failed South Carolinians.”

We’re not going to argue that premise. Not one bit.

South Carolina’s elected officials have undeniably failed the people they serve.  In fact they’ve done so for decades … although they’ve done alright for themselves in the process (here and here).

They are underfunded. They can’t fill vacancies. The salaries they pay are not competitive. Work loads are oppressive, causing workers to quit, and threats to the public to go undiscovered until there is a crisis.

South Carolinians are suffering as a result.

Rural schools fail their students. Children die while in the care of the state Department of Social Services. Crumbling roads cost some S.C. drivers their lives and, according to a national research group, other residents about $3 billion a year. Dams collapse, causing hundreds of millions in damages. Violent youths riot, torching part of a state facility.

While South Carolinians suffer, the state’s leaders fail to fix the problems. And they are not held accountable.

Before we address the incessant bitching and moaning by state government bureaucrats about their “underfunded” agencies and their “non-competitive” salaries, let’s address a few of the points made in this opening narrative salvo.

Yes, rural schools are failing their students. We’ve been exposing this for nearly a decade.

Yes children are dying in the care of the S.C. Department of Social Services (we’ve been all over this agency for the last five years). 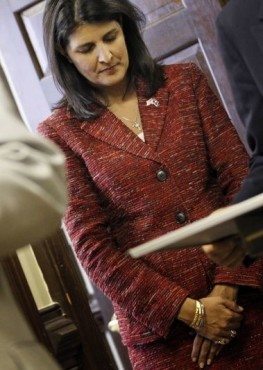 And yes, South Carolina’s juvenile prisons are every bit as violent as the state’s grown-up jails. We broke that scandal, remember?

In fact we hate to break it to The State, but the vast majority of items listed in their “indictment” of South Carolina’s political leaders are either scandals we broke or narratives we’ve repeatedly hammered.

What is the solution? How do we fix these problems?  How do we turn Haley’s categorically inaccurate political catchphrase “It’s a great day in South Carolina” into something resembling the truth?

To the liberal big government apologists in the mainstream media, the answer is always easy: More taxpayer spending.

These apologists have even begun to increasingly embrace deficit spending … which is technically illegal at the state level.

In their big exposé, “reporters” Cope, Fretwell and Self cite politicians like governor Nikki Haley in explicitly make the case for more taxpayer spending.

Gov. Nikki Haley and some lawmakers blame the lingering impact of the Great Recession. Others say years of devotion to the idea that government is too big have resulted in a government that is too small to support the state’s growing population.

Since 2007-08, South Carolina’s general fund spending has grown by only 6.8 percent. However, that increase has been more than offset by inflation, up about 15 percent during that same period.

Meanwhile, South Carolina’s population has exploded by 11 percent, a population that state government tries to serve with 5,000 fewer workers than it had almost a decade ago.

The result is a state government that spends less per resident to provide services – almost $300 a resident less, in inflation-adjusted dollars – than it did nine years ago, in 2007-08.

Wait … a “government too small?”

Let’s rewind the clock, shall we?

Back in 2009, this website ran a story in which we revealed that the state’s “general fund” budget – which the MSM likes to pretend is the “state budget” in its entirety – actually represented less than one-third of total state spending.

The following year, we ran a report on how two other categories of state spending – so-called “other funds” (i.e. money generated by fees and fines) and federal funds appropriated at the state level – were growing by leaps and bounds.

Two years after that, in 2012, we published a reported entitled “The Lost Decade” in which we revealed how these three categories of spending surged during the first decade of the 21st century.

This decade of reckless government growth included so-called “cuts” during the “Great Recession” of 2009.

Did it do anything to improve South Carolinians’ lot in life?  No. 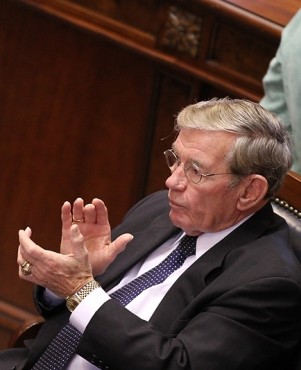 Former S.C. governor Mark Sanford fought a few Quixotic battles against these legislative leaders, but when his national aspirations went up in smoke … his commitment to taxpayers vanished as well.

Spending has continued to soar during the current decade, despite what the state’s liberal mainstream media would have you believe – and despite efforts by lawmakers to conceal the true growth of government.

In 2014, for example, we ran an exclusive report on how lawmakers “cut” $1.5 billion from the state budget simply by moving food stamp payments off of the books. This money is still being spent, of course … lawmakers just don’t count it in the budget anymore.

Nor do liberal “reporters,” apparently.

Last spring, we did a story on how the Palmetto State’s MSM was continuing to lie about the overall size of the state budget – claiming it was $6.6 billion when in reality it was more than $26 billion.

According to the summary control version of the latest budget plan presented by the S.C. House of Representatives, though, we’re actually looking at a spending plan totaling $24.5 billion.

That’s broken down (roughly) as follows: $6.8 billion in general funds (i.e. money collected from state taxes), $8.3 billion in federal funds (i.e. “manna from heaven”) and $9.4 billion in “other funds” (i.e. monies generated from hundreds of different fees and fines assessed on the people of South Carolina).

Oh, and that total doesn’t include $1.5 billion in food stamp funds (money taken off the books by lawmakers last year) so when you add that to the total, we’re looking at $26 billion.

Hold up … are we saying government in the Palmetto State is nearly four times as big as the politicians and liberal reporters are saying it is?

Yes, we are saying that. Because it is.

Lawmakers claim they have no control over federal funds – but that’s not true. They appropriate billions of dollars in federal money each year via a maze of “matching” categories – earmarking state funds in certain areas so as to obtain a “match” from the government in Washington, D.C. (which as of this writing is roughly $19.3 trillion in debt).

Meanwhile, state lawmakers have exclusive control over the “other funds” section of the budget – which is poised to eclipse the $10 billion mark this year.

This year’s total budget?  Lawmakers haven’t finished doling out the $1.2 billion surplus yet, but when you add it all up we could easily see a spending bill that tops the $28 billion mark.

Of course the MSM lie is even bigger when you consider the dubious deficit spending “Republican” lawmakers are seeking to employ this year … even as they campaign on approving “balanced budgets.”

We wrote recently about serious constitutional questions associated with a $2 billion road and bridge borrowing program … but that’s not the only deficit spending taxpayers are being subjected to.

A similar borrowing scheme is in the works for the state’s worst-in-the-nation government-run school system … even though the liberal S.C. Supreme Court recently stated in its landmark “minimally adequate” ruling that more money wasn’t the issue.

“Spending fails to provide students with the opportunity to obtain a minimally adequate education,” the left-leaning justices acknowledged.  “Rather, the evidence demonstrates that there is a clear disconnect between spending and results.”

Indeed … so why do our “leaders” keep doubling down (here and here) on the same failed approach?

And if you think this recent rash of deficit spending is bad … don’t get us started on the state’s woefully-mismanaged pension fund, which has seen its debt soar from $12 billion to $21.5 billion over the last four years alone (with another big uptick coming on July 1).

If the public keeps believing that government is failing because it’s not getting enough money, then the scam will continue.  But if the public ever realizes it is subsidizing a massive expansion of government – and still getting abysmal outcomes – a majority of citizens may demand change.

At the end of the day, this website will continue to argue on behalf of a limited state government – one that performs a few core functions (i.e. cops, courts, roads, etc.) but performs them with excellence and maximum efficiency.  We will also argue for a limited social safety net for those in genuine need.

Obviously, others will argue against us – saying government should fund a host of functions (including “economic development” and “higher education“), and that these myriad functions should see automatic funding increases no matter what sort of outcomes are produced.

But wherever you find yourself on this ideological spectrum, is it too much to ask that our politicians, bureaucrats and reporters tell us the truth about how much money is being spent?

Bottom line?  We’ll never have a legitimate debate in South Carolina about how big state government should be so long as those in power refuse to tell us how big it is.