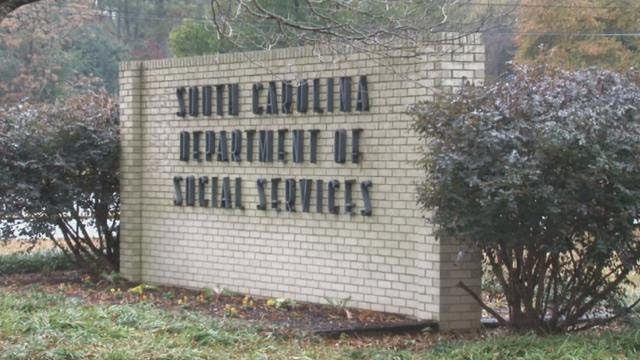 By FITSNEWS || During her first two years as a State Senator in South Carolina, Lexington County’s Katrina Shealy has developed a reputation as an unapologetic supporter of free market economic reforms – and a champion for the “least of these” in the Palmetto State.

In keeping with that philosophy, Shealy announced her intention this week to file legislation that would eliminate the S.C. Department of Social Services (SCDSS) – shifting many of its functions to another agency in the executive branch.  Those remaining responsibilities would fall under the purview of a renamed agency – one with a more targeted focus.

SCDSS has been an unmitigated disaster under S.C. Gov. Nikki Haley – most notably as it relates to repeated instances in which vulnerable children were placed in abusive homes.

How does Shealy aim to fix things?

For starters, all Medicaid-funded programs currently administered by SCDSS would be placed under the S.C. Department of Health and Human Services (SCDHHS) – which already doles out the vast majority of the state’s Medicaid funding.

“We’re streamlining and refocusing our government,” Shealy told FITS. “We have an agency that knows how to do this already.”

Beyond narrowing the focus of this newly christened bureaucracy, Shealy’s bill would specifically define the qualifications and responsibilities of child welfare case workers – while creating a new statewide hotline for child abuse and neglect cases (scrapping the existing ineffective county-based system).

These issues were repeatedly raised during hearings held by a Senate committee on which Shealy served.

“After spending twelve months studying the system and seeing child after child put in harm’s way, I think the best solution is to start over – and start building a structure that focuses on putting the needs of our children first,” Shealy said.  “I don’t think the people of South Carolina are going to be happy with anything less than a total overhaul of a broken system.”

Child advocates applauded Shealy’s efforts – although they cautioned against viewing structural reform as a panacea.

“I respect Senator Shealy,” one prominent child advocate told FITS.  “She has done her homework and is taking on a lot of issues with this legislation.  But restructuring is an uphill battle that may create more questions than answers.  (It is) not always the one ‘fix all’ people hope it will be.”

“Leadership is still critical and that has yet to be addressed in the state,” the advocate added.

Under Shealy’s legislation, control of child welfare in South Carolina would remain within Haley’s cabinet- which has proven itself to be totally incompetent (if not criminally negligent) in safeguarding the best interests of vulnerable children.

Still, as bad as Haley has been on this issue we don’t believe in further diluting the authority of the state’s already neutered executive branch – even if South Carolinians choose not to hold its leader accountable.  That would be a recipe for disaster in the event a reform-minded governor with a real vision for the state is ever elected.

If anything, we need to expand the purview of the executive branch in the Palmetto State – and then hold our chief executive responsible for the results.

Sounds like a good proposal. She’s being doing her homework.

And do the same thing with DHEC.

You were reading my thoughts.

The point is that the governor would then be able to be held (more) accountable for the failings of the agency.

The error is that SC voters don’t hold politicians accountable. The Dept. of Justice is more likely to do that than we are.

They might be held accountable if there was a viable opposition party in this state. I know. Eliminate the Democratic party and create a new party called the RINO party.

As long as South Carolinians elect the governors that they do, the situation will get worse and worse as it has done every year since the original ‘reorganization’ in 1992.

I suppose you local guys know best. But with FITS on this case, one might hold a bit of hope for a success. What with articles like the above in full plain view, that republicrat g’vnor might think twice before putting any kids lives or welfare at serious new risk.

Nothing conservative about creating a new agency.

Perhaps you missed the part where they are “doing away with” DSS?

LOL! Santa Claus is real, too.

It is not creating a new agency – it is eliminating duplicate services. Read the entire post. Oh maybe you can’t read more than a paragraph at a time?

You appear much like a Chihuahua. Yipping and Yapping around people’s ankles while offering no cause for concern.

You appear like an idiot who can’t read! At least a Chihuahua has an excuse!

Chihuahuas are loyal, loving and they sleep when you do, and won’t wake you unless it is absolutely necessary.

Are you so ignorant that you think any other agency in the state does child and adult protective services investigations and treatment?
There is no ‘duplication’.
You are so stupid, I would guess you work for Haley. I hope it’s not Shealy.

Do libertarians even *care* about “child welfare?” Don’t they think the churches should take care of charity?

“Anyone who hates children and small animals can’t be all bad.” – WC Fields.

Great news! Go ahead and beat the hell out of your kids! If they get out of line,put em in the bathtub,and break their legs with a baseball bat

More government?? That’s not a conservative principle. She must be RINO or whatever you call it.

It is actually reducing government by combining agencies. Are you an Idiot or whatever you call it???

How do you reduce government by creating a new agency? Here’s a thought keep the agency, as is. Force the 6-figure muthafuckas in charge to do their jobs, and not shirk their responsibilities in the name of cutting costs. There you go. Less government, more accountability. “Conservative” principles wriiten by lib.

Newt wanted to reform the system in the 90s with orphanages, instead of paying street foster parents, ‘in the community” to take in abused children for the money….The government-paid pimps and the media went Ape-S#!t w/ resistance….

Until Republicans take on Liberals, and totally Defeat them, ground them asunder, stomp the crap out of them…and purge them out of the system…and that means you FITS level of Liberal-Tarian [email protected]$$#$ – nothing will get better.

It’s like Feguson – most of you idiots sided w/ the “Hands-Up” Fools until it became TOTALLY obvious what total F*#king [email protected]$$#$ you are for it… Until we just do it – and tell you brain-dead @$$holes to STFU and get out of the way…children will keep dying, and the Liberals and Liberal-Tarians will just keep feeding off their corpses, like you always do….

Oh, please. This is for the children. It matters not which party incompetence comes from. Screw-loose poli-wogs of any stripe can spoil the broth.

Bunch of shitty people in management positions at DSS. They might have degrees in this or that, but still shitty idiots who would never make it in the private sector. Starting another wasteful agency with the same people who have fucked up DSS and kept it fucked up, is a joke.

Good point. So start all over with new people, all over again … and again = better than leaving the children at risk in the mean time.

I can’t wait to hear what the other state agencies will be renamed to.

Dept of Probation and Parole = Dept of Record Keeping and Babysitters

Is it true that no whites work there? Or is that just another ugly rumor? When I applied for one of the top positions I was granted a “token” interview — an extremely short one!

I worked there for a year. It is run by mid and top level executives that are all black, fight like cats and dogs and are indifferent to moral and ethical concerns. It is a pit.

Just like the Soviet secret police. Each time the reputation reeked a bit too badly . . . boom . . . another name, as if that changed anything.

This is kinda pathetic.
Does Shealy not know that Targeted Case Management Medicaid funds USED to fund Foster Care and Adult Services, always with plans to get CPS into it, too?
But, that somehow all that Medicaid money got shifted somewhere, who knows where, under Mark Sanford?

If it is in the wrong place then it should be fixed? Ya think? Nitrat…maybe you work for the food stamp side of DSS and fear job loss?

Speaking from Taxifornia: I would say Do It, Do It Now and let the subsistence and subsidy money vapour trails follow the “best course” path.

Help the children, first and foremost, then chase down the errant (or not) g’ment financiers.

So what would happen. They’d shut down DSS, create a new agency under a different name and then hire all of the DSS employees back. Why don’t they just keep the DSS name and clean house?

You can’t read so they will not be hiring you!

So who will they hire or reappoint if not the people currently in those positions?

“… restructuring is an uphill battle that may create more questions than answers. (It is) not always the one ‘fix all’ people hope it will be. …”

(Speaking from Taxifornia) it is way, way ahead of any other practical solution … outright firing of the pervs and perps for a start.

It could be much worse.

(Hollywood / LA County Child Protective Services is run by perverts and pedophiles according to a guy I know who does contract photo ID work for TSA at LAX. He spots these serious perps all the time … flying to Texas to drive bus loads of illegal children to other states. :-(

Your last paragraph — wasn’t there something in the news lately about this?

I was all over this idea until Joel Lourie said he was for it. That silly fool is never right about anything.

The people running DSS in Columbia (child protective services) and the Regional Directors in the County Offices need to be fired immediately. Incompetence is the all the rage @ the DSS State Office. Most of the decent and competent DSS staff in the County Offices have been fired, have retired, or left the agency for other employment. Take a close look @ the County Directors hired by Koller, Blanco, and Hanak-Coulter and you will understand why DSS is failing in so many ways. These folks have zero front line case management or supervisory experience. They have never done the work DSS staff must do on a daily basis. It is dumbfounding that there has not bee a complete re-organization of top DSS management in Columbia and in the County Offices.

You can’t count on her because she backed off and pulled her bill from last year. On trailer safety. Googke dangerous trailers stolen trailer page