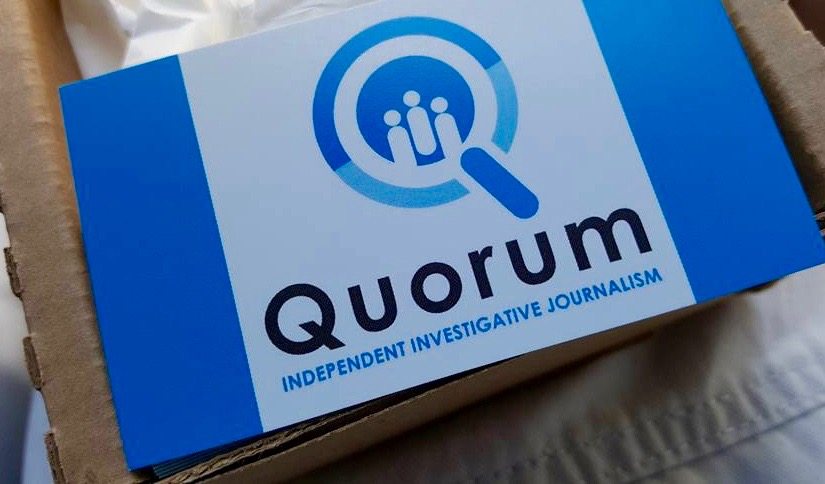 VETERAN REPORTER OUT AT “THE NERVE”

Ron Aiken – one of the better investigative reporters in South Carolina – has left his post with The Nerve, a new media outlet affiliated with the ostensibly libertarian-leaning S.C. Policy Council.

This week, Aiken launched his own new media website – Quorum Columbia – which he described as “journalism funded by donors, by small businesses and by regular people who care to see the business of watchdog, public-service journalism performed in Richland and Lexington counties.”

Clearly the site will have a regional focus – although it does have a tab indicating it will cover “state government” to some extent.

Sources familiar with Aiken’s departure from The Nerve tell us he was frustrated with alleged editorial interference from S.C. Policy Council president Ashley Landess – who is rumored to take her marching orders from the political empire of neo-Confederate “Republican” consultant Richard Quinn.

Specifically, we’re told Aiken felt hamstrung in his ability to cover certain stories involving Quinn – as well as his many political clients.  For example, we’re told he was repeatedly encouraged to refrain from writing on the recent implosion of S.C. attorney general Alan Wilson – one of Quinn’s top clients and (until recently) a leading candidate to be governor of South Carolina in 2016.

“He was told to stop writing about it,” a source familiar with the situation told us.  “He didn’t.”

Aiken is the second veteran investigative journalist to leave The Nerve within the last year.  Rick Brundrett – a former reporter at The (Columbia, S.C.) State newspaper – left the outlet last September.

He is currently a reporter for The Greenville News.

According to our sources, Brundrett’s departure was also linked to issues with Landess – notably her alleged refusal to support him in a dispute with a sitting S.C. Senator.

Despite all of its internal turmoil (and turnover), The Nerve has capably addressed many important issues since its inception in 2009.  Landess has also done a good job exposing the charade of certain so-called “reformers” in state government.

Bottom line?  South Carolina needs more media outlets willing to stand up and challenge the pablum doled out by its increasingly liberal mainstream press – which has become nothing but a rolling infomercial for big government apologists (a bought-and-paid-for infomercial, at that).