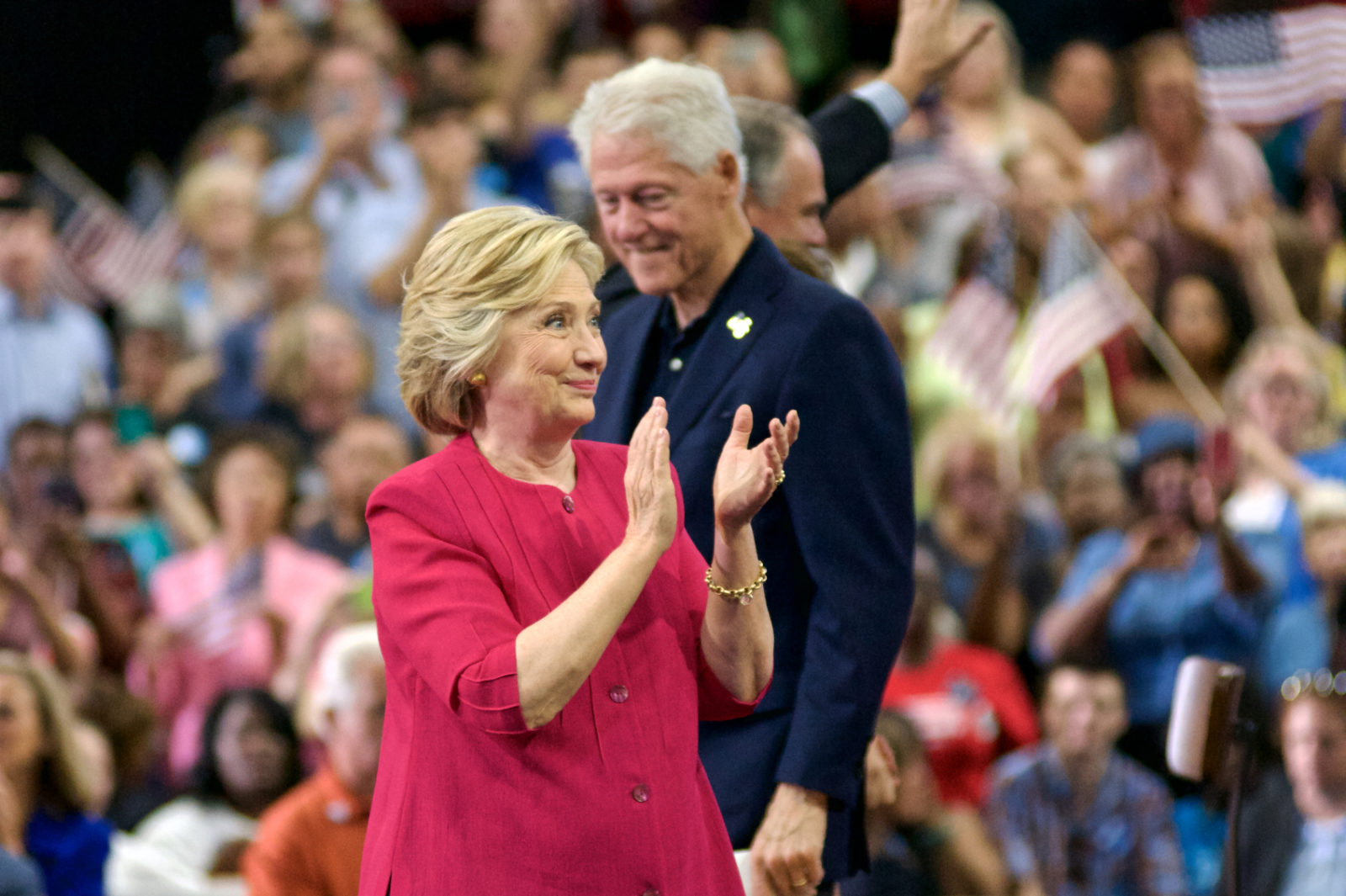 This summer, Democratic presidential nominee Hillary Clinton had the tiger by the tail.

She’d fended off independent socialist Bernie Sanders in what everyone assumed had been a fair fight (turns out it wasn’t).  Republicans nominated the man she thought was her dream opponent, Donald Trump (turns out he isn’t) And her pesky email scandal?  It being wrapped up for her with a bow.

Despite a mountain of evidence against her, Clinton was not prosecuted in connection with the extra-legal private server she used to send and receive classified information while serving as secretary of state from 2009-13.

Under pressure from the U.S. Department of Justice – ahem, Bill Clinton – Federal Bureau of Investigation (FBI) director James Comey announced that criminal charges would not be pursued against the corrupt candidate.

As we noted in our headline at the time, the “coup was complete.”

“Any other politician would be doing the perp walk right now – getting fingerprinted and smiling for their mug shot,” we wrote.

Instead Clinton was about to be coronated …

Last week, though, Comey announced that his agency had reopened its investigation into Clinton.  How come?  Apparently, Clinton-related emails by the hundreds of thousands were found on a server belonging to Anthony Weiner – a disgraced former congressman who apparently has an addiction to sexting young girls.

In fact sources close to Trump’s campaign tell us he provided the information after his efforts to “get Abedin back” failed.

Comey’s announcement – made less than two weeks prior to Election Day – has been nothing short of devastating to Clinton’s candidacy.  It has been followed by multiple aftershocks, too – most notably confirmation of a long-running probe into the pay-to-play corruption of the Clinton’s “charitable” foundation.

You know … this scam.

News of this white collar crime investigation actually broke back in August, but was largely ignored by the mainstream media.

This week, however, Fox News reported that the probe into the Clinton Foundation was a “very high priority.”

“There is an avalanche of new information coming in every day,” one source told the network, adding that FBI agents were “actively and aggressively pursuing this case.”

“Barring some obstruction in some way, they believe they will continue to likely an indictment,” Fox’s Bret Baier reported.

According to Baier, FBI agents are “currently combing through Anthony Weiner’s laptop. They are having some success — finding what they believe to be new emails, not duplicates, that have been transported through Hillary Clinton’s server.”

Additionally, Baier reported that “there is a confidence from these sources that (Clinton’s) server had been hacked.”

“It was a 99 percent accuracy that it had been hacked by at least five foreign intelligence agencies, and that things had been taken,” Baier added.

So … where is all of this going?  Well, assuming Clinton is able to fend off the scandal and prevail in the Electoral College against Trump (still an even-money bet), it now seems all but certain that she will be indicted on criminal charges during her transition period.

That, of course, would play nicely into the conspiracy theory our website’s founding editor Will Folks rolled out late last month.

Bottom line?  We are looking at scandal that is likely to dwarf the Watergate saga that sank the presidency of Richard Nixon in the early 1970s.