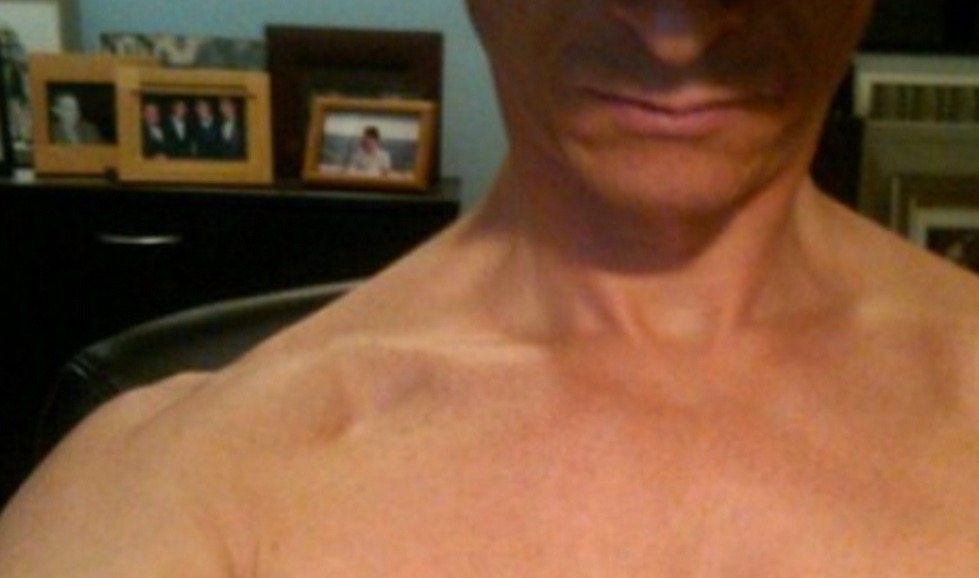 “CARLOS DANGER” IS BACK …

While Hillary Clinton‘s top aide Huma Abedin was busy facilitating the sellout of the U.S. State Department to her boss’s wealthy donors, her husband – disgraced former U.S. Congressman Anthony Weiner – appears to have been up to his old tricks.

The 52-year-old liberal politician – who lost his seat in the U.S. Congress over a “sexting” scandal in 2011 – is once again facing allegations of inappropriate behavior.

Only this time the allegations involve an underage girl.

“I would bust that tight pussy so hard and so often that you would leak and limp for a week,” Weiner allegedly wrote the 15-year-old in one of many explicit exchanges she provided to The (U.K.) Daily Mail.

Weiner is not denying that he communicated with the girl.  He even acknowledged the sending and receipt of “flirtatious” messages during his interaction with her.

“I have repeatedly demonstrated terrible judgement about the people I have communicated with online and the things I have sent,” he said in a statement provided to multiple media outlets.

This time his conduct could have legal – not just political – consequences, though.  In New York, it is against the law to try and induce individuals younger than 17 to send nude or sexual images.

It’s also illegal to send such images to minors.

The girl paints a thoroughly depressing picture of Weiner … whose 2013 bid for mayor of New York was also derailed by a sexting scandal (one involving a 22-year-old girl named Sydney Leathers whom he communicated with using his now infamous alias, Carlos Danger).

“He would tell me that he was very lonely and that it had been a year since he and his wife had sex, and that she really didn’t pay him any attention,” the girl told the paper.

Weiner used the alias “T Dog” to communicate with the girl – whose age he was apparently well aware of during their interactions, which lasted from January to July of this year.

“I thought of you this am. Hard,” he allegedly wrote in one message.

The girl says she responded by asking Weiner if she was the reason for his “hardness.”

According to the girl, Weiner repeatedly attempted to steer their conversations toward sexual topics – including “rape fantasies.”  Weiner also allegedly shared pornographic videos with the girl.

Abedin announced last month that she and Weiner had separated in the aftermath of a separate sexting scandal involving a 40-year-old woman.  In both of the recent sexting scandals, Weiner appears to have sent provocative images while his and Abedin’s four-year-old son was in his care.

Weiner represented New York’s ninth district in the U.S. Congress from 1999 until his resignation in June of 2011.  Prior to that he spent seven years on New York’s city council.

Weiner and Abedin were married in July 2010, a ceremony officiated by former U.S. president Bill Clinton.