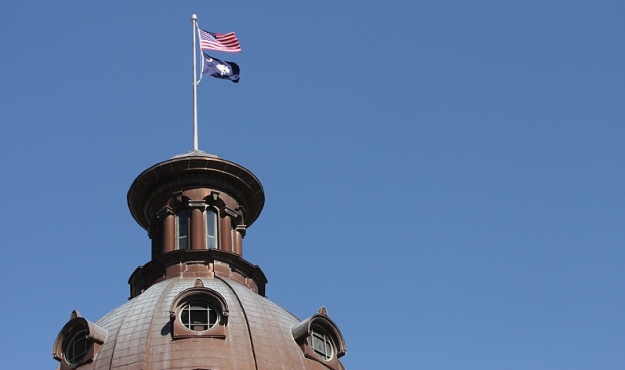 By FITSNEWS || To paraphrase Jay-Z, South Carolina’s got 99 problems … but in our case a bitch is one.

Errrr … sorry.  We garbled our words there.  “You people” must have misheard that.

Actually South Carolina’s got way more than 99 problems … but its biggest problem is that none of its leaders (least of all the “bitch”) are fixing the problems, they’re just trying to make themselves richer or more powerful by perpetuating them.

And we wonder why the end result in this state is always more of the same failure?  Just with a higher price tag?

“Republican” Nikki Haley was supposed to change all of this … but she’s failed miserably. And beyond all the headline grabbing scandals, bureaucratic incompetence and habitual dishonesty she’s demonstrated over the last four years, there’s been a bigger problem.

Despite clear and compelling evidence attesting to the failure of South Carolina’s big government status quo, Haley – a former Tea Party leader – has embraced the establishment by steadfastly advancing a fiscally liberal agenda on taxes, spending, education and (most notably) government-subsidized health care.

As a result the Palmetto State’s income levels haven’t budged, its workforce as a percentage of the population has shrunk to record lows, and it’s government-run education monopoly is still … well …

Oh … and a third of Haley’s cabinet appointees have been forced from their posts due to scandals in her, um, “transparent” administration.

Everything is worse than it was before, in other words. Yet Haley is cruising thanks to mainstream media accolades for her so-called “economic development” efforts … whether those developments ever materialize or not.

As bad as Haley has been, though, Democratic gubernatorial nominee Vincent Sheheen would do nothing to fundamentally change the direction of our hopelessly misguided ship of state.  If anything, he’d move us even faster in the wrong directions.  Hell, his main line of attack against Haley has been that her “big government” embrace hasn’t been “big government” enough.

What numbers is this clown looking at?  Because it’s clearly not real ones.

In contrast to the two utterly worthless establishment campaigns, a pair of eminently worthy non-conventional gubernatorial candidates have emerged during the current election cycle – “independent Republican” Tom Ervin (who is on the ballot as petition candidate) and Libertarian Steve French (the first candidate to run for governor on his party’s ticket in nearly two decades).

As for Ervin, we don’t agree with him on everything but the truth is he’s probably run the most substantive race of any of the four candidates … in fact he’s run the campaign Sheheen probably should have run, but didn’t.

Ervin has adopted aggressive pro-free market positions on taxes (eliminating the individual levy on income) and education (broadly expanding parental choice), while also embracing populist issues like term limits as well as progressive standards like a call to hike the minimum wage.

He’s been a mixed bag, in other words … but with more “treat” than “trick” if you ask us.  Ervin also scored props from us on the individual liberty front by speaking out against South Carolina’s gay marriage ban at a time when Sheheen remained painfully silent on the issue.

Accordingly, if you’re looking for an alternative to Haley or Sheheen that doesn’t involve “throwing your vote away” – Ervin is your guy.

As has been demonstrated in prior endorsements, though, we don’t mind “throwing our vote away.”  In fact we think the real surrender of one’s right to vote is knowingly casting a ballot for more of the same “heads they win, tails you lose” bipartisanshit that’s been holding our state – and country – back.

To us, it’s never “throwing your vote away” when you choose someone who is actually advancing the ideas you believe in.  In fact last time we checked, that was the whole point. 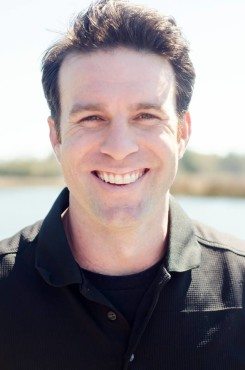 For us, that candidate in the governor’s race is Steve French.

A childhood cancer survivor who runs his own small business in the South Carolina Lowcountry, the dapper French and his gorgeous wife have a handsome young son – making them the perfect political postcard family.  French is also earnest, articulate, thoughtful, likable, telegenic … and he dramatically exceeded expectations during the two gubernatorial debates with his ability to turn a political phrase.

Of course when it’s all said and done we don’t care about French’s rugged good looks, his attractive family, his political acumen or even his compelling personal narrative (although no Libertarian candidate has ever brought such a package of attributes to the table).

At the end of the day all that matters to us is the issues.

Like Ervin, French is a supporter of eliminating the individual income tax.  But unlike Ervin he’s an advocate for a much more aggressive form of parental choice – namely letting state funding (every penny of it) follow the individual child.

In an effort to put an end to public corruption, French has embraced the S.C. Policy Council’s ethics reform agenda and has vowed to end corporate welfare in the Palmetto State.  He’s also offered a sensible two-step solution for fixing our crumbling infrastructure – without raising taxes.

(And yes, in case you were wondering “step one” is not adding totally unnecessary new projects to what is already inexplicably the nation’s fourth-largest state-maintained highway system).

On top of all that, French has proposed regulating marijuana like alcohol, ending the government’s monopoly on gambling and doing away with the state’s gay marriage ban – all common sense, long-overdue reforms.

“I want to make South Carolina the freest state economically and when it comes to (our) liberty,” French told us recently.

South Carolina’s problems are very real – yet every year they’re glossed over by glad-handing politicians of both parties who reside squarely in the pockets of the same self-serving special interests, with the state’s subservient bought-and-paid for mainstream media manufacturing contrived differences to keep the illusion up and running.

And again … we wonder why nothing changes?

With America sucking some serious wind economically, it is up to state governments to chart fiscally restrained, pro-free market courses that encourage expanded consumerism, investment and job creation.  And the only candidate in this race who would chart such a course is Steve French.

So if you’re serious about solving South Carolina’s “99 problems” (and beyond), don’t throw away your vote on more of the same …