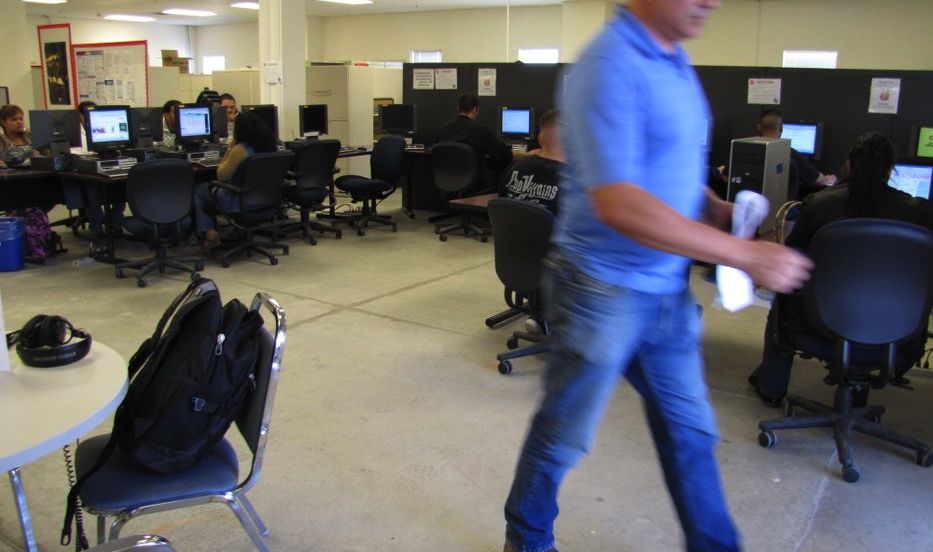 THE BEAT GOES ON FOR PALMETTO WORKERS …

South Carolina’s seasonally adjusted labor participation held at a record low of 57.8 percent in July, according to data from the U.S. Bureau of Labor Statistics (BLS).  The Palmetto State’s workforce is the nation’s sixth-smallest as a percentage of its population – which as you might imagine is not a statistic “Jobs Governor” Nikki Haley likes to talk about.

Labor participation in South Carolina under Haley peaked at 60.9 percent in June 2011 but has been falling precipitously ever since.  Similarly, the national rate has been declining steadily since U.S. President Barack Obama took office in January 2009.

The national labor participation rate in July was 62.9 percent – up modestly from 62.8 percent in June.

Haley has been busted inflating the state’s jobs numbers on several previous occasions (including HERE and HERE), but that’s not her real trick.  The governor’s “signature move?” Bragging about reductions in the state’s unemployment rate that come from working age people leaving the workforce.

South Carolina’s unemployment rate has shrunk, to be sure, but the decline is almost exclusively the result of a stagnant workforce that isn’t expanding along with the state’s growing population.

Oh … and there’s also that whole “welfare to work” scam (which the governor’s political opponents are finally recognizing).

Seriously … how else does Haley explain the surge in government dependency that’s taken place under her administration? If the economy is expanding, why are more South Carolinians relying on government handouts? And why are our income levels stagnant?

Haley doesn’t like to talk about any of that. Nor does she like to talk about the number of jobs South Carolina has lost since she took office – or the government-subsidized “economic development” deals that failed to produce a return on investment.

Not a good trend. How much can be attributed to coastal retirees? Statistically significant?

Sour grapes. Thank you Nikki. Business Insider has ranked South Carolina as the 8th best economy in America.
Better than neighbors Georgia, Tennessee and North Carolina.All of this under Nikki Haley.

This despite Obamacare and the impending employer mandate which is crushing job growth.

Well look its the Haley Troll..hey ask Nikki where she got the million dollars to give a doctor in California and why….inquring minds want to know which lie Haley is telling on that secret underhanded deal…

The real question is why “traitor Tommy” would spend millions of his own $$$$$’s for 2% of the electorate?
What is in it for him-or the old lady? If anything. :-)

To run against a self serving idiot like Haley….duh!!!

Nikki Haley and her high school staff are the only people whose salaries have gone up.

The Hookup Generation makes up 36% of the US workforce. The MySpace Generation is expected to make up 46% of all US workers by 2020. Looking at some of their work quality and work habits using Fits News as an example, the Boomers will probably never get them out of the basement.

Millennials produce nothing. They consume frozen pizzas, ice cream, cereal, and potato chips as these food items have all expanded shelf space in the last 14 years. They approach sex like wine. Pretty label on the bottle, on sip then off to the next bottle. Millennials’ hook-up mentality is based on their approach to technology. Technology to an Echo-Boomer is a cell phone and Facebook. They recently took to Twitter because their inner hash tag point of view was able to flourish. They disdain hierarchical constructs. You know, Executive-Manager-Pee On, Creator-Created-Accountability. Instead of identifying with their employer, they get tired of having to be part of a team and quit. They are loners. They drift from one affinity group to another.

Is it any wonder they are drawn to government handouts? The current unemployment numbers reflects Millennials in NOT the workforce. They dropped out, turned out, and got pregnant. They are the homosexual smoke with it’s stench wafting through our society. A job to them is a web site and Google Ads. Innovation, products, manufacturing, patents, math are abstract ideas to them. That takes work. As long as Millennials remain in love with their own image, expect these unemployment numbers and participation rates to remain. All they know is how to sponge off their Boomer parents. Attracted to the lowest common denominator in all things, perception is their lord and master. They are clueless, arrogant takers who have done nothing for America than to fill up her landfills with their toys, computers, cell phones, have eaten plates of food from Mr Windowpane’s, and trash from their junkfood.

Except for your kids, amiright?

It’s a proven fact that survey numbers can be manipulated to give you the expected result. The government does it all the time. One thing I wonder about this survey is what constitutes “working age people”? 18-62, 18-65, 18-67 It would matter to the numbers. We have a lot of people moving to SC to retire. But are they young enough to be counted as “working age people”?