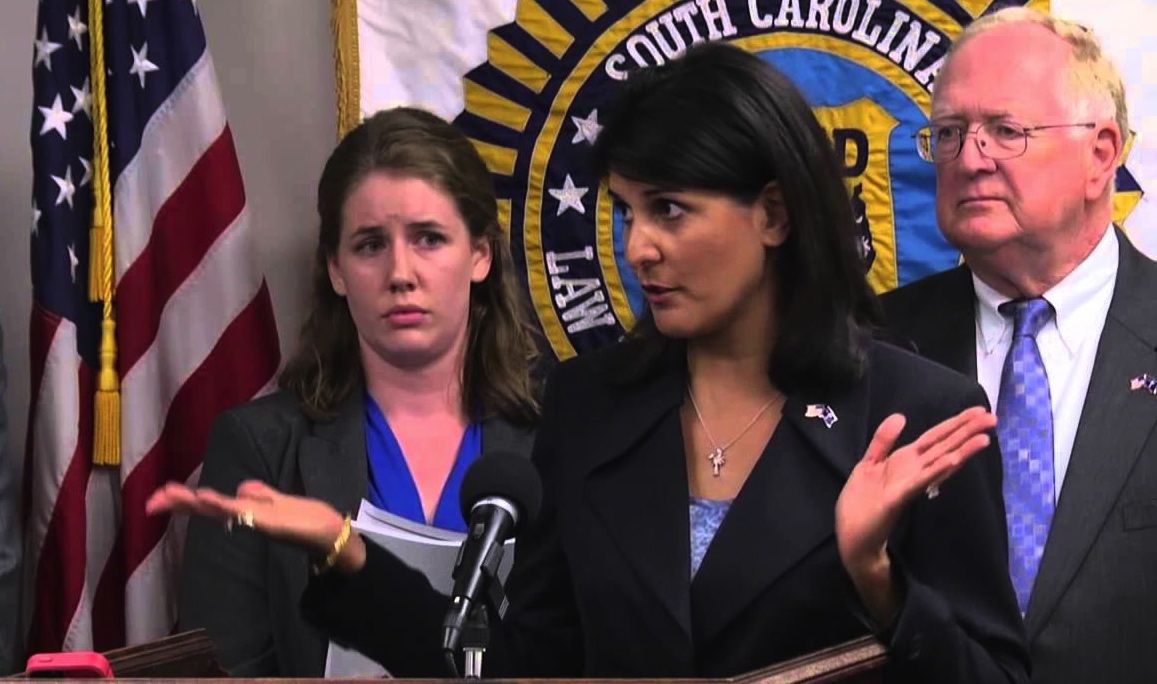 By FITSNEWS || S.C. Senator Vincent Sheheen – the Democratic nominee for governor of South Carolina – told a Charleston, S.C. radio host he did not call “Republican” incumbent Nikki Haley a whore, but rather “garbled his words” at a recent campaign event.

“You had what I might call a Freudian slip,” radio host Bryan Crabtree observed in welcoming Sheheen to his show on WQSC-AM radio on Monday morning.

“People are saying you called the governor a whore … was that what you intended when you were speaking?” Crabtree asked Sheheen.

“Listen, sometimes when you’re speaking five to ten times a day, your words get a little bit garbled,” Sheheen answered. “Uh. When they get garbled, and it does happen to me – I go back and say exactly what I meant, and you heard in that clip that I meant ‘her’ – h.e.r.”

“You did correct yourself pretty quickly,” Crabtree observed.

“Yeah. And you know, listen. My mom’s around, I can promise you I don’t use that word, the word that you people are claiming that I used,” Sheheen added. “I don’t use it in private, I don’t use it in public — but if anybody heard wrong, and certainly my words were garbled, then you know I apologize. Because I don’t want to send that message to anybody.”

(Listen to the exchange HERE).

So it’s “you people” and “garbled words” and bad hearing on the part of his listeners?

Sheheen’s slip (and the extended laughter from the candidate that followed it) went totally unreported by the state’s mainstream media.  It was picked up by a handful of national outlets, though, ostensibly due to the enterprising work of one political operative.

“The press’s willingness to ignore Sheheen’s slur is inexcusable — and all too typical,” the website Newsbusters noted.

Of all people we’re not disputing the accuracy of Sheheen’s comment … just its efficacy.  Of course he hasn’t made a right move this entire campaign.