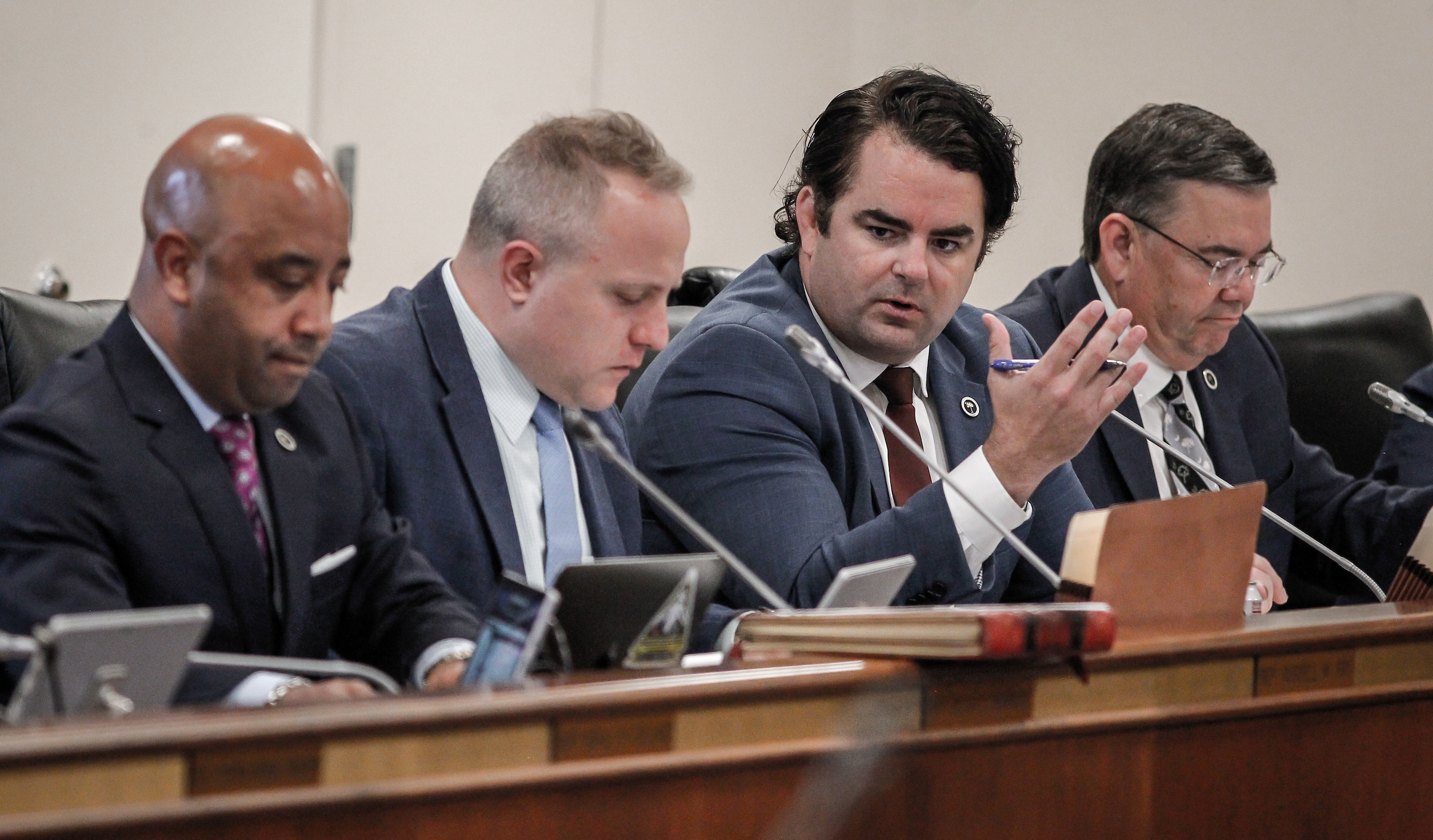 Next week, this news outlet is welcoming a very special guest to our studios for what I anticipate will be a very blunt – yet thoughtful – conversation on judicial reform in South Carolina. I know I’m excited to have someone sitting across from me who can articulate a counterpoint (or at least a different perspective) than the one I have been repeating ad nauseam for years.

In case you missed it, this issue bubbled back up to the forefront of the Palmetto State discourse last week when I penned a blistering column holding S.C. circuit court judge Bentley Price accountable for the excessive and unconscionable leniency he showed toward a serial abuser of women in the South Carolina Lowcountry.

And here is the video segment we filmed alongside our report …

Also, at the time he was arrested on his latest round of charges, Combs was already on probation for two counts of domestic violence in North Carolina and was on probation in the Palmetto State related to several other recent charges involving violent acts against women

As I noted in last week’s column, my news outlet has been leading the fight against the worsening epidemic of judicial leniency in South Carolina … calling out judges across the state for their perpetual accommodation of violent criminals via the weak bonds they dole out, the anemic sentences they administer or their utter failure to move cases.

More importantly, I have called out the powerful, well-connected lawyer-legislators who perpetuate this chronically failed system. You know, the people actually responsible.

South Carolina is one of only two states in the nation in which the legislature elects judges. Actually, it’s worse than that: A legislatively controlled panel screens judicial candidates and decides which ones are allowed to stand for reelection – essentially rigging the game before it even begins.

No wonder the judicial branch of government in the Palmetto State is basically nothing more than a legislative annex … bending to the will of the powerful lawmakers who control it.

Sadly, state lawmakers refuse to listen to calls for reform. And the fatal consequences of their failure keep adding up …

Not only are these lawmakers refusing to listen, though, several of them started piping up on social media in the aftermath of my latest column – questioning my reporting and defending Price and the failed system to which he belongs.

Lawyer-legislators Leon Stavrinakis and Micah Caskey led the way, with Stavrinakis posting a tweet slamming “bloggers (for) blindly regurgitating the biased talking points they are handed (and) shifting blame onto judges and the legislature.”

When I challenged Stavrinakis (above) for deflecting from the facts of the case, he replied that my theory on excessive judicial lenience was “total bullshit.”

Those are bold words, people …

Luckily, my news outlet employs a crack research team which specializes in drilling down into the heart of these matters. And when it comes to self-serving politicians who try to flip the script like Stavrinakis did, our motto is “drill, baby … drill.”

Among the items we uncovered in our (ongoing) deep dive? Records from the S.C. ninth circuit judicial circuit which show Stavrinakis winning multiple bond revocation hearings in front of judge Price – including cases in which violent criminals were clearly in violation of the terms of their previous bonds.

“The state is zero for six on bond revocation motions against Stavrinakis in front of judge Price,” a prosecutor tracking these cases confirmed, adding that when Price has modified bonds for Stavrinakis’ clients – he has actually reduced their bond amount.

That’s right … prosecutors have gone to Price asking him to revoke bond for violent criminals represented by Stavrinakis and the judge has instead he actually reduced their bond amounts.

Among these violent offenders? Tyrell Crenshaw, who is currently charged with domestic violence of a high and aggravated nature – the most serious domestic violence charge South Carolina has on its books. Price denied a request from the state to revoke Crenshaw’s bond on this charge last spring – even though he had a prior assault and battery conviction on his record.

Must be a thing with this judge, huh?

Wait, no … that’s actually a statewide problem (see here and here). In fact, for more on this problem check out the documentary we produced earlier this year on Orangeburg, S.C. “fortunate son” Bowen Turner.

Of interest? Stavrinakis did not fare nearly as well in similar recent bond revocation hearings held in front of other judges – including S.C. circuit court judge Jennifer McCoy.

“(Now) you see why he is so upset with what you wrote,” the prosecutor said, referring to Stavrinakis.

“The moral of this story?” the prosecutor continued. “If you get rearrested in ninth circuit and a bond revocation motion is filed against you, you’re a fool if you don’t hire Leon.”

That’s exactly right: Stavrinakis is clearly gaining a competitive advantage over other attorneys in the Lowcountry area given his cozy connection with Price – which strikes me as the definition of a corrupt relationship.

Fortunately, lawmakers like Stavrinakis and Caskey are not the final arbiters in the fight to fix this perverse, self-perpetuating system of “justice.” Ultimately, that call come will down to legislative leaders like speaker of the House Murrell Smith, Senate president Thomas Alexander and their key committee leaders – including House judiciary chairman Chris Murphy and Senate judiciary chairman Luke Rankin.

So I would ask these leaders: Where do you stand?

(Well, aside from Murphy … we know where he stands, obviously).

Speaker Smith, et. al., do you support self-serving lawmakers like Stavrinakis who are gaming the system? Or do you stand with the people this system and its self-serving sycophants are re-victimizing?