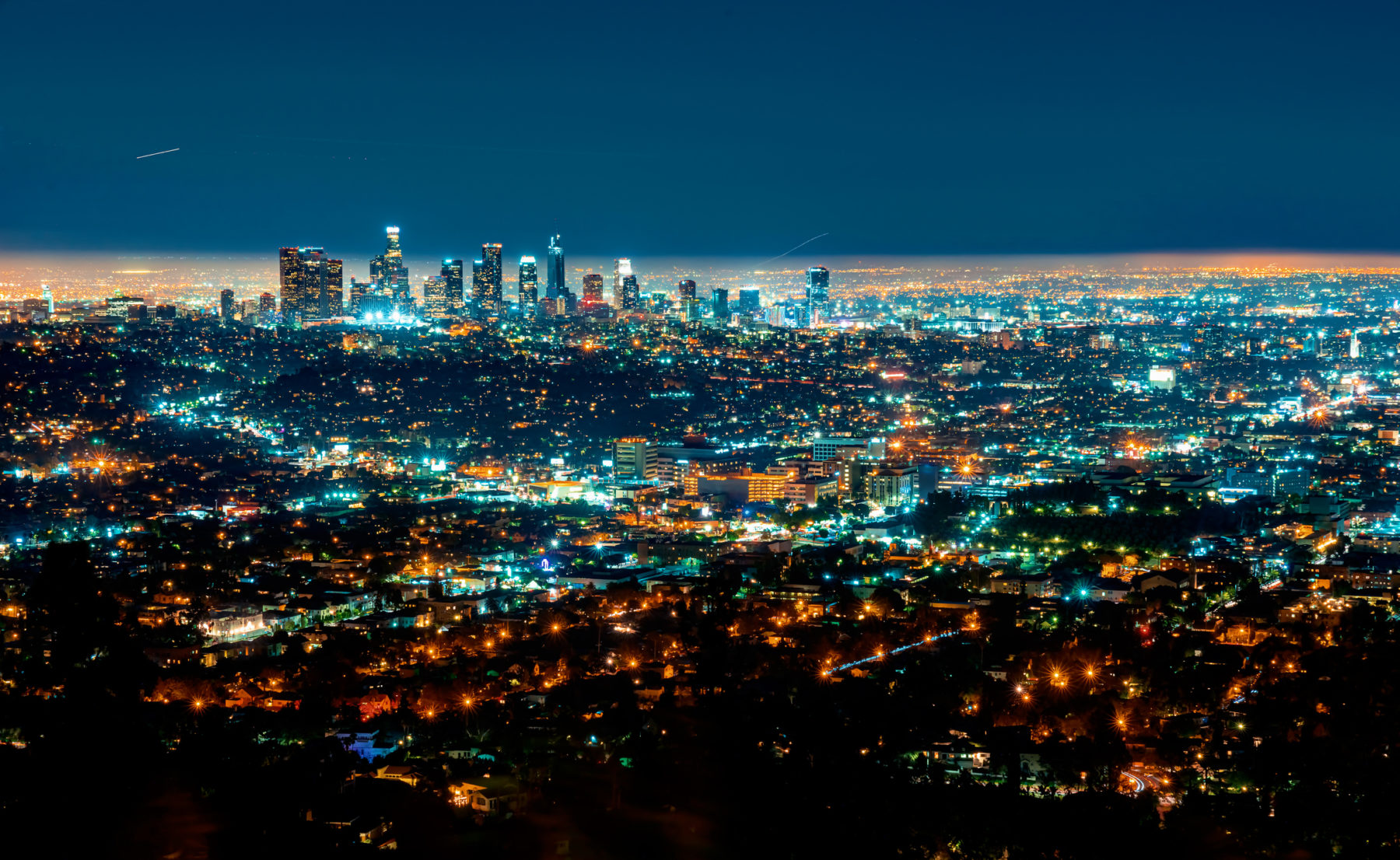 This news outlet has extensively chronicled (and criticized) the extent to which excessive judicial leniency in South Carolina has had fatal consequences for citizens of the Palmetto State … while contributing mightily to the rise of violent crime across the board.

This issue has come to the fore in recent weeks, with law enforcement leaders taking state lawmakers to task for their habitual failure to appoint judges willing to hold violent criminals accountable.

The whole system is a disaster … and in desperate need of reform.

Beyond the leniency issue, there is the ongoing failure of these judges to expeditiously move cases through their dockets in a manner serving the interests of justice, victims and public safety.

Real justice? It has almost completely vanished … replaced by an inherently discriminatory bastardization of the term known as “social justice.”

Do I understand the originating anger of the social justice mob? Absolutely. Decades of demonstrable injustice is a justifiable source for the roots of this rage. But contrary to the teachings of critical race theory, two wrongs do not make a right. If we are to coexist in a truly enlightened, post-racial society then we must make fair decisions based on facts as we try to move forward together.

And the facts in South Carolina are, quite frankly, staring all of us in the face …

South Carolina has seen a 40 percent reduction in its prison population over the past decade-and-a-half, a big chunk of which is almost certainly attributable to successful efforts by S.C. Department of Corrections (SCDC) director Bryan Stirling and his team to reduce recidivism (a.k.a. the propensity of criminals to reoffend).

We should celebrate such success stories, too … as they represent fundamental transformations which not only benefit the individuals who are rehabilitated, but their families and communities as well.

But there is a sinister side to this equation, too … one routinely ignored or downplayed by “woke” justice advocates and their allies in the left-leaning media (as well as judges on South Carolina’s increasingly ineffectual, left-of-center judiciary).

I am referring to the unavoidable fact that at least some percentage of the massive reduction in prison population is attributable to the abject, ongoing failure of our justice system to lock up murderers, rapists and other violent offenders.

Literally setting free people who deserve to be behind bars …

Make no mistake, though: This failure is not ignored by me.

South Carolina’s habitual judicial leniency problem (articulated in the video clip above) struck again earlier this month when 31-year-old Shawn Laval Smith – who was released from a Palmetto prison in November 2019 on a $50,000 surety bond secured (in part) by “Bad Boyz Bail Bonds” – allegedly murdered Brianna Kupfer in Los Angeles, California on January 13, 2022.

Kupfer, a UCLA graduate student, was fatally stabbed in a furniture store near West Hollywood.

The 24-year-old single white female was working in the store alone at the time of her murder. In fact, she texted a friend just moments prior to the fatal stabbing – telling them an unidentified person in the store (presumed to be Smith) was “giving her a bad vibe.”

Moments after he allegedly stabbed Kupfer to death, Smith was spotted on surveillance video casually purchasing a vaping device from a nearby 7Eleven convenience store.

As of this writing, there is no apparent motive for this horrific crime … which left Kupfer’s family and friends searching for the sort of answers they are unlikely to find. Ever.

“Brianna (below), who was born, educated and was building her career here in Los Angeles, was a rising star in this community whose ascent was unnecessarily cut short by the actions of a heartless criminal,” a statement from her family noted. “In many ways she embodied everything that is great about Los Angeles, and the entire city should grieve over this senseless act.”

Smith was arrested in Pasadena on January 19 (six days after the stabbing) when a passing motorist recognized him from a wanted flyer and surveillance video released by Los Angeles police. He has since been charged with murder and the use of a deadly weapon in committing a violent crime in connection with Kupfer’s death.

Like far too many criminals set free by South Carolina judges, Smith had a lengthy rap sheet – including an outstanding charge that should have resulted in his extradition to the Palmetto State after he allegedly assaulted a police officer in California last January.

Again, though, based on the alarming frequency with which violent criminals are put back on the streets in South Carolina, it’s not entirely clear whether Smith’s extradition would have done much good.

Nonetheless, Smith should have been extradited to the Palmetto State following an incident that took place after he was detained in Daly City, California on January 20, 2021 for allegedly vandalizing a car.

“I tried to speak to him, but he was just yelling over my words and not listening,” the arresting officer wrote after taking Smith into custody. “Then he started yelling ‘I’ll kill you! I’ll kill you!'”

As he was being placed into a police cruiser, Smith allegedly bit the arresting officer.

“He moved his head quickly and bit my right index finger latching on with full force,” the officer noted in his report.

Smith (above) was charged with three felonies in connection with this incident – assaulting a police officer, resisting arrest and vandalism. Police also found a flare gun and a knife on his person at the time of his arrest.

Why was Smith not extradited back to South Carolina following this incident? Good question …

In leaving the state, Smith willfully ignored a condition of his 2019 bond – which was granted by S.C. magistrate John C. Kenney of Charleston. Again, based on the conditions of most surety bonds, the most Smith would have likely had to raise on the $50,000 bond imposed by Kenney was ten percent – or $5,000.

In many cases, the ten percent threshold is the basis point of “creative” financing arrangements.

“There is a race to the bottom with many bail bondsmen,” one source familiar with the process told me. “They charge peanuts and put (defendants) on a plan.”

Kenney granted Smith bond after he was arrested for allegedly firing a flare gun into a moving car during a road rage incident in November 2019. According to police reports, a toddler was in the vehicle at the time Smith fired the flare gun into the car.

Prior to this incident, Smith had multiple arrests on his record in North and South Carolina – including charges for assaulting police officers and using deadly weapons with “intent to kill.” Still, Kenney let him out of jail less than ten days after he was charged with firing a weapon into a moving vehicle.


California’s system failed, too. In addition to a total lack of communication with authorities in South Carolina, the Golden State showed excessive leniency in adjudicating his case on the “Left Coast.” Despite being hit with three felony charges last January, Smith served just 133 days in jail.

In December 2021 – just five weeks before Kupfer’s murder – an Eagle Rock, California woman told police that Smith started following her during a morning jog, coming within one foot of her at one point and compelling her to flee into a nearby store.

“This man was trying to hurt me,” Susana Pardo told KABC TV-7 (ABC – Los Angeles). “I can tell you by the look on his face, his eyes, it looked like he wanted to kill me.”

“We didn’t know what the guy was capable of,” the store owner told the station. “From afar, he looked like a menacing man.”

Smith shouldn’t have been within a foot of Pardo. Or Kupfer. He should have been more than 2,500 miles away in a South Carolina jail. Unfortunately, South Carolina judges continue to fail spectacularly in discharging their most important duty (often with capable “assists” from local prosecutors).

I keep saying “enough is enough.” Yet the system keeps failing. And the fatal consequences keep accumulating.

Seriously … how many more bodies will it take before someone stands up and does something?

And lest we err in apportioning all of the blame for this ongoing travesty on the “woke” judges setting these violent criminals free, let’s not forget the “Republican-controlled” legislature in South Carolina – which is singularly responsible for appointing all of them to their posts.