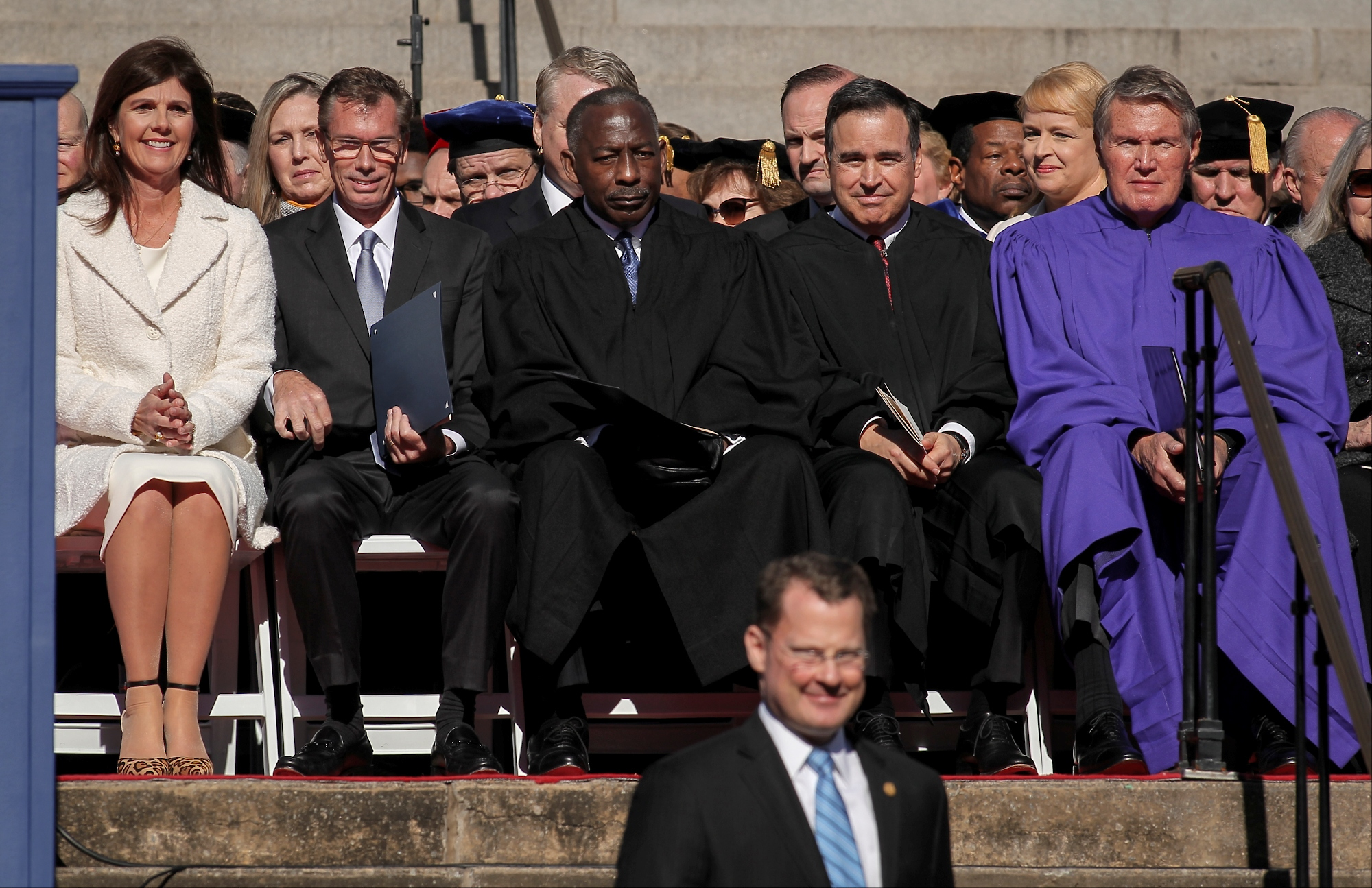 There is an interesting story in The (Charleston, S.C.) Post and Courier this morning highlighting how there is really only one branch of government in the state of South Carolina.

Is this surprising to regular readers of this news outlet? No … not at all.

I have written on numerous occasions over the years about South Carolina’s broken state government – urging lawmakers to replace the Palmetto State’s antiquated 1895 Constitution with a government structure that is responsive to the realities of a postbellum society.

The problem with the 1895 Constitution? Where to start …

Drafted in the aftermath of Reconstruction by “Pitchfork” Ben Tillman and his fellow Democrats, the document was written with the expressed intention of neutering the executive branch in the event the governor’s office was ever occupied by a black Republican. Over the intervening thirteen decades, these racist roots have perpetuated splintered executive accountability – which has enabled our state’s legislative “leaders” (i.e. the people with the real power) to evade responsibility for failing to advance the Palmetto State economically, academically or with regard to quality of life.

A lot of people don’t know this, but South Carolina governors control over only a small sliver of their own branch of government. The vast majority of executive authority in the Palmetto State is vested in a maze of legislatively appointed boards and commissions which administer executive functions totally independent of the governor’s office. Often, these agencies duplicate efforts … and routinely they perform tasks that ought to be left to the private sector.

Hell, it wasn’t until the last election cycle that governors were even allowed to pick their own running mates …

As for the state’s judicial branch of government, it is a wholly owned subsidiary of the legislative branch. A panel of legislative leaders selects which candidates get to campaign for judgeships, and lawmakers vote on who fills the seats.

South Carolina is one of only two states in the nation to allow lawmakers to select judges, incidentally … a process which is rife with corruption and insider dealing.

Last September, when alleged judicial corruption tied to the ‘Murdaugh Murders’ true crime saga reached its zenith, I penned a column calling on the state to ditch this system and start publicly electing judges.

Needless to say, every lawyer-legislator and connected insider benefiting from the current system recoiled in collective butt hurt at that plan.

This week, though, we see why such reform is so “sorely” needed …

According to reporters Avery Wilks and Glenn Smith, S.C. supreme court chief justice Donald Beatty – a former Democratic lawmaker tapped to the bench by so-called “conservative” Republicans – backtracked on his plan to modestly rein in the rampant abuse of “legislative privilege” within the judicial system.

For those of you unfamiliar with this process, it allows influential legislators to avoid having to appear in state court … well, pretty much ever. Meaning if you hire one of these lawyer-legislators to represent you, chances are whatever you are accused of … you are going to get off.

Beatty barely moved the needle on these privileges, preserving the ability of lawyer-legislators to dodge court hearings for the first seven months of each year (even though they are only in session three days of the week for the first five months of the year).

Such a show of force, huh?

Amazingly, within twenty-four hours of issuing such a limp-wristed public edict, Beatty privately rescinded his order.


While it is unclear what prompted Beatty to back down from his anemic attempt to impose this minuscule modicum of accountability over lawyer-legislators, I have no doubt it involved one or more legislative leaders reminding him which branch of government is in charge in South Carolina.

And that is a serious problem …

South Carolina desperately needs an independent judiciary. Unfortunately, its citizens will never have one unless they insist on it.

“That process begins with citizens reaching out to their representatives and senators now and telling them they expect these elected officials to sponsor and vote for a judicial reform bill in 2022 that puts the power back in the hands of the people once and for all,” I wrote last September. “No half-measures. No procedural gimmicks. No bait-and-switch. And no more excuses.”

In fact, I recommended that they give these weasels a deadline.

“Tell them to put a judicial reform bill that provides for popular election of judges on the governor’s before January 31, 2022 … or start looking for a new job,” I noted.

The clock is ticking people … and as Beatty’s backtrack on legislative privilege makes clear, the problem is only getting worse.

Joe McCulloch: The Shyster Is Back!