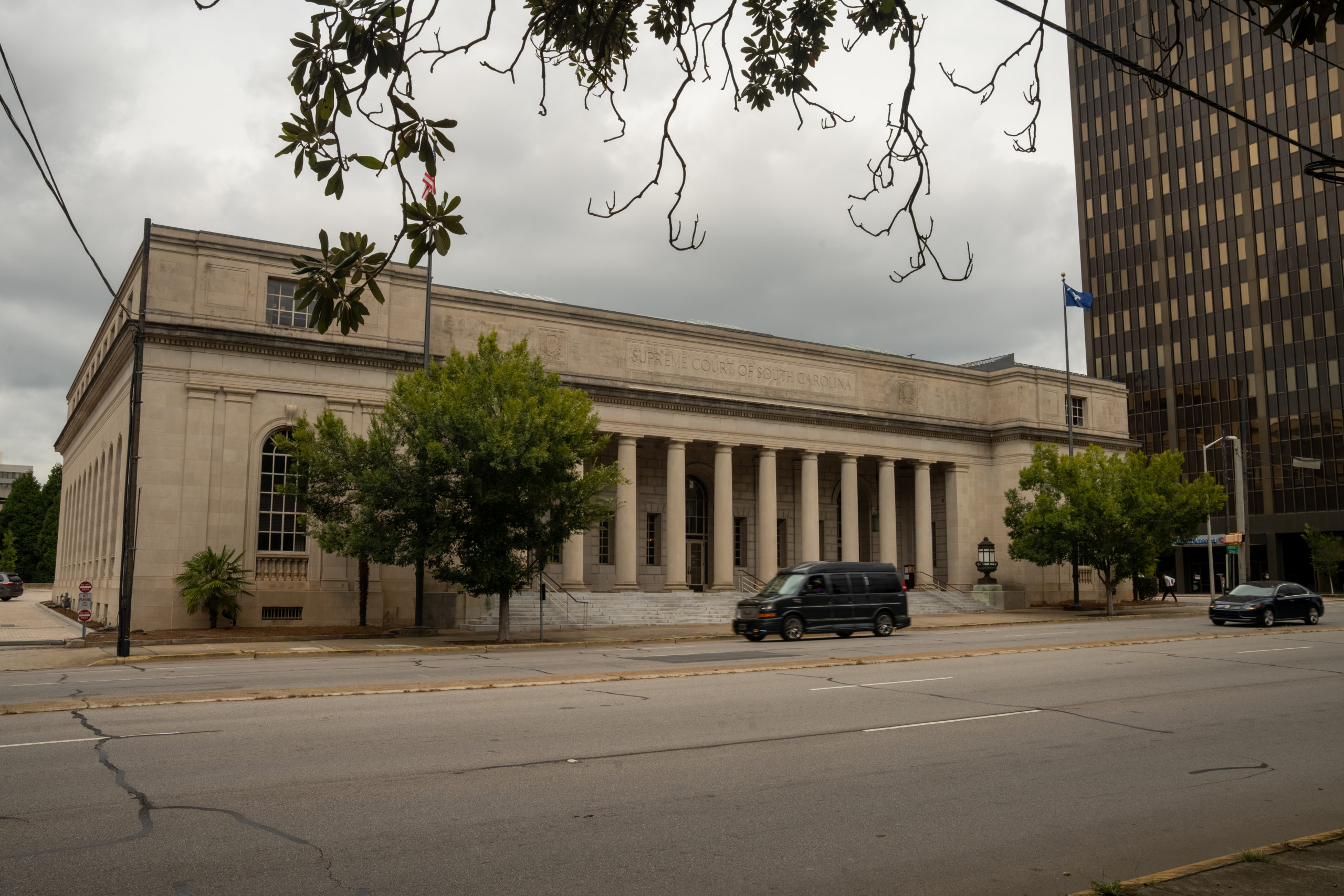 Nine days after this news outlet first reported on a major nepotism scandal within the South Carolina General Assembly, the legislative spouse at the center of the storm is extricating herself from the situation.

According to reporter John Monk of The (Columbia, S.C.) State newspaper, S.C. circuit court judge Maite Murphy has withdrawn her name from consideration as the next associate justice of the S.C. supreme court.

Murphy (whose name is apparently pronounced “my-tay”) was one of five candidates vying to replace justice Kaye Gorenflo Hearn – who is stepping down due to age on December 31, 2022.

Four candidates remain in the hunt for the seat, including a trio of S.C. court of appeals judges: Gary Hill, Aphrodite Konduros, and Stephanie P. McDonald. A fourth candidate – S.C. administrative law judge Ralph K. Anderson III – is also still in the race.

Maite Murphy got her post on the circuit court thanks to her husband’s influence within the legislature. Chris Murphy also pushed his colleagues to install his brother, Michael H. Murphy III, as a magistrate judge – and recently pushed through a promotion for Michael Murphy to Charleston County family court.

For those of you unhip to these status quo machinations, South Carolina is one of only two states in the nation where lawmakers screen and vote on judges – a notoriously corrupt process which has rendered the judicial branch effectively impotent.

First, a legislatively controlled panel picks which judicial candidates are “qualified” and then submits these names to the legislature for a vote. Then, lawmakers horse trade to ensure their preferred judges win the legislative elections.

Thanks to this shady system, the judiciary in South Carolina has become little more than an annex of the legislature … or more precisely, of the powerful lawyer-legislators who install their cronies as judges (and then reap the benefits of that influence).

As I noted earlier this summer, the consequences associated with this ongoing “hostage situation” have become increasingly bloody – with the legislatively controlled judiciary setting weak bonds, imposing weak sentences and generally failing to move cases.

Not only are “Republican” lawmakers doing nothing to support long-overdue judicial reform, they are actually exacerbating the problem with their ‘woke justice’ bills.

And please … don’t think for one second lawmakers’ belated recognition of the egregiousness of the Murphy fiasco is somehow a positive sign for the future. This is nothing but self-preservation, people.

New S.C. speaker of the House Murrell Smith is popping a pill for a headache … he is not cutting the cancer out of the legislative body.


“The Murphy scandal is merely a symptom of the disease,” I noted last week. “Were the speaker to remove him from his chairmanship – or force his wife to abandon her supreme court candidacy – it would quell the outrage and calm the waters. But only for a while.”

How to truly fix the problem? Well, I will say again what I have been saying for the past decade-and-a-half: It is time – past time – for state lawmakers to enact a prohibition against nepotism as part of a comprehensive ethics reform package.

I have been screaming that for years, though.

They’ll never do it.

Bigger picture? Lawmakers need to get out of the judicial election business. Now. And forever. Whether South Carolina moves to public elections for judges – or some hybrid model tied to executive appointment – the legislative branch must surrender any involvement in this process moving forward.

Legislators simply cannot be trusted to discharge this responsibility any longer …