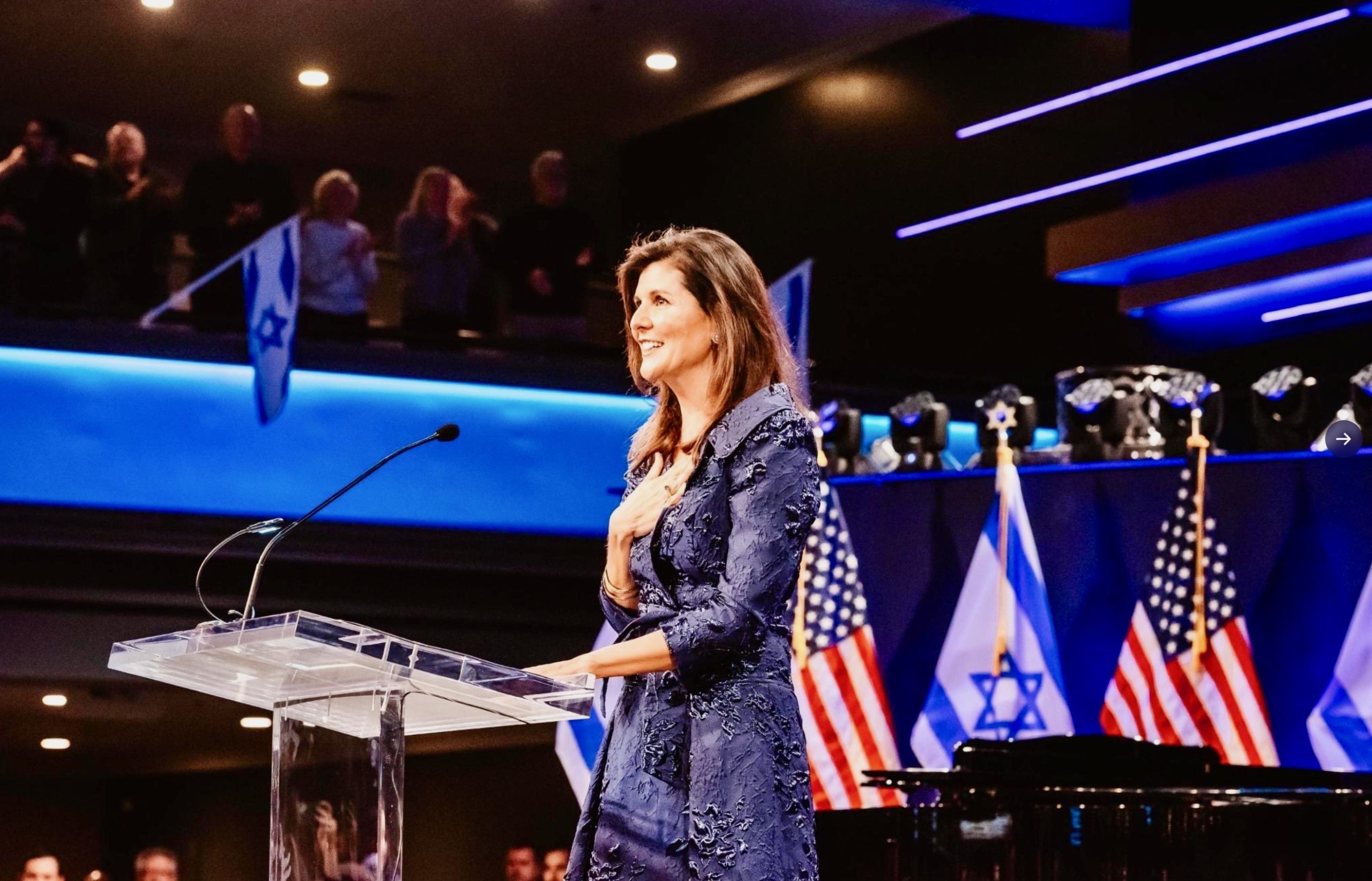 The national speculation surrounding former South Carolina governor Nikki Haley is back … although once again the views of the chattering class in Washington, D.C. differ dramatically from those held by the Republican electorate when it comes to this 50-year-old weather vane.

Anyway, the latest institutional fluffing of Haley out of our nation’s capital comes courtesy of Douglas MacKinnon, a longtime stooge of the perpetual war party. Neoconservative warmongers like MacKinnon have been promoting Haley for the presidency ever since she was tapped by Trump in 2017 as his ambassador to the United Nations.

According to a column published by MacKinnon in The Hill, a popular Beltway media outlet, Haley would be the “logical choice” to become former U.S. president Donald Trump’s running mate in the event he seeks another term in 2024.

“Haley has elevated herself into the discussion of potential Republican presidential candidates for 2024,” MacKinnon wrote. “(She) has been traveling the nation, acquiring valuable chits from politicians. If she should run for president, a number of them could be in her debt. That said, she is also on record as saying that if Trump runs in 2024, she will not oppose him. That scenario could put her in play for the vice presidency.”

The gist of MacKinnon’s vice presidential pitch? That Haley has girl parts … and having someone on the ticket with girl parts will help the GOP in the coming election.

“Any political adviser worth his or her salt — or any presidential candidate, for that matter — would argue for the necessity of having a woman on the 2024 Republican ticket,” he wrote.

I don’t necessarily disagree with that assessment … although I have previously opined how Haley’s status as a female minority is only part of her potential electoral appeal to a candidate like Trump.

“Trump could actually be courting Haley as a potential 2024 running mate in the hopes of winning over neoconservatives and other establishment ‘Republicans’ who were skeptical of his first administration,” I noted back in January.

At this point in his column, MacKinnon started pouring it on a bit thick …

“Haley has a remarkable life story that could resonate with millions of working-class Americans,” he wrote. “The daughter of immigrants from India, she grew up in a small town in South Carolina and dealt with segregation, bigotry, and a physical assault by a neighbor. She learned how to do without, but never once gave up on achieving her American Dream.”


The problem? It’s unclear how much of Haley’s “remarkable life story” actually falls under the non-fiction genre … because those of us who followed her meteoric rise in Palmetto politics are well aware she has an on-again, off-again (mostly off-again) relationship with the truth.

In fact, Trump himself has criticized her duplicity as her Machiavellian machinations manifested on the national stage …

But it is not Trump calling out Haley that has limited her ceiling with GOP voters, it was Haley calling out Trump. In the aftermath of the bloody rioting at the U.S. capitol on January 6, 2021, Haley and other GOP politicians blasted the former president for his alleged role in inciting the violence. But no one in the GOP went as far in rebuking Trump – and writing him off politically – as Haley did.

Haley contorted her way back from those comments … but the conservative base has never forgiven her for them. Which is probably why she is polling in the low single digits in the vast majority of 2024 presidential polls (including those which do not feature Trump as a candidate).

Haley’s identitypolitik, financial backing and neocon support (as evidenced by MacKinnon’s column) will certainly help keep her in the game … but there is a deeper, more fundamental rift between her and Trump at play here which is likely to keep them from ever uniting on a ticket.

Longtime readers of this news outlet will recall Haley only got her appointment to the UN in 2017 because it paved the way for one of Trump’s few establishment backers in South Carolina – Henry McMaster – to ascend to the governor’s office. Haley was a staunch #NeverTrumper during the 2016 presidential campaign, telling CNN he was “everything a governor doesn’t want in a president.”

Meanwhile, Trump is also looking to take out incumbent seventh district congressman Tom Rice – one of ten GOP lawmakers who voted to impeach him last January. Haley has not endorsed in that race (not yet, anyway), but she was one of Rice’s most influential early supporters.

To be clear: I am not saying Trump and Haley won’t run together. Pragmatism is a powerful motivator – and were he to seek (and win) the 2024 GOP nomination, he’d be a fool not to put her on his short list.

But when it comes to these two GOP leaders, there’s an old expression about the volume of water passing under a bridge which comes to mind …