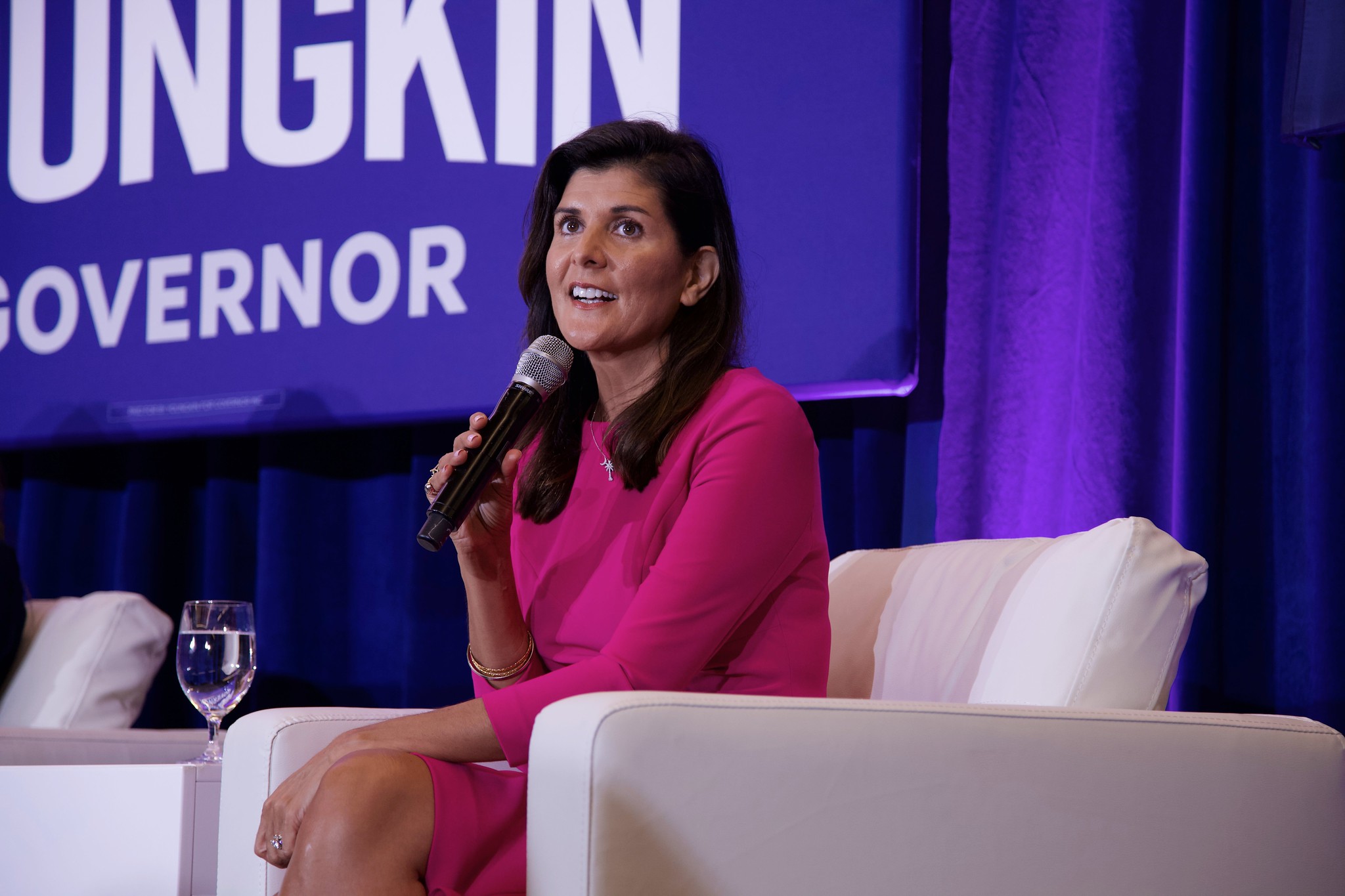 As I’ve noted in previous columns, it has been an absolutely terrible year for former United Nations ambassador Nikki Haley  – who once laid claim to the mantle of top tier “Republican” presidential contender.

Sure, there were chinks in Haley’s armor (as pointed out by moderates and conservatives alike), but 2021 has seen the erstwhile rising star utterly exposed as a vapid, opportunistic chameleon – a proverbial weather vane of unmoored, undisciplined vacillation and craven calculation.

Haley has also been exposed as something else … “not ready for prime time.”

Most politicians – especially those with Haley’s identitypolitik and financial backing – can manage their Machiavellian misadventures with a modicum of adverse consequences (“walking through the raindrops,” as it were). After all, they are politicians. Getting away with dishonest double dealing is their stock-in-trade.

But Haley appears to be the exception to this rule. Not only has her ham-fisted handling of relations with Donald Trump turned her into a cautionary tale when it comes to crossing the former president – but her continuing contortion in the hopes of rehabilitating herself with his followers has become almost awkward to watch. It has also made Haley the GOP’s poster child for flip-floppery and shameless political pandering in the post-Trump era.

“I think he’s lost any sort of political viability he was going to have,” Haley said at the time, seeking to establish herself as the new standard-bearer of the party. “I don’t think he’s going to be in the picture. I don’t think he can. He’s fallen so far.”

In a nutshell: Haley bet on Republican voters abandoning Trump – but instead they abandoned her.

Certainly a political miscalculation can be explained away, though … right? After all, misreading the mood of the Republican electorate is not the same thing as reorienting oneself on a key ideological belief or reversing a policy plank, is it? The former involves tactical ineptitude, but the latter goes to something deeper – the absence of core conviction.

So … what are Haley’s core convictions?

Therein lies the problem … aside from naked political ambition, there don’t seem to be any.

Haley has obviously hitched her wagon to the neoconservative doctrine of costly warmongering, but even there she has yet to offer much beyond platitudinal bromides.

It will surprise no one, then, that the former ambassador – who fancies herself as a foreign policy expert – has been exceedingly vocal in the aftermath of recent developments in Afghanistan (see here and here for perspectives).

With the Taliban retaking control of the country, Haley has been tweeting ferociously – slamming the administration of Joe Biden for its mishandling of the U.S. troop withdrawal from Kabul.

One of Haley’s missives specifically rebuked the notion of American officials negotiating with Taliban leaders.

Dealing with the devil, eh?

Certainly, I won’t dispute Haley’s dim view of this fundamentalist Islamic theocracy – which degrades women, denounces freedoms and (most dangerously) accommodates and enables the exportation of all sorts of terrorist activity.

I would, however, point out that three years ago Haley was actually championing negotiations with the Taliban as an effective strategy for safeguarding American interests in Afghanistan.

“The U.S. policy in Afghanistan is working,” Hayley told reporters at the time, according to Reuters. “We’re closer to talks with the Taliban and the peace process than we’ve seen before.”

Haley backers categorically rejected any insinuation of hypocrisy or inconsistency in her position. In fact, one prominent Palmetto State backer – who was a major donor to both of Haley’s gubernatorial campaigns in South Carolina – told me her opponents were “reaching.”

“She was right then and she is right now,” the donor told me, accusing Haley’s critics of “revisionist history.”

Either way, the chronic hypocrisy and aversion to the truth Haley has displayed over the years is nothing new to South Carolinians … which is one of many reasons why the former governor would likely struggle to win over “First in the South” presidential primary voters in 2024.

Especially if Trump is a candidate …

While Haley has been praising the former president of late, she has never been one of his loyal followers – even during her tenure within his administration. In fact, she only got her appointment to the UN in 2017 because it paved the way for one of Trump’s few establishment backers in South Carolina to ascend to the governor’s office.

Banner via: Youngkin for Governor