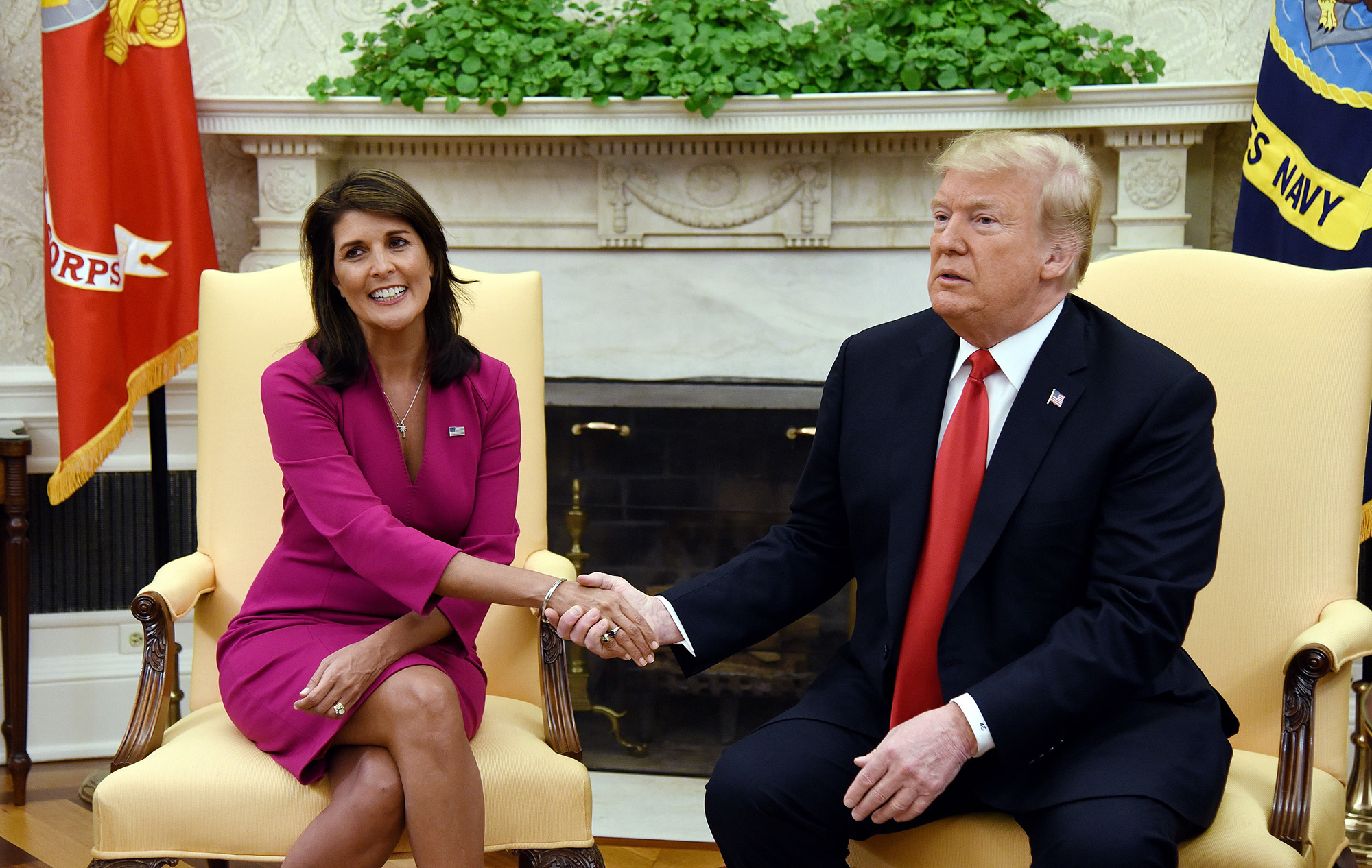 Former U.S. president Donald Trump reminded Republican primary voters this week there is no love lost between him and his former ambassador to the United Nations, Nikki Haley.

In an interview addressing the upcoming 2024 presidential campaign with Gabriel Sherman of Vanity Fair, Trump mocked Haley for her ongoing vacillation when it comes to him and the political movement he founded.

“Well, every time she criticizes me, she uncriticizes me about fifteen minutes later,” Trump told Sherman. “I guess she gets the base.”

Here, though, Sherman decided to throw Haley a bone … evidence of the extent to which the mainstream media will always do its best to keep middling politicians like her as relevant as possible.

While it is true Haley has remained tight with Trump’s elder daughter and her husband (and one other former Trump official), the fact remains she has done incalculable damage to her brand among his rank-and-file supporters. And obviously the former president is done with her.

To say those quotes have not aged well – among broad swaths of the GOP electorate, anyway – is a colossal understatement. Which underscores Haley’s colossal miscalculation.

“Haley bet on Republican voters abandoning Trump – but instead they abandoned her,” I noted in a post last month which took note of Haley’s latest hypocrisy.

Actually, many conservatives had abandoned Haley long before she turned on Trump … and for that matter so had many of her erstwhile centrist cheerleaders.

As I have often noted, the chronic hypocrisy and aversion to the truth Haley has displayed in recent years on the national stage is nothing new to South Carolinians … which is one of many reasons why the former governor would struggle to win over “First in the South” presidential primary voters in 2024.

Of course, if Trump decides to run for president in 2024 … no one is going to take the GOP nomination from him.

“It’s a metaphysical impossibility that anybody, even a senator named Jesus H. Christ, could beat Trump in a Republican primary if he runs,” former Trump strategist Michael Caputo told Sherman for the Vanity Fair story.

Which reminds me … that raises another issue for Haley.

The rift between these two politicians is hardly surprising. Haley, 49, only got her appointment to the UN in 2017 because it paved the way for one of Trump’s few establishment backers in South Carolina – Henry McMaster – to ascend to the governor’s office.

When it comes to Haley’s hypocrisy, prominent South Carolina Democrats have found themselves in rare alignment with Trump.

“For once, he ain’t lying,” McIntosh tweeted.

Despite her dramatic fall from grace within the GOP, I have declined to write Haley off as a potential presidential candidate. Given her identity-politik shtick and her access to neoconservative and Jewish cash, she is never going to be completely out of the equation. However, the aura of “inevitability” which once accompanied her ascendancy on the national stage has clearly lost its luster.

The underlying reason for her decline? As I have repeatedly stated, it boils down to the absence of any primum mobile accompanying Haley’s political machinations.

“Haley’s core problem is that she has no guiding principle outside of her own ambition,” I noted in a column earlier this year. “And while that is certainly true of any number of politicians, Haley is absolutely terrible at hiding it.”

Related Topics:Donald TrumpFeaturedNikki Haley
Up Next

Taliban Hot Takes: Nikki Haley Is Trying To Have It Both Ways Again