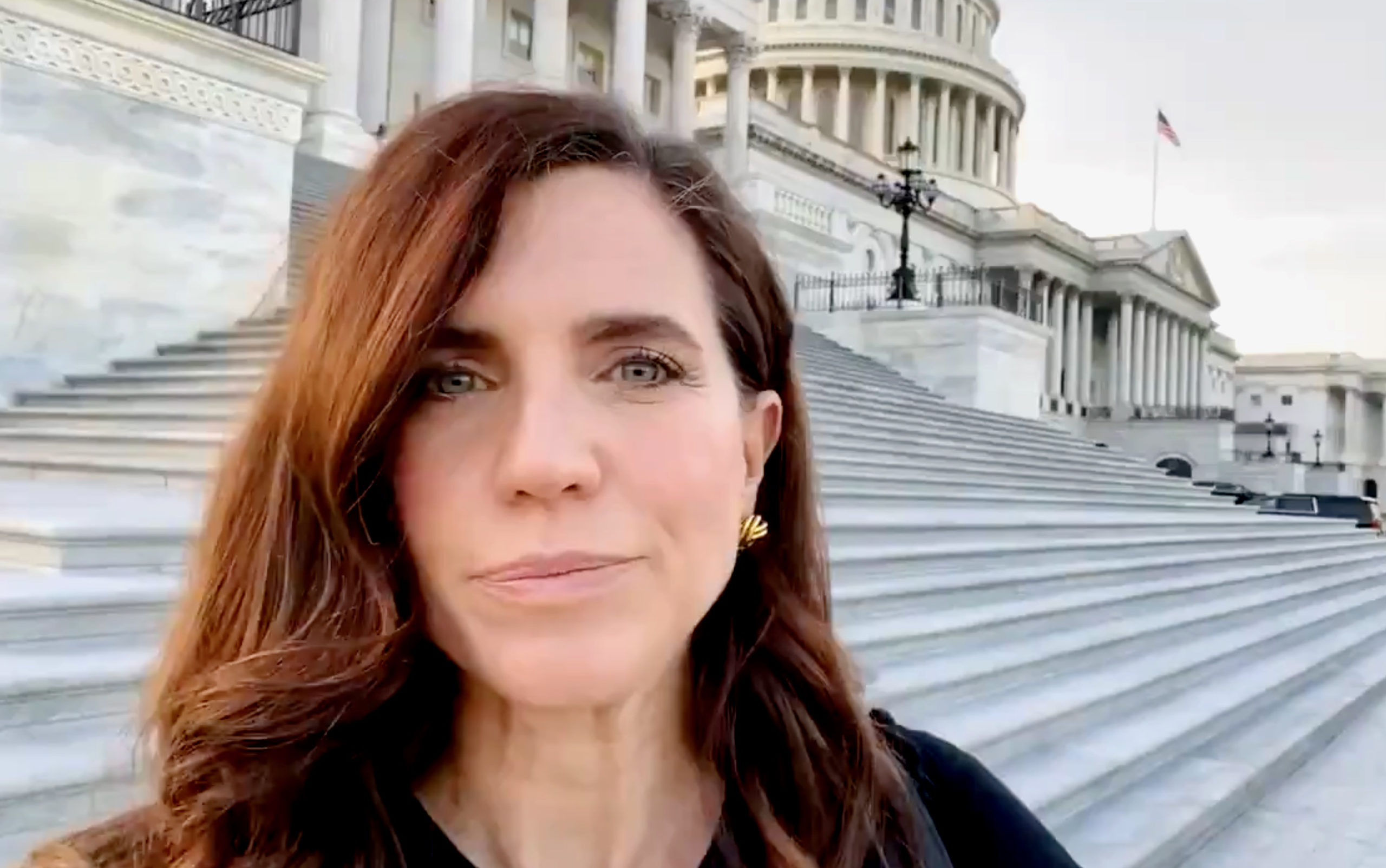 The outlet went on to suggest Trump voters could punish Mace for her ostensible disloyalty by “putting her scalp on the wall.”

Specifically, the website Big League Politics blasted Mace for her alleged support of H.R. 5 – the so-called “Equality Act” – which “prohibits discrimination based on sex, sexual orientation, and gender identity in areas including public accommodations and facilities, education, federal funding, employment, housing, credit, and the jury system.”

“I strongly support LGBTQ rights and equality,” Mace told reporter Brad Polumbo of The Washington Examiner. “No one should be discriminated against.”

“The Trump-led GOP should consider putting her scalp on the wall so-to-speak during next year’s primary elections,” Trejo noted.

Her scalp on the wall? “So-to-speak?”

At least one prominent Republican in Mace’s home state took note of the broadside – sharing Trejo’s report and calling on GOP voters in the South Carolina Lowcountry to campaign against Mace next spring.

“We elected the WRONG person,” longtime social conservative GOP activist Terrye Seckinger wrote in an email to her followers, arguing that Mace’s 2020 primary opponent – Mount Pleasant, S.C. town councilwoman Kathy Landing – should have been sent to Washington, D.C. instead.

“Kathy Landing SHOULD be in this Congressional seat!” Seckinger wrote. “MACE is a DISGRACE and this article proves it. She must be called out for this. Please share this article. We have made a TERRIBLE MISTAKE! We must enlist an opponent ASAP and get back to the campaign trail!”

Actually, Trump backers in this district have already been working hard trying to get former state representative Katie Arrington to challenge Mace next June. Arrington has enjoyed a decorated career as a cybersecurity analyst for the U.S. Department of Defense (DOD) after narrowly losing this seat to Democrat Joe Cunningham in the November 2018 election.

Will Arrington run, though? We shall see …

Mace infuriated Trump backers earlier this year when she blasted the former president for his conduct during the bloody U.S. capitol riot on January 6, 2021. However, she quickly tacked back to MAGA-land – similar to the course correction attempted by former U.N. ambassador Nikki Haley.

In addition to her vacillating politics, Mace has come under fire as it relates to her evolving personal life – criticisms which are likely to intensify in light of this latest exchange. Specifically, Mace’s political opponents have told us they intend to make her sexuality an issue in the upcoming primary election.

Frankly, that is disappointing … as is the “scalp” language used in the Big League Politics’ article. The former line of criticism is patently unfair and totally irrelevant to Mace’s performance as a member of congress. The latter – while intended in a metaphorical sense (we hope) – is needlessly incendiary.


Mace has never discussed her sexual orientation in public. However, she has made it clear she embraces a more progressive view on the subject than most GOP primary voters in the Palmetto State.

“I have friends and family that identify as LGBTQ,” Mace told Polumbo. “Understanding how they feel and how they’ve been treated is important. Having been around gay, lesbian, and transgender people has informed my opinion over my lifetime.”

Our founding editor Will Folks (a former business partner of Mace’s) has been a longtime advocate for equality on the basis of sexual orientation. However, he has also drawn lines in the sand denoting where such liberties must end (and where they, in fact, begin to impose on the freedoms of others).

Having said that, he agrees with Mace that “religious liberty, the First Amendment, gay rights, and transgender equality can all coexist.”

We just have to exercise common sense … and common decency toward each other.

More to the point, though, Mace should be able to take a view on these issues without her own sexual choices (whatever those may be) coming under attack … and without people calling for her to be “scalped.”

Those lines of attack cross the line …

UPDATE: Well this is interesting … despite the LGBTQ affirmations Mace made in her interview with Polumbo, she wound up voting against passage of H.R. 5.

South Carolina Has The 3rd Most Reckless Drivers In The U.S., Report Says