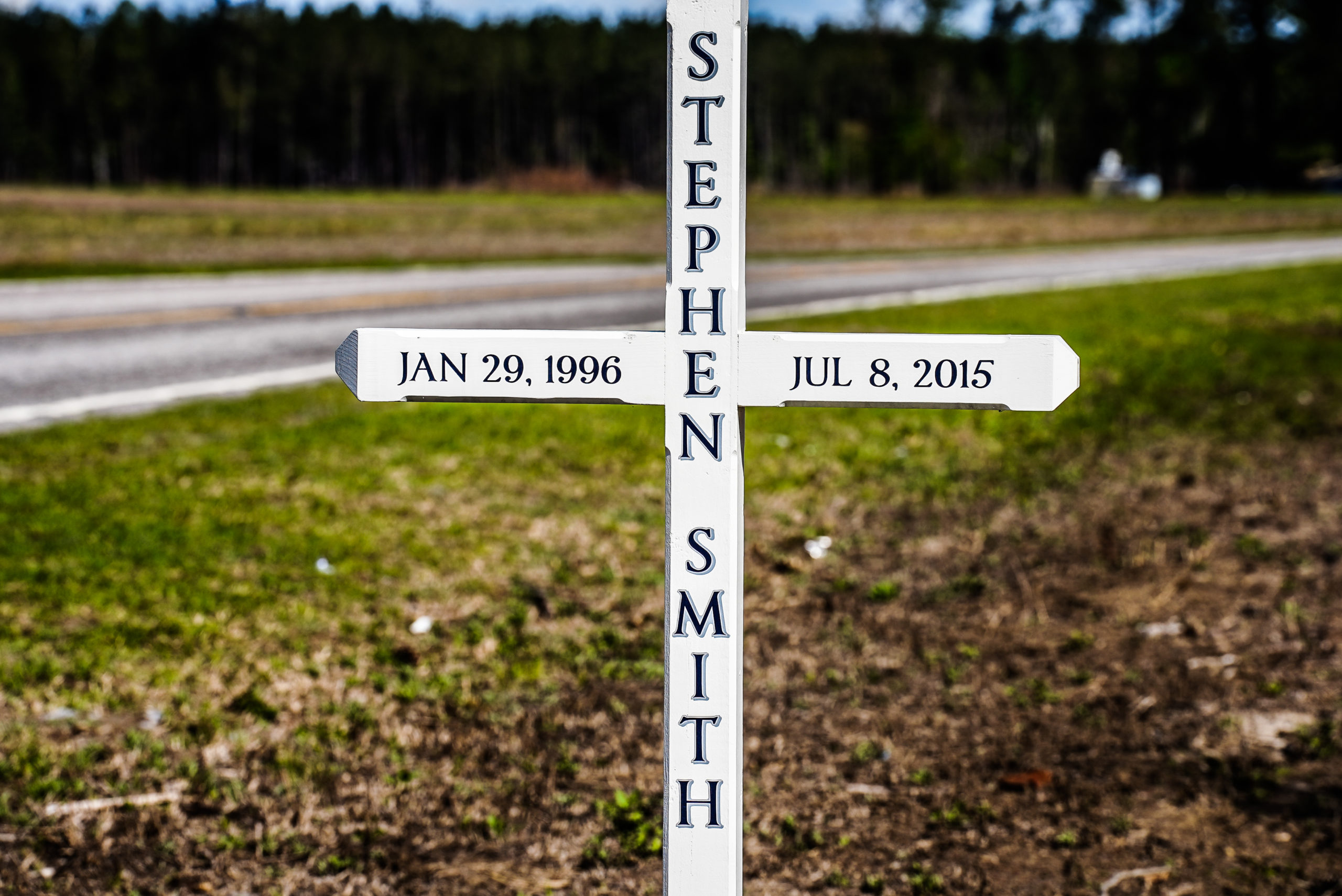 This summer will mark the seventh anniversary of the death of Stephen Smith, the Hampton County South Carolina teenager whose body was found in the middle of Sandy Run Road near Crocketville, S.C. in the early morning hours of July 8, 2015.

Later this spring will mark the first anniversary of the opening of a criminal investigation in connection with Smith’s death – and the alleged obstruction of justice that followed from it.

That investigation – and a host of other Murdaugh-related inquiries – is being led by the S.C. State Law Enforcement Division (SLED) with support from the office of S.C. attorney general Alan Wilson, who is handling all Murdaugh-related prosecutions through the statewide grand jury.

Smith, 19, was killed by a blow to the head. In addition to the loss of blood from this fatal wound – a 7.25-inch laceration located on the right side of his forehead – his head was bruised and misshapen due to the blow(s) he sustained.

Smith’s death was ruled a vehicular hit-and-run by Erin Presnell, a forensic pathologist at the Medical University of South Carolina (MUSC). Presnell reached this conclusion despite the fact Smith’s injuries were totally inconsistent with a vehicular strike.


“I saw no vehicle debris, skid marks or injuries consistent with someone being struck by a vehicle,” trooper D.B. Rowell of the S.C. Highway Patrol (SCHP) wrote in his report describing the crime scene. “We see no evidence to suggest the victim was struck by a vehicle.”

SCHP troopers and investigators weren’t the only ones who didn’t buy the “official story.” Following the autopsy, Hampton county coroner Ernie Washington told SCHP investigator Todd Proctor he “(did) not agree with the pathologist stating that the victim was struck by a motor vehicle.”

Presnell stuck to her story – although she provided investigators with nothing to support her claim other than the fact Smith’s body “was found in the road.”

In light of these lingering discrepancies, I recently called for an independent forensic review of Presnell’s autopsy findings – including a call for investigators to exhume Smith’s body from its resting place in Gooding Cemetery in Crocketville, S.C.

Sandy Smith has long maintained “powerful people” were involved in her son’s death, and one powerful family in particular was referenced repeatedly during the early stages of the initial inquiry.

The “Murdaugh” family name was mentioned more than forty times in the investigation into Smith’s death – and Alex Murdaugh’s brother and former law partner, Randy Murdaugh, has been linked to at least three potential attempts to manipulate the course of the original investigation.

In fact, the agency said at the time it was opening the Smith case “based on information gathered during the course of the double murder investigation of Paul and Maggie Murdaugh.”

According to multiple sources familiar with the status of this ongoing investigation, there are two major lines of inquiry related to the Smith case which are rapidly approaching resolution: First, who killed Smith (and how) and second, who attempted to cover up what happened.


No one at SLED or the attorney general’s office would comment on or off the record regarding the status of either Smith-related inquiry.

All SLED has said publicly is that its agents have made “progress” on the case.

On the prosecutorial side, pressure is reportedly mounting from multiple corners to issue indictments in connection with the Smith investigation – with some sources starting to complain of a “grand jury backlog.”

Is that all that’s holding up the show, though?

According to my sources, the Smith case is similar to a fatal February 2019 boat crash that claimed the life of another Lowcountry teenager – Mallory Beach of Hampton, S.C. The boat crash – which thrust the Murdaugh family onto the statewide stage – resulted in multiple criminal charges being filed against the late Paul Murdaugh and sparked an ongoing civil court showdown involving his family and another powerful defendant.

The Murdaughs remain at the heart of an obstruction of justice investigation based on what transpired after the boat crash.

“Not necessarily,” the source cautioned, although they indicated the family clearly had “a link” to the alleged coverup of Smith’s death.

On December 15, 2015 – five months after Smith’s murder – SCHP investigators received a tip from Darrell Williams of Varnville, S.C. According to Williams, his stepson Patrick Wilson told him Shawn Connelly – another Hampton County teenager – was driving a vehicle which “struck and killed Stephen Smith” on the night in question.

At the time of Wilson’s “confession,” he was facing attempted murder charges which were later dropped by the office of S.C. fourteenth circuit solicitor Duffie Stone. As regular readers are well aware, Stone’s office employed Alex Murdaugh as a badge-carrying attorney. Stone also followed Murdaugh’s father, grandfather and great-grandfather in office.

Both actions were later dismissed by Murdaugh-friendly judges in the fourteenth judicial circuit.

Were these cases used as leverage? And if so … why?

Sources close to the Smith family and its attorney tell this news outlet they do not care who is ultimately charged in connection with this case – only that charges are brought and justice is served.

I concur … hopefully sooner rather than later.

Columbia Police Officer Shot At Teen Like He ‘Was A Deer,’ Lawsuit Says