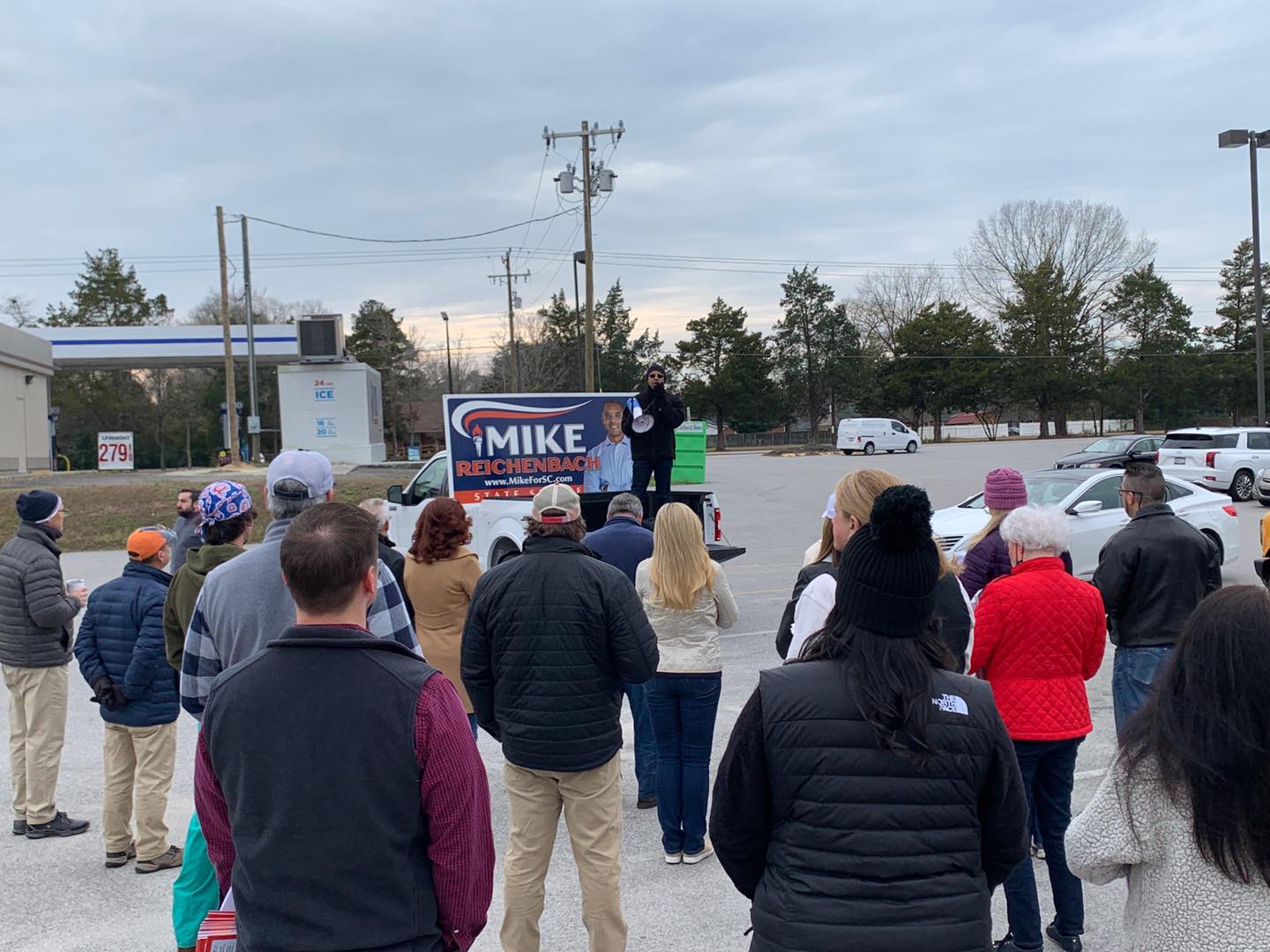 South Carolina’s political elite – and the monied interests subsidizing its left-leaning “leaders” – suffered an ignominious defeat in a special primary election for the S.C. Senate in Florence County on Tuesday evening.

Meanwhile, a conservative businessman and political newcomer is one step away from claiming a seat which was held for decades by the Godfather of the status quo in the Palmetto State – the late Hugh Leatherman.

The challenge ahead of victorious GOP candidate Mike Reichenbach? To live up to his campaign rhetoric … and actually cast conservative votes in the (likely) event he prevails over mental health advocate Suzanne La Rochelle in the special election for this seat on March 29, 2022.

Reichenbach defeated fourth-term S.C. state representative Jay Jordan on Tuesday evening in the GOP primary for S.C. Senate District 31 – delivering a stunning rebuke of some of the most powerful individuals and institutions in the Pee Dee region of the Palmetto State (and at the S.C. State House).

Big money and big power went “all in” for Jordan … and still came up short.

“How incredibly humbled and honored Charisse and I are to have earned the trust and support of our Pee Dee neighbors,” Reichenbach said after the win, referencing his wife Charisse Reichenbach – the star of his first campaign advertisement.

“Together, we are going to end politics as usual and usher in the conservative leadership we all desire, with a strong commitment to cutting taxes, protecting tax dollars, and fully supporting law enforcement,” Reichenbach continued.

Make no mistake … I am going to hold Reichenbach to that promise.

And he had better deliver on it, too … because South Carolina cannot afford another GOP sellout.

The S.C. General Assembly (and especially the Senate) is full of so-called “Republicans” who talk the talk but fail to walk the walk. They campaign as “conservatives,” but then embrace all manner of mindless government growth, crony capitalism and command economic disasters – all while consistently rejecting free market calls for broad-based tax relief, expanded parental choice and the privatization of non-essential government functions.


Reichenbach took a decisive stand against this failed status quo … and now it is time for him to stand and deliver.

I am not holding my breath on that, by the way …

Reichenbach’s upset – fueled in part by the support of Upstate businessman John Warren – has the potential to be significant in shifting the ideological orientation of the South Carolina legislature more toward freedom and free markets.