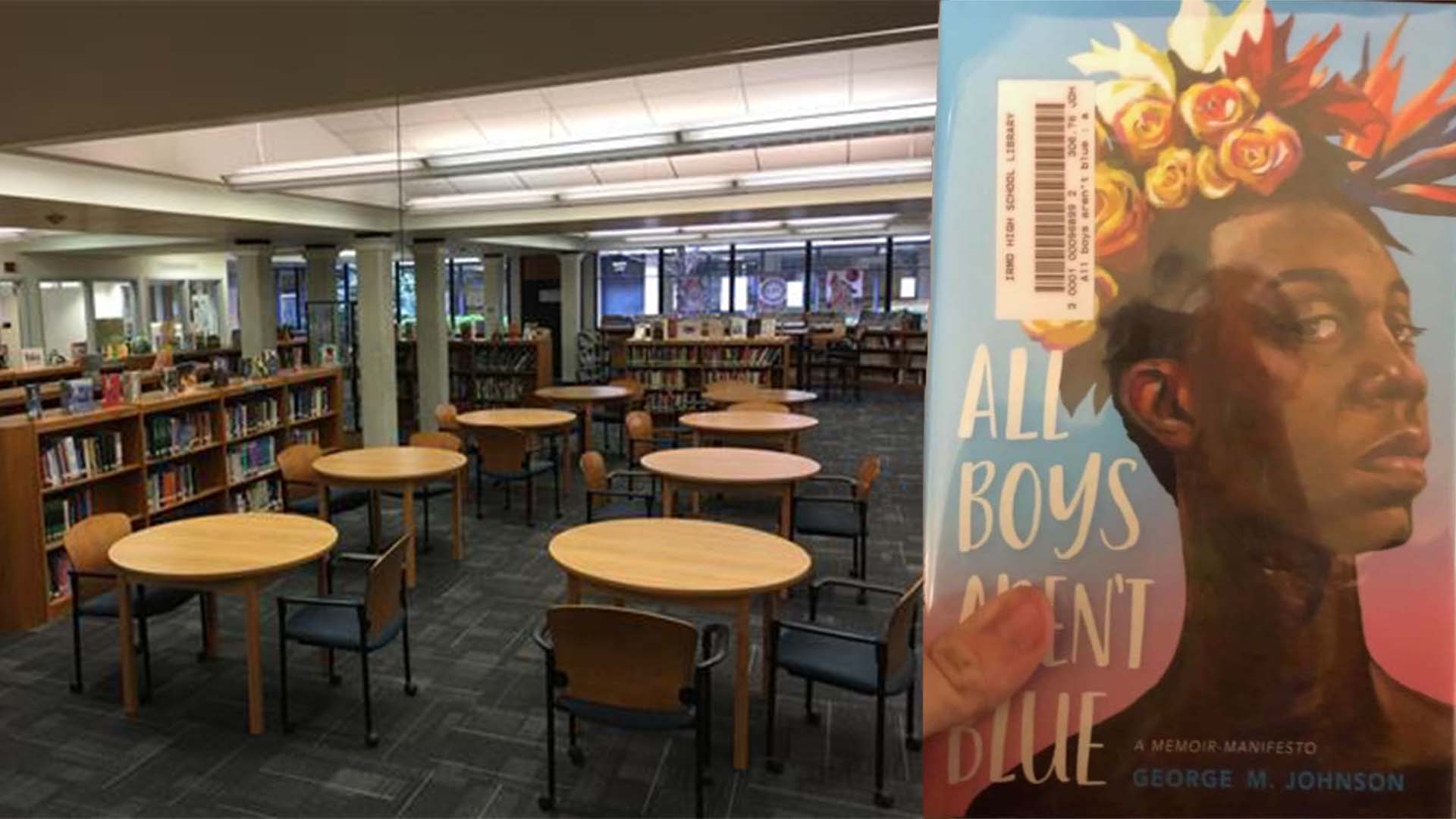 Pornographic books are being placed on school library shelves across the country – and in South Carolina – sparking outrage and controversy following their discovery by concerned parents. One book in particular, which graphically depicts gay incest (among other explicit sex acts) – has brought this growing controversy home to a suburban school district in the Midlands region of the Palmetto State.

When a parent of an Irmo high school student discovered All Boys Aren’t Blue by LGBTQUIA+ activist George M. Johnson at at the school’s library recently, they were sufficiently disturbed to quote several passages at yesterday’s school board meeting.

In this “memoir-manifesto” the main character describes losing his virginity …

“For the first few minutes, we dry humped and grinded,” another passage read.

Other passages – which I will decline to republish here – were far more graphic in their descriptions of various sex acts.

In a May 2020 interview with the late Petra Mayer for NPR, Johnson was told his book “read like a textbook in places.”

“Was that your intention?” Mayer asked.

There has been a concerted push to get All Boys Aren’t Blue and similar titles on the shelves of school libraries across the country. The Young Adult Library Services Association (a division of the American Library Association) put the book at the top of its Teens’ Top 10 book list in 2021. This is one of the lists which guides schools in their book purchasing decisions.

The author articulates the argument of many of his fellow activists, saying the “notion that keeping vital information from people who will then learn through trial and error is a disservice to young adults everywhere.”

“If knowledge is power, then give them the damn information,” Johnson said.

Conservative activists disagree. Prominent conservative activist James Lindsay argued in a recent podcast that “through brand names like ‘comprehensive sex education’ and one of its parent programs, ‘Social-Emotional Learning (SEL),’ our government schools have been turned into Groomer Schools, and parents are beginning to notice.”

Lindsey is currently writing a book which will delve into various aspects of the ongoing culture wars, and these graphic “groomer” efforts will figure prominently in his narrative.

South Carolina elected officials have been following the issue closely as well. For example, governor Henry McMaster (above) took notice when he “received examples of pornographic materials found in schools from concerned parents in Fort Mill.” In a November letter to outgoing S.C. Superintendent of Education Molly Spearman, McMaster requested that she “immediately begin a comprehensive investigation into the presence of obscene and pornographic materials in public schools in South Carolina.”

The governor probably shouldn’t put much faith in Spearman, a political chameleon who was employed by the notoriously liberal S.C. Association of School Administrators (SCASA) prior to running as a “Republican” for superintendent of education back in 2014.

Spearman isn’t seeking reelection in 2022. Another chameleon, Kathy Maness of Lexington, S.C. – is running to take her place.)

McMaster might have better luck with S.C. State Law Enforcement Division (SLED) chief Mark Keel, whose agency has also been asked to look into the obscene materials.

“I trust you agree that pornography and obscenity have no place in our state’s public schools, much less in their libraries,” McMaster wrote. “Aside from being deeply disturbing and manifestly inappropriate, it is likely illegal under South Carolina law.  Accordingly, by copy of this letter, I am simultaneously notifying the South Carolina Law Enforcement Division of this matter for further evaluation.”

Do sexual books in school libraries violate South Carolina obscenity laws? It is hard to tell. Section 16-15-305 (B) (1) says that material is obscene if “to the average person applying contemporary community standards, the material depicts or describes in a patently offensive way sexual conduct specifically defined by subsection (C) of this section.”

This echoes the 1973 U.S. Supreme Court decision in Miller v. California. Miller created a three pronged test for obscenity – one which asked whether the average person, applying contemporary community standards, would find the work appeals on the whole to prurient interests; describes sexual conduct in a patently offensive way (or) lacks any serious literary, artistic, political or scientific value.

Is All Boys Aren’t Blue obscene by the S.C. General Assembly’s definition? probably. But the laws aren’t written with schools in mind and it is unclear how courts might interpret them.

A lawmaker, the governor, an elected official, a state agency head or even a person appointed to serve on a board or commission is legally entitled to ask attorney general Alan Wilson for a legal opinion. Solicitor general Bob Cook could then provide an opinion that would “attempt to resolve the legal question as the author believes a court would decide the issue.”

In response to this particular incident, Lexington school district five leaders noted that they were “reviewing library books presented to the school board” under a policy related to “public concerns and complaints about instructional resources.”

In the coming days and weeks, this news outlet hopes to host a spirited public debate on this issue. Given that pornographic books have been found in school libraries across the country – and in two separate South Carolina schools – we can expect this will continue to be a topic of public discussion as additional volumes are uncovered.

If you’d like to submit a tip related to this story you can reach me at Dylan@fitsnews.com. If you have an intelligent take on this – or any other issue – that you’d like to share with our readers, please send it in. We are proud of our open microphone policy and would be glad to publish your contribution to the marketplace of ideas. If you prefer make your opinion known from your toilet seat my twitter handle is @dnolan2000.