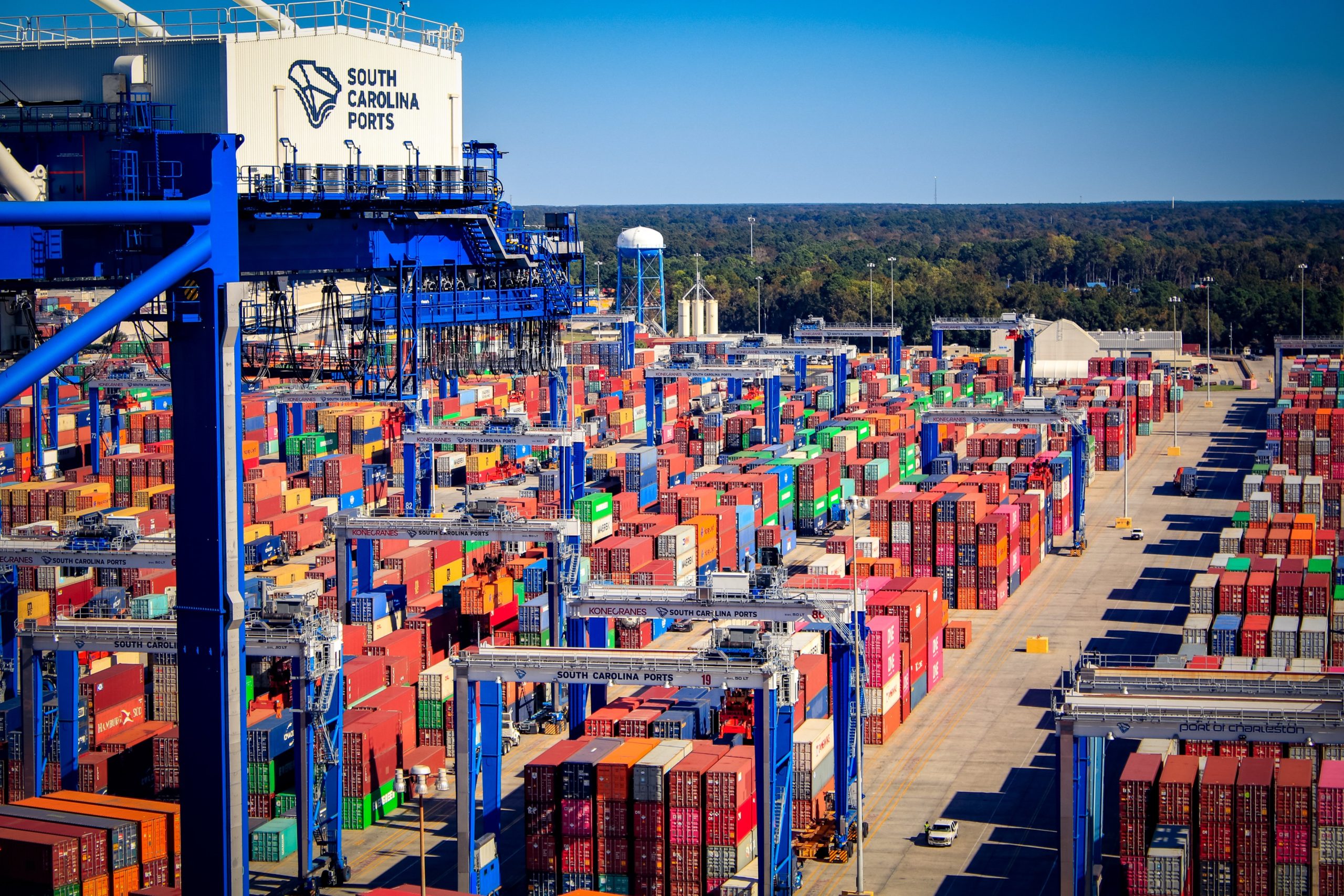 South Carolina’s government-run ports agency continues to boast about its “record” numbers, but as bureaucrats with the results-challenged South Carolina Ports Authority (SCPA) prepare to pat themselves on the back at their annual self-congratulatory “State of the Ports” gathering this week – the truth is worth exploring in greater detail.

Just don’t expect to get any of that context from The (Charleston, S.C.) Post and Courier, which for years has remained content to serve as the agency’s cheerleader.

According to an SCPA release last week, the Port of Charleston – which entered the current millennium as the fourth-busiest port in America – moved 205,008 twenty-foot equivalent units (TEUs) during the month of September.

“This is a five percent increase year-over-year,” the agency boasted, citing a new “record for the month.”


“While the global supply chain remains under tremendous pressure, SC Ports is fortunate to have invested in the right port infrastructure at the right time,” its outgoing leader Jim Newsome said in a statement. “We have the cargo capacity, berth availability and terminal fluidity that retailers need to quickly move their cargo as we head into the peak season.”

Sure … until you take a peek across the Savannah River.

During the month of August 2021, the port of Savannah moved a staggering 485,595 TEUs – its second-best month ever (eclipsed only by the 498,064 TEUs it moved back in March of this year). That is more than twice the 234,688 containers that moved through the port of Charleston that same month.

Newsome doesn’t like to talk about those numbers, though …

Through the first eight months of the year, Georgia ports moved 3.7 million containers – more than twice the 1.8 million moved through South Carolina. In other words, the Peach State – which surpassed the Palmetto State in 2006 as the busiest port in the southeast – is on pace to double South Carolina in terms of total containers moved in 2021.

That wouldn’t be surprising because doubling up the Palmetto State is exactly what Georgia did in 2020 – moving 4.7 million containers compared to South Carolina’s 2.3 million.

Georgia has been crushing the Palmetto State for years – part of a broader economic evisceration that picked up momentum several years ago when former South Carolina governor Nikki Haley shamelessly sold out her state’s own port system. Haley’s betrayal cleared the way for Georgia’s government-subsidized harbor expansion in Savannah – a project which has been followed up with even more aggressive expansion plans.

Charleston and Jacksonville will get a temporary boost over the next two months as a pair of shipping lines – Hapag-Lloyd and CMA CGM – route two of their services away from Savannah “due to severe congestion” at the bustling port, according to an article published last week by Kim Link-Wills of American Shipper.

Still, though, this abbreviated competitive advantage will evaporate in December when Savannah’s new capacity comes online.

Dating back to 2006 (the year Savannah overtook Charleston) I have pushed for state government to get out of the port business and allow private sector companies to manage port infrastructure. To be clear: I have no issue with taxpayers owning these assets, I just happen to believe they should be run by businesspeople – not a bunch of bickering, incompetent political appointees.

“I have argued for years that South Carolina should not be in the port business – and that the management and development of these competitive assets should be left exclusively to the private sector,” I wrote back in the spring. “Not only in Charleston, but in Jasper county – site of the last deepwater port location on the eastern seaboard.”

Despite decades of promises to build a terminal in Jasper county, South Carolina leaders refuse to actually do it – choosing instead to try and ram additional capacity into Charleston, S.C., which simply lacks the infrastructure to support such an expansion.

“Allowing the private sector to manage the state’s port assets would not only enhance operational efficiency it could potentially free up potentially hundreds of millions of dollars in public money for needed infrastructure enhancements – including the Jasper port,” I added.