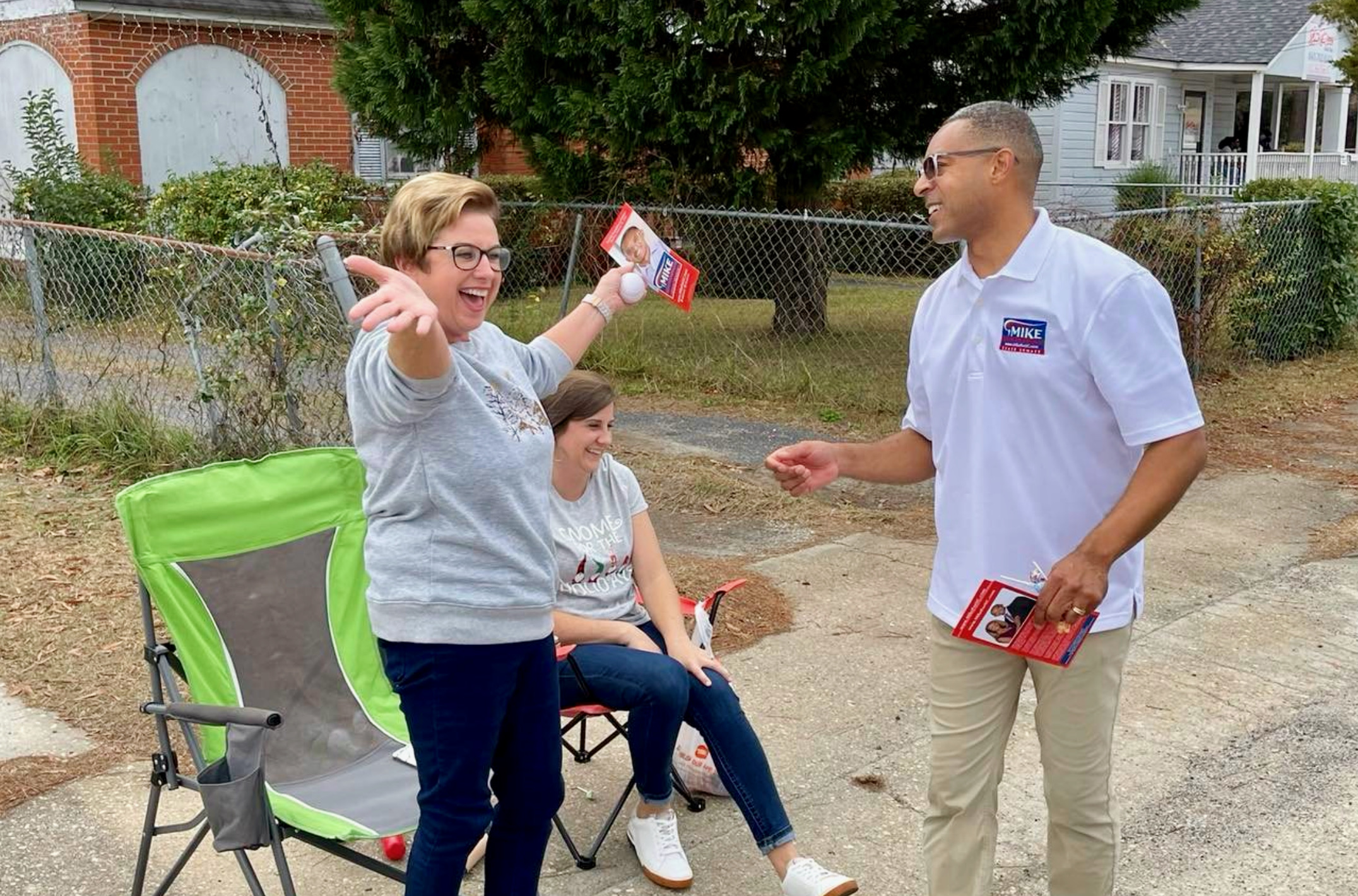 As Palmetto politicos emerge from their holiday break, a special election to fill a Florence County, South Carolina Senate seat vacated by the death of legislative leader Hugh Leatherman is ramping up. This race has become a classic “outsider versus insider” affair – with a veteran member of the S.C. House of Representatives honoring the legacy of the late liberal politician and a local businessman hoping to provide an alternative to the state’s failed status quo (of which Leatherman was the preeminent architect over the past two decades).

According to a news release from Reichenbach’s campaign, the thirty-second television spot – entitled “Our State Senator” – is part of a “six-figure media buy” aimed at introducing him to GOP primary voters.

Narrated by Reichebach’s wife, Charisse Reichenbach, the ad highlights the first-time candidate’s “experience as a job-creating businessman, the founder of the Helping Florence Work jobs program, a volunteer law enforcement officer, a pro-life Christian Conservative, a husband and father of two, and a political outsider making his first run for public office,” according to the media release.

“While we have been taking Mike Reichenbach’s inspirational story and conservative Republican platform directly to voters through our districtwide listening tour and grassroots efforts, we are excited to launch our first television ad,” Reichenbach campaign manager Phillip Habib said in a statement announcing the ad buy.

The former chairman of the Greater Florence Chamber of Commerce (GFCC), Reichenbach has an impressive reservoir of community support for a first-time candidate.

“He’s been very active in the community of Florence,” one law enforcement spouse told me. “I don’t have much experience with (Jordan) but Mike has always been very involved.”

Reichenbach also has widespread name identification in the district owing to his network of regional automotive dealerships.

“He is a very formidable candidate,” one of Jordan’s backers acknowledged earlier this month, citing recent efforts by conservative activists in the region to recruit Reichenbach to run against Tom Rice for the U.S. congress.

Leatherman’s death last month triggered a special election for S.C. Senate District 31 (.pdf). A special primary election will be held on Tuesday, January 25, 2022 with the special election itself scheduled for March 29, 2022.


Reichenbach and Jordan are the only two GOP candidates who filed for the vacant seat. Mental health advocate Suzanne La Rochelle is the only Democrat who filed, meaning she will face the winner of the GOP primary in the special election on March 29.

One important voting bloc to watch in the “Republican” primary election? Social conservatives …

During his unsuccessful bid for the U.S. congress in 2012, Jordan thumped his Bible about as hard as any candidate I can recall in recent years – part of an effort to maximize the political clout of his home church, the Florence Baptist Temple.

An institution in Pee Dee politics, Jordan’s church could face a credible challenge for the evangelical electorate in this race, however. The source of that challenge? NewSpring Church – the home church of Reichenbach and his family. Sources tracking this election tell me Jordan’s campaign is extremely leery of Reichenbach’s potential to split the social conservative vote via an engaged congregation at NewSpring.

I have yet to weigh in on this race editorially, although I was extremely disappointed to see Jordan claim that Leatherman “left a legacy of accomplishments that will continue to better our state and region for generations to come.” While I do not believe either candidate in this race would benefit politically by speaking ill of the dead, Jordan’s pro-Leatherman rhetoric is demonstrably false – as evidenced by the dire straits in which the capital of the Pee Dee currently finds itself.

I called that comment out for what it is … “a major red flag.”