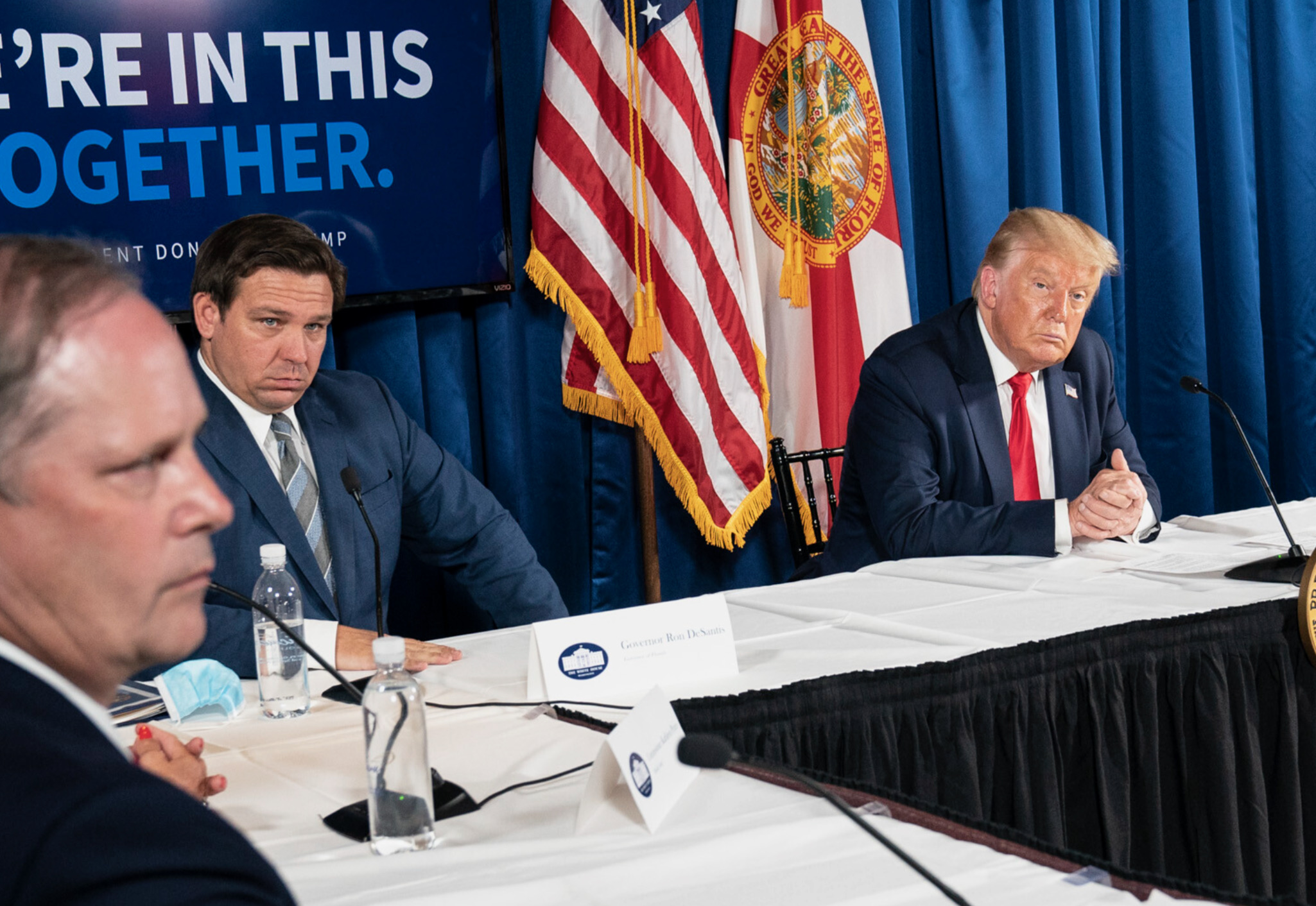 The 2024 presidential election is full of unknowns. We are all “looking into a mirror, darkly,” for those of you familiar with the expression from the Pauline epistles. For example: Will incumbent Joe Biden seek a second term? And if not, who would replace him on the ticket? The hugely unpopular Democrat (who has an even more unpopular vice president) has said he will run again if he is in “good health” – but there is growing concern within his party that he has simply lost too much ground with the electorate to be viable.

On the GOP side, will former U.S. president Donald Trump seek his party’s nomination? Even before Trump left office last January he was already sending signals that a 2024 bid was in the offing.

Assuming he runs, would any credible GOP contenders challenge Trump?

And beyond that … who would Trump tap as his running mate?

First: Will GOP voters support Trump if he runs?

Second: If Trump doesn’t run, which GOP candidate would they support?

On the flip side of that coin, the conundrum for Democrats is “if not Biden, then who?”


Meanwhile, in musings far more essential to the future of our nation, independent voters like me are wondering whether 2024 will be the year we finally have a “credible” choice that falls outside of the red-versus-blue false dichotomy? A choice of which we are clearly eager to avail ourselves?

As I noted last week, early-state partisan primaries kick off at the very beginning of an election year. This includes South Carolina’s “First in the South” presidential preference primary in late February (assuming GOP leaders allow it to be held this year). Peak campaign season runs for a solid year (at least) leading up to these primary dates. And the jockeying for position ahead of these elections begins … well, now.

For many Republican primary voters, their dream ticket in 2024 consists of Trump and Florida governor Ron DeSantis – who has emerged as the top choice of 20 percent of the GOP electorate, according to a recent University of Massachusetts survey (.pdf). Even better for DeSantis, 37 percent of GOP primary voters saw him as their “second choice” for president in that poll.

Those numbers absolutely smoke the support for self-proclaimed “Iron Lady” Nikki Haley, who was the first choice of only 7 percent of GOP primary voters and the second choice of just 8 percent, according to the UMass data.

The problem? Article II, Section I of the U.S. Constitution, which contains the following language establishing the method of electing presidents and vice presidents.

The Electors shall meet in their respective States, and vote by Ballot for two Persons, of whom one at least shall not be an Inhabitant of the same State with themselves.

Wait … what? Does this mean a president and vice president cannot come from the same state?

On June 15, 1804, the Twelfth Amendment to the Constitution was ratified – updating the method of presidential and vice presidential selection.

While this amendment established separate ballots for the top two executive branch offices, the “same state” prohibition from the original founding document was preserved almost verbatim …

The Electors shall meet in their respective states, and vote by ballot for President and Vice-President, one of whom, at least, shall not be an inhabitant of the same state with themselves.

Hmmmm … so what does this mean for a prospective Trump-DeSantis ticket?

Contrary to popular misconception, these two men – both of whom currently reside in the Sunshine State – can run together as a ticket. The problem would arise if the Trump-DeSantis ticket wound up carrying Florida and its thirty electoral votes in 2024. There is a compelling case to be made that in such an instance, Florida electors would be prohibited from voting for both Trump and DeSantis.

Actually, it’s more than just a compelling case … Florida electoral voters would be prohibited from voting for both Trump and DeSantis.

Would Bush have won the White House in 2000 without Texas’ 32 electoral votes? No …

Assuming Trump wanted to tap DeSantis as his No. 2 (hardly a sure thing given the hot-and-cold nature of their relationship), one of the two would more than likely need to leave Florida.

Clearly, it wouldn’t be DeSantis – who announced his bid for a second term as Florida’s governor back on November 8, 2021. So does this mean Trump would swallow his ego and move back to New York (a state he said treated him “very badly” prior to his departure)? Or perhaps establish his residency at his prestigious golf club in Bedminster, New Jersey?

Or … would Trump make DeSantis move if he wanted the No. 2 spot?

Stay tuned … but the constitutional hurdle associated with Trump’s hypothetical selection of DeSantis as his 2024 running mate certainly doesn’t hurt the vice presidential aspirations of other candidates.