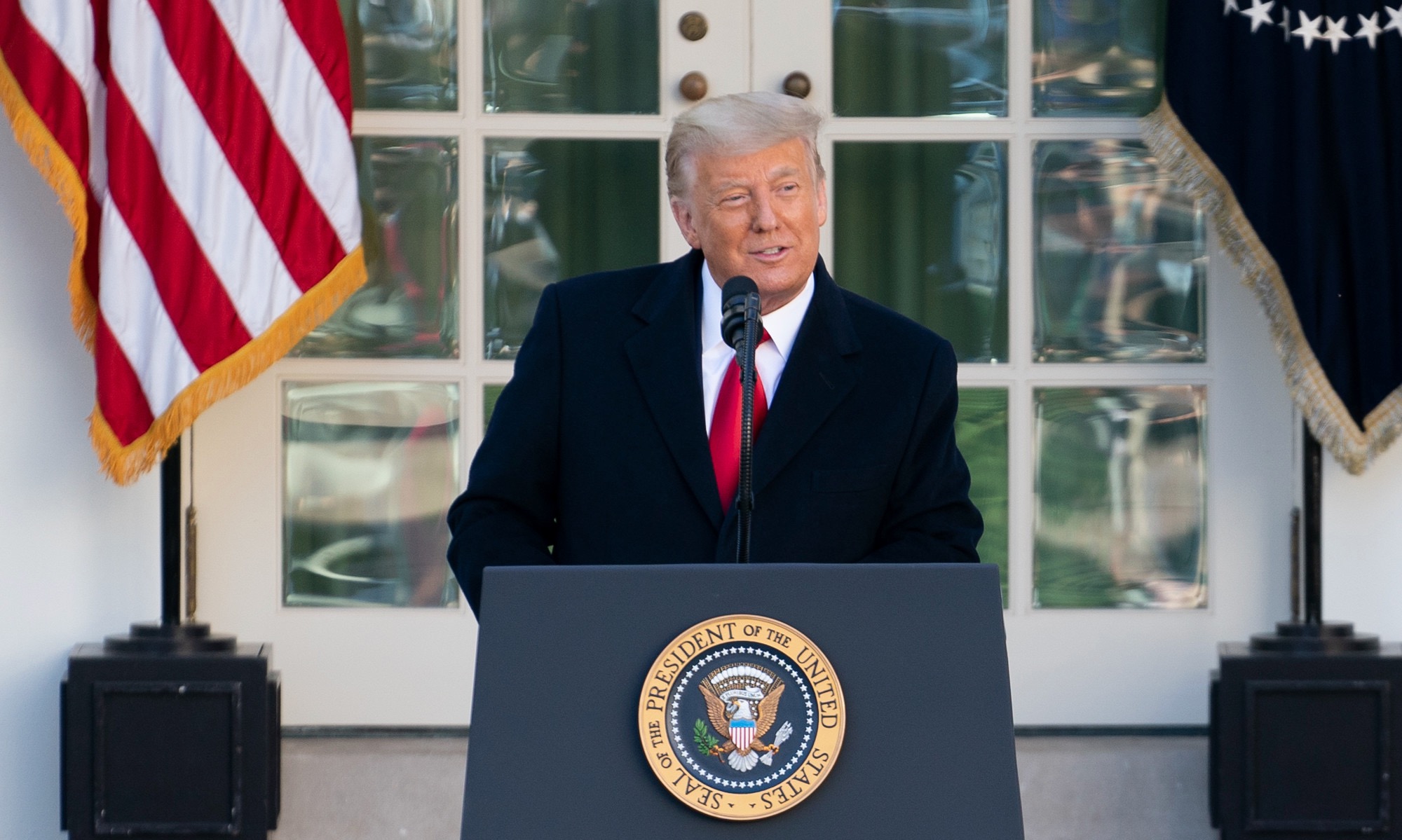 U.S. president Donald Trump is reportedly considering a 2024 campaign kickoff event on January 20, 2021 – the day Democrat Joe Biden is scheduled to be sworn in as the nation’s 46th chief executive.

News of Trump’s purported plans was first reported by Asawin Suebsaeng of The Daily Beast, a left-leaning news outlet. Suebsaeng based his reporting on “three people familiar with the conversations.”

Trump has yet to concede the 2020 election, which appears to have been won by Biden owing to surprisingly narrow margins in a quartet of swing states – Arizona, Georgia, Pennsylvania and Wisconsin. Trump has alleged widespread voter fraud in these states (and others), however as of this writing his legal team has yet to present an evidence-based narrative detailing how fraudulent votes provided Biden with his winning margins.

And the clock is ticking …

“There is plenty of smoke … but the burden of proof lies with Trump and his attorneys to show us the fire,” we noted in a post last week.


Unlike most mainstream media outlets (and their social media amplifiers), we remain open to the presentation of such an evidence-based narrative. In fact, we believe the transparently one-sided “reporting” and overt censorship taking place in the aftermath of the contested 2020 vote is far more dangerous to the Republic than the prospect of Biden receiving an abbreviated or uneven transition.

Also, the last time we checked Trump wasn’t exactly provided with a smooth transition by the administration of former president Barack Obama, was he?

More importantly, we believe our nation must fundamentally rethink the way it conducts elections. In 2016, liberals insisted Trump stole the election with the help of Russian saboteurs. This year, conservatives are adamant Democratic politicians in urban city centers stuffed the ballot box for Biden.

Trust in the integrity of the vote is at an all-time low – and if it is to be restored, we need to ensure we are holding elections we can trust.

Anyway … Trump’s campaign conversations could signal he is pivoting his strategy away from actively contesting the 2020 election and actively campaigning in the 2024 contest instead.

Early polls show Trump as the runaway favorite to capture the Republican nomination in the event he runs in 2024. No one else even comes close – much to the chagrin of neoconservatives and their preferred standard-bearer, former United Nations ambassador Nikki Haley.

A whopping 68 percent of GOP voters (and GOP-leaning independents) want to see Trump run again, according to a recent Newsmax/McLaughlin Associates survey.

“In a crowded field of 14 possible candidates for the 2024 Republican primary, no one comes close to President Trump,” pollster John McLaughlin said.


According to The Daily Beast report, Trump is timing his inauguration day election announcement in an effort “to keep the Republican Party behind him for the next four years.”

Obviously we are a long way away from the first primary elections of the next presidential cycle, but the early answer to that question is an unequivocal “yes.”

A significant chunk of the GOP electorate not only supports Trump, it worships him – and these voters are not about to embrace anyone else in the event he is a candidate. In fact, they would likely view anyone stepping forward against him as committing treason against the conservative movement Trump has claimed as his own.

Trump’s most credible potential rival – vice president Mike Pence – would be committing political suicide by challenging him, for example.

Assuming Trump is able to capture the 2024 nomination, how might he fare in a general election in four years’ time?

Again, we are a long way away from such a scenario but Trump could conceivably find himself well-positioned ideologically in the event Biden and the Democratic establishment are forced to veer to the left – which would doubtless have pernicious economic consequences for the nation.

Bottom line? While his 2020 prospects are certainly dimmer than they have ever been … Trump remains eminently viable in 2024.

So whether you love him or hate him, Trump isn’t going anywhere anytime soon.