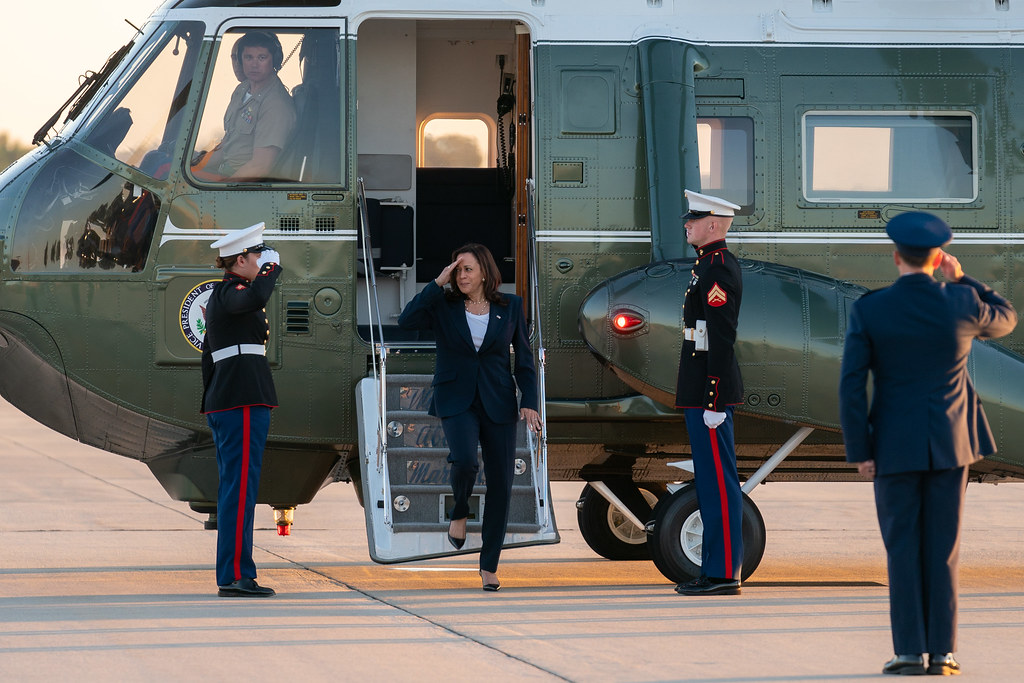 Late last month, I received an email from Market Research Foundation (MRF) – a predictive analytics firm specializing in grassroots political engagement. Its focus? Vice-president Kamala Harris, and the “huge hesitations” Americans purportedly have over her ability to lead the nation.

These hesitations were brought to the fore last week when Harris briefly assumed the powers of the presidency while Joe Biden underwent a routine medical procedure which required anesthesia. This was the first time in American history executive authority had ever been vested in the hands of a woman.

How did Harris do? Well, she only had her hands on the conn for around eighty-five minutes, so it’s hard to say … but it is abundantly clear the public has little faith in her ability to handle the job on a more permanent basis.

This lack of faith could become a much bigger deal in the event Biden declines to seek a second term in office, although a trio of Washington Post reporters insisted over the weekend that the incumbent and “members of his inner circle” have “reassured allies … that he plans to run for reelection in 2024.”

According to the Post, such a move would “effectively freeze the field” for Harris and other prospective Democratic presidential contenders.

Has Harris already frozen herself out, though? You know … sort of like she did during the 2020 campaign? That is certainly what the current numbers would suggest.

“Americans do not appear at all confident Harris is qualified to lead the country,” MRF’s analysts noted, citing recent polling data from a variety of sources.

Since this report came out, polling data has gotten even worse for Harris …

According to a USA Today/ Suffolk survey released earlier this month, Harris’ approval rating stood at an atrociously low 27.8 percent – a full ten points lower than Biden’s anemic 37.8 percent mark. Conversely, 51.2 percent of respondents disapproved of Harris’ performance in office – while 21 percent said they were “undecided.”

Those are truly awful numbers, people … in fact, they are even worse than the polling data on former “Republican” vice president Dick Cheney, who prior to Harris was the least popular vice president in American history.

Why is Harris so unpopular? According to reporter Eugene Daniels, who covers Harris for Politico (and appears eager to maintain his access), the problems do not emanate from the vice president.

“This is a woman who has been attacked by Republicans all year,” Daniels said during an interview with one of his colleagues earlier this month. “They have spent a lot of time making sure that every problem that Biden has is her problem. Even if there is an ad about Joe Biden, there is a picture of her. So there are all these little things that have happened over this time; so much money has been spent by Republicans saying, ‘This woman is the border czar, where is she? Where’s Kamala?’ And those have all had an effect on Biden’s poll numbers and then her poll numbers.”

Wait, though … wasn’t the border criticism valid on some level?

I think so … and again, I have defended Harris from some of her critics in the past.


“There is obviously racism involved, and we know how women politicians are treated in this country,” he added. “So she is kind of the first test case in national office of what that looks like.”

In parsing some of the recent polling, MRF analysts found the problem with Harris had less to do with her skin color and more to do with her left-of-center ideology. Citing a late October YouGov poll (.pdf), they noted 38 percent of Americans said Harris was “too liberal” compared to 28 percent who say she is “just right” ideologically.

Among independent voters, 41 percent said Harris was “too liberal” compared to 22 percent who said she was “just right” ideologically.

“The American people are just not that into Harris,” Myra Adams wrote recently for The Hill. “She rubs many voters the wrong way — branded as an uninspiring leftist and weak leader — although she’s credited with a historical gender and race breakthrough.”

Whatever is driving down Harris’ polling numbers, Democrats need to figure it out if they hope to stave off a potential shellacking at the polls in 2022 and 2024 (like the one they absorbed earlier this month in Virginia).

Don’t take my word for it, though … ask Harris.

“What happens in Virginia will, in large part, determine what happens in 2022, 2024 and on,” the vice president said just prior to the GOP’s decisive victory in the commonwealth on November 2, 2021.

Donald Trump Confirms Nancy Mace Is On His Target List